The panthers are all sick at the moment with colds and various things.  They are just lying around the house or hiding.  It is quite pitiful! 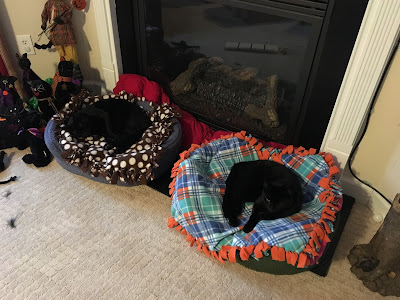 Flynn and Harrison resting by the "fire" trying to stay warm :)  They both have a cold and are sneezing a lot. 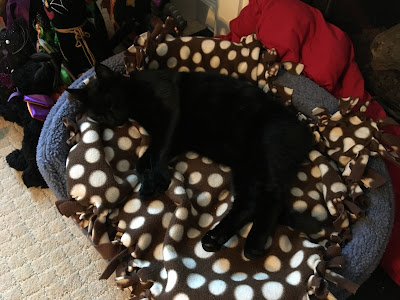 Harrison has moved to a new bed. He is eating well but doesn't feel like playing or anything. 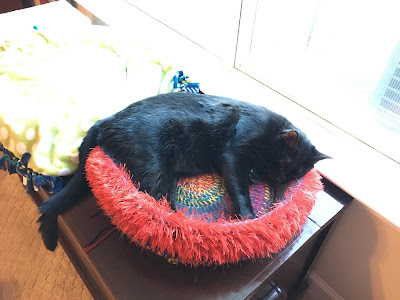 Flynn hoping the sun will help him.  He still eats fine and is starting to perk up a bit now.  He and Harry have been sneezing for at least 5 days now.  We should be getting to the end of the cold. 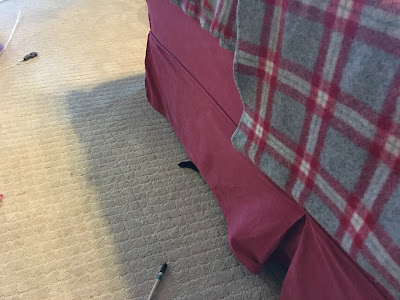 This is Oliver's tail sticking out from under the couch.  He is having a worse time than the others and has ulcers in his mouth and throat.  He is growling a lot because he is uncomfortable.  He is on pain meds and something to help coat the ulcers.  That medicine is obviously of the devil because he flings his head around and I end up wearing more than he gets I feel!  He started by flicking his mouth funny on Wednesday night, so he went in on Thursday.

He continued to eat, if you would put his favorite hard food in a pile under the couch.  Canned food hurt his mouth too much. 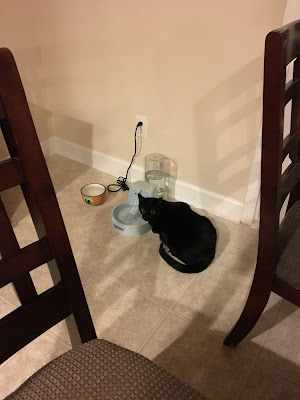 Last night (Sunday) he came out for a bit to drink.  This morning he was out more as well and asking for snuggles.  I think he is on the mend, finally!

Purrs that the panthers feel better soon...they are true mancats in how they handle feeling poorly!