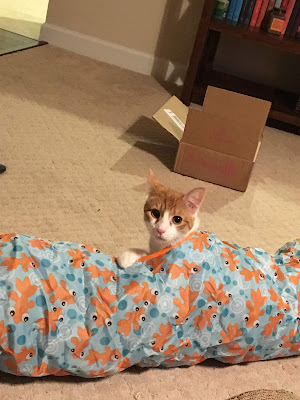 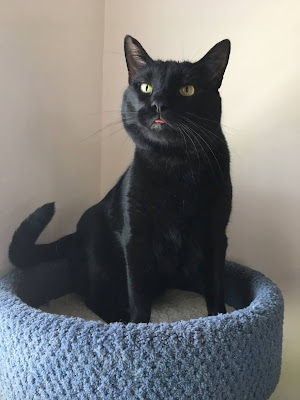 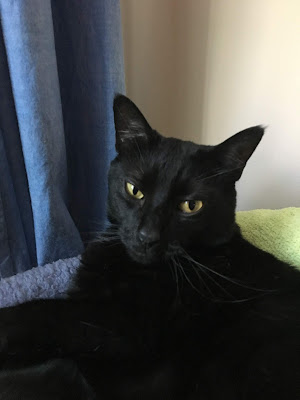 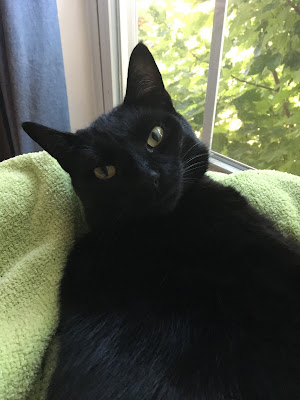 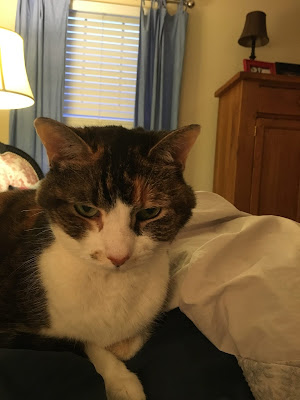 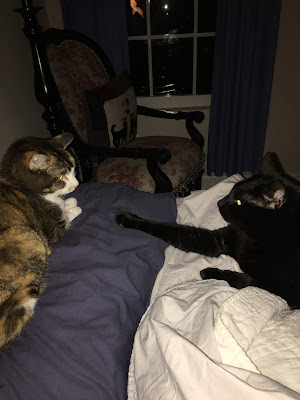 Posted by SuziQCat at 8:39 AM 6 comments:
Labels: Cousin Sophie, Flynn, I'm not touching you, pesky brother

The mancats have all had a great week! 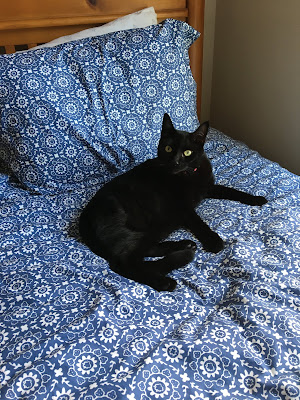 Harrison has reclaimed his bed in the guest room now that our housemate has moved out!  He is so happy and full of himself! 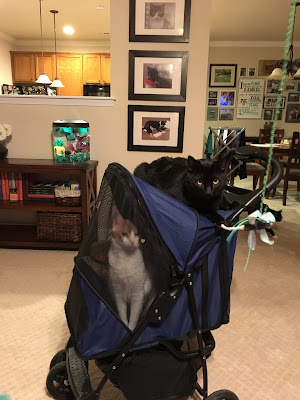 Flynn is teaching Rusty how to ride in the stroller.  Sorry Flynn, you can't ride on the top when we are outside! 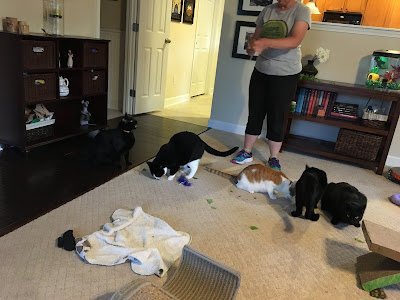 Catnip party!  l-r Oliver (on the hardwoods and hard to see) George, Rusty, Harrison and Flynn 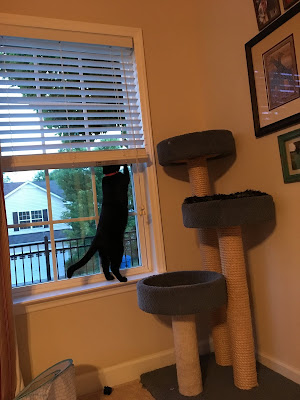 Harrison hears a fly in the blinds... 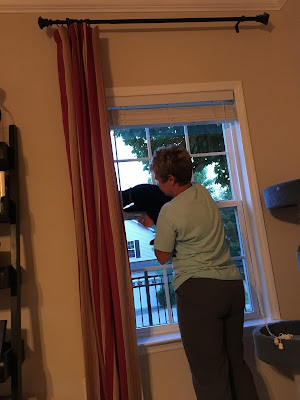 Auntie comes and helps him... 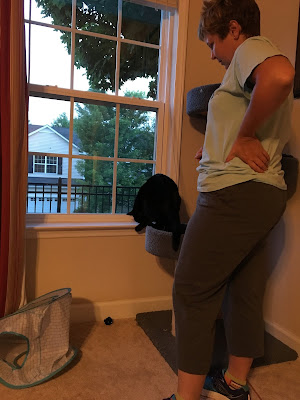 Hope you all are doing well.  Thanks for taking time to check in on our crazy family.