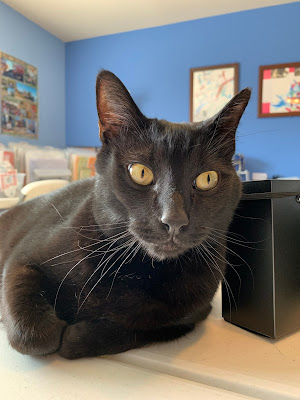 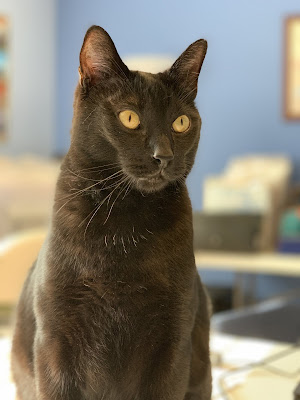 This is one of the hardest posts to write in a long time.  Oliver had to run to the bridge this past Friday. 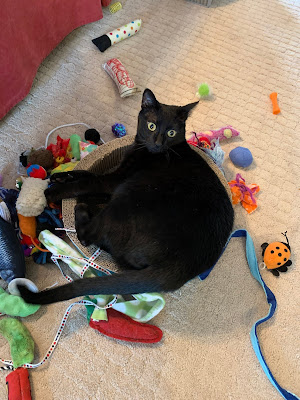 He went to the vet on Thursday May 28, to have some small bumps on his side looked at.  He was given an antibiotic injection and told to come back in two weeks.  The bumps didn't show any cancer cells, but had bacteria and some inflammation. 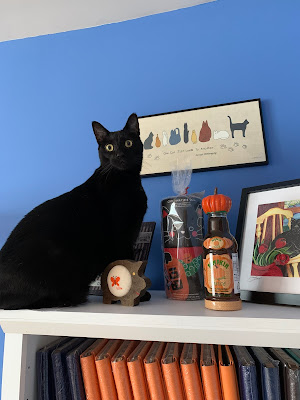 During this two weeks, Oliver felt puny on the Friday after that visit, and I figured it was from the antibiotic.  By Saturday, my boy was playing and back to his goofy silly self...see photo above :)

Over the course of the next couple of weeks, until our recheck, he had good days and some off days.  He was always eating though and drinking, just didn't always feel like playing.

Two days before his recheck appointment on Thursday, he started lying around and not wanting to be part of the family much.  I could tell he didn't feel like himself, but again was still eating and drinking. 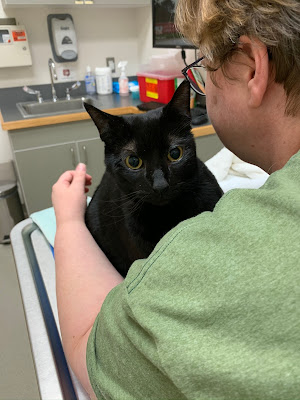 I took him for his recheck on Thursday, and the vet felt a large mass in his abdomen.  We did x-rays and blood work.  The x-rays confirmed a mass and also fluid in the abdomen.  We needed to wait on the blood results, and he was scheduled for an ultrasound on Tuesday, when the mobile clinic comes.

I took him home and gave some pain meds to help him because he seemed a bit painful.  He rested all afternoon and evening, eating when I took him food and drinking.

Friday morning the vet called and said he was super anemic, that the ultrasound could not wait and to go to the emergency clinic at the vet school immediately.  He would call and send over all the records.  All other blood values was normal.

Off we went and they took Oliver inside, because we still can't go in because of COVID.  They called and confirmed the masses from a preliminary ultrasound, they heard a heart murmur as well.  Testing recommended:

I accepted all but the Echo because I felt the murmur had to do with the abdominal fluid and not the primary focus at this time.

The vet agreed and since it would take a few hours, I could go home.  I gave the CPR order to try and save him once and if he continued to arrest just let him go.

It was a long afternoon, but at 2:30 they called and said the fluid in the abdomen was blood.  He had masses on his spleen, liver, pancreas and in some lymph nodes.  They were waiting on pathology reports which could take another couple of hours.  They were not able to aspirate the masses because of all the blood in the belly, but they pulled some of it out to test anyway.

5:30 the vet calls back.  There isn't a definitive answer for the type of cancer, but everyone is in agreement that it is cancer.  The vet had spoken to surgery to see if he would be a candidate, and the surgeon said no, there are too many masses in too many locations.  He spoke with the oncology group and they also said chemo was not an option, this is far too aggressive and has already spread to too many places.

My only option was euthanizing him.

I made that decision and asked if I came over would I be able to be with him during the procedure.  He said absolutely, so off Auntie and I went. 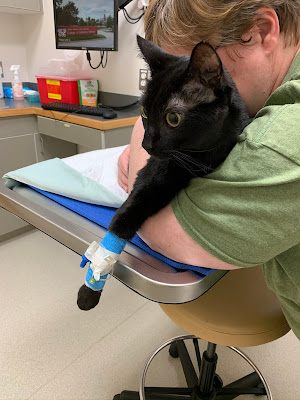 The room was set up nicely for us, and I was able to spend a lot of time with Oliver before calling them in for the procedure.  He was high as a kite from all the meds, but enjoyed his snuggles.  It was the hardest thing to press the door bell to have them come back to administer the drugs.  Again though, we were able to spend as much time as needed with him before calling them back to collect him.

I have requested a necropsy, but we are not sure if he will get one.  Again, because of covid things have changed and they aren't doing everyone, just a few a day.  I hope he gets selected because I would like to know what kind of cancer he had.  Options are hemangiosarcoma (which is what Devon had) or carcinomatosis.

The other boys have noticed he isn’t at home.  Rusty is extra clingy today, because Oliver acted like his mom at times, always washing his head.  Harrison and Flynn have come for more attention too…I’m not sure if it is for me or them.

One day at a time and we will heal.  I will keep the good thoughts and memories of Oliver in my heart always.