Hello all, it's been a while again, but the mancats are all doing well. 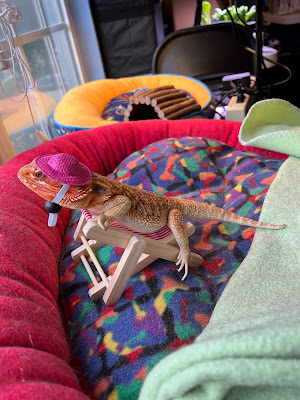 Pumpkin is gearing up for a trip to the beach with me and Auntie in September. 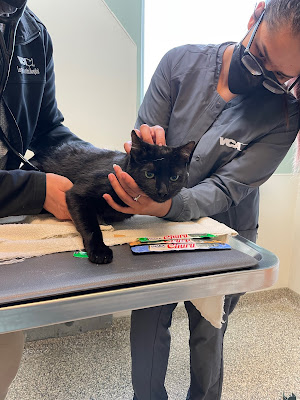 It's been a month of vet visits...every mancat and Pumpkin have gone in this month!  Charles was not impressed, but he is healthy and good for another year. 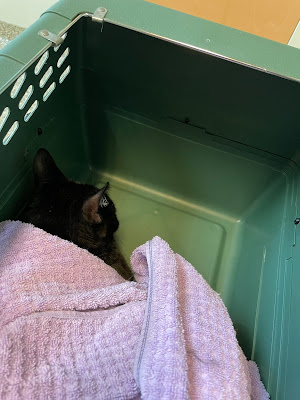 Charles tries to hide in the carrier.  I hate that my boys get so nervous! 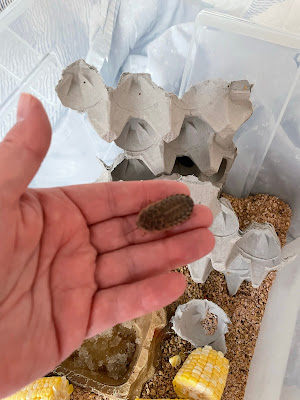 Pumpkin's food is growing...these are her roaches. 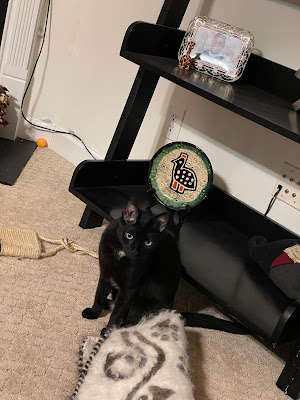 Charles loves to play with this mat...such a cutie! 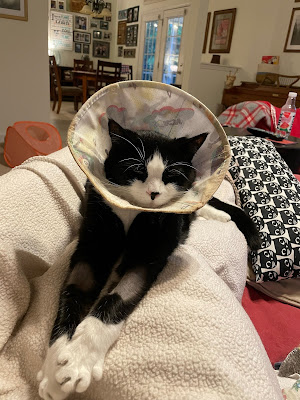 Cousin's George, Izzy and Lenny all went to the vet as well.  George needed a mast cell tumor removed and ended up with 14 staples and the cone of shame!  He terrified poor Charles. Pumpkin checking out her beach tent...the sides are mesh, so she'll get plenty of fresh air, and the top zips so we don't have to worry about sea gulls. 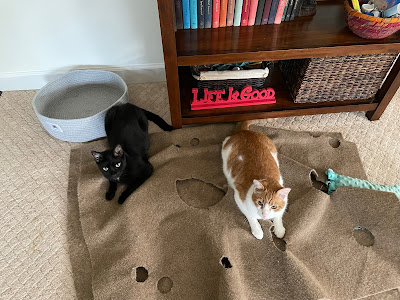 Rusty and Charles love playing pokey stick.  Rusty went to the vet to have his toes looked at.  They are just crusty, so I have some mousse to put on them each day.  This is the second time poor Rusty has gone in for being dirty! 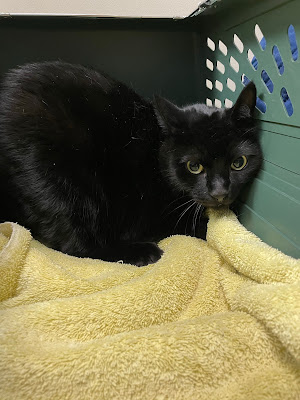 Harrison isn't happy, but should be done for another year now! 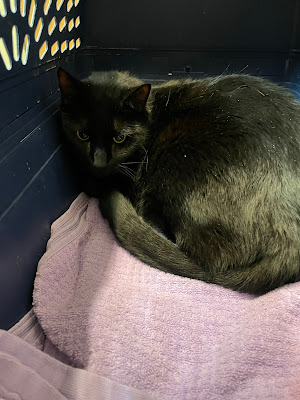 Flynn had two vet visits, his annual and then a recheck at the dentist.  He will be going in December for a dental cleaning and images. 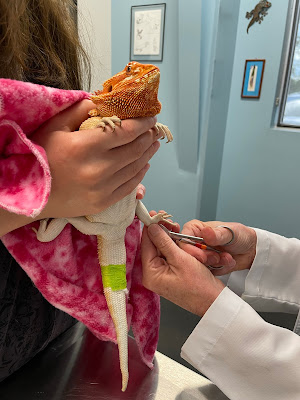 Pumpkin needed her toe nails trimmed, which she didn't mind.  They are so small, I am still uncomfortable doing it myself. 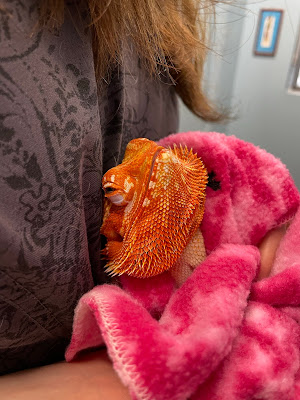 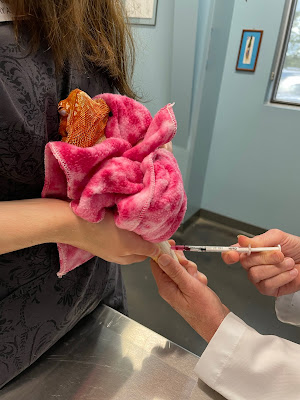 She did not appreciate getting her blood drawn!  Her blood work is all good though, but she did have some protozoa in her poop.  She did Metronidazole for a week, and I need to take a sample in for testing.
Busy times but we are all healthy and doing well.  Thanks for stopping by to check on us!
Posted by SuziQCat at 12:09 PM 2 comments:
Labels: Charles, Cousin George, Flynn, Harrison, Pumpkin, VET
Newer Posts Older Posts Home
Subscribe to: Posts (Atom)