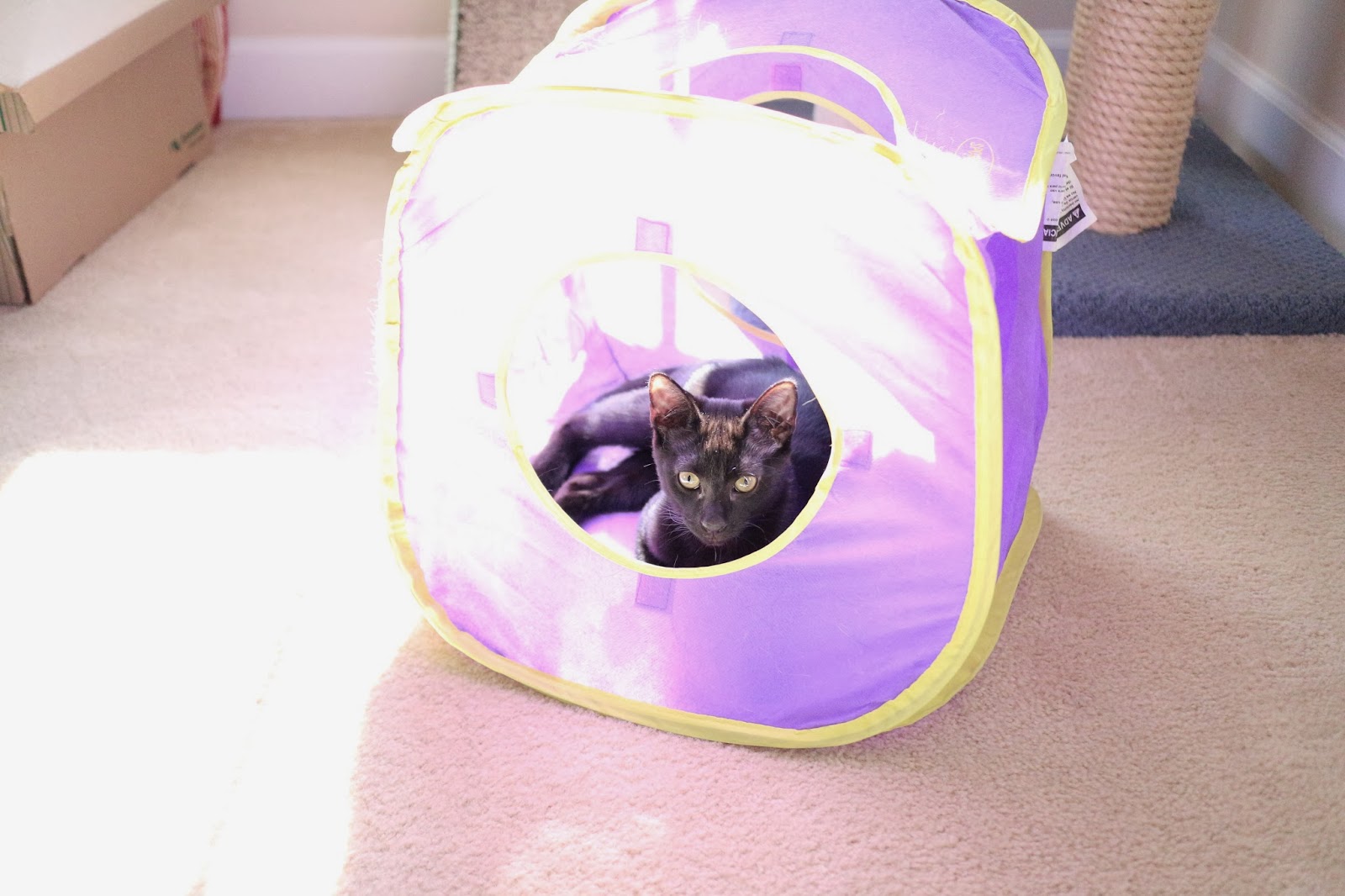 Little man Ollie had his neuter yesterday, and did fantastic!  Everyone at the vet's office loved him, and they threatened to steal him from me.  I don't think he spent much time in his cage for being toted around!  He is a love bug and enjoys attention.
At home last night, he was starving, so he ate really well.  I had hoped he would go on to sleep after a hearty meal, but no, he was a wild man!  I think he was so excited to be back home, and to see Cousin Georgie...they played and played. 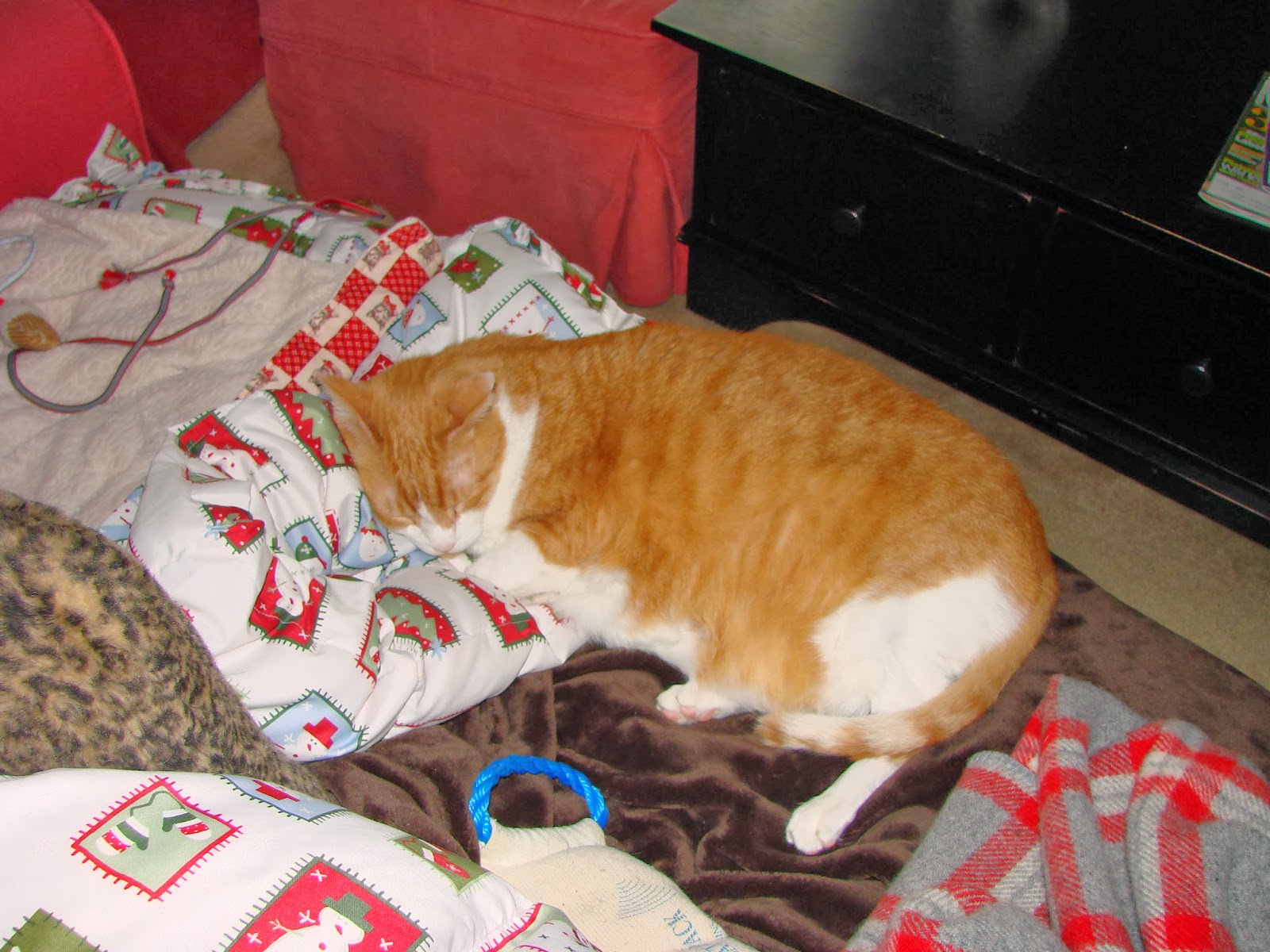 Tanner is feeling better, and did not need an antihistamine this morning!  He is still sneezing some, but does not seem as "stopped up" as he had been. 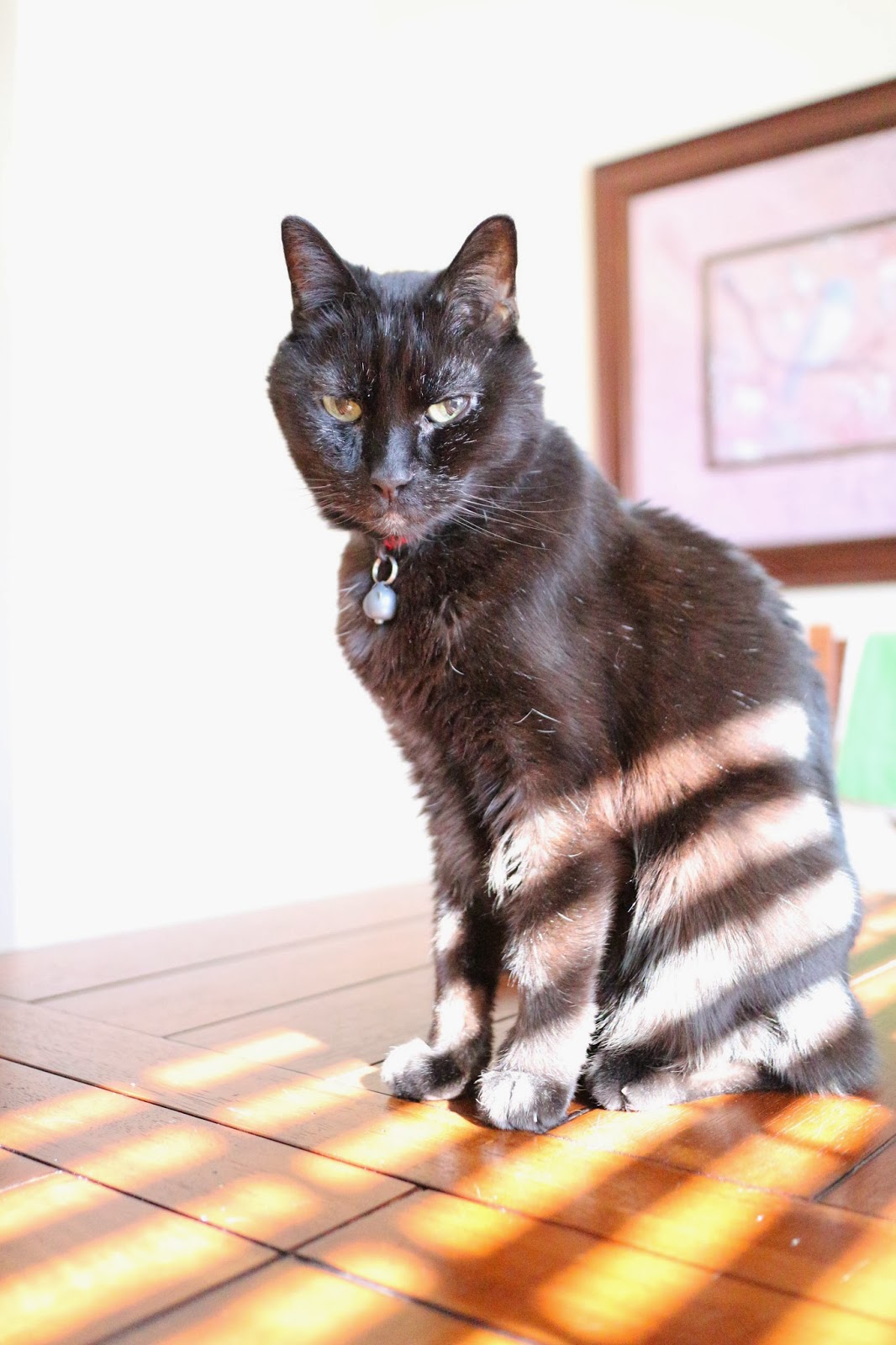 Smokey has been having a rough time lately, and so another trip to the vet has revealed that he is hyperthyroid now.  We have started on his medicine for that, and I can see improvement in his eating, and overall perkiness.  He is also in the high-normal range for kidney values, so even though he looks good on paper, we have started giving some fluids, twice a week, to see if that will also perk him up.  He seems to stay in a constant state of slight dehydration, and that is enough to make him feel puny.
So, he is getting a thyroid pill daily, a shot or pill of Pepcid daily, appetite stimulant a few times a week, sub q fluids twice a week, and then his arthritis shot and immuno-therapy injection each just every two weeks.  He is turning into a pin cushion/medicine cabinet!
My hope is that we get him back on the right path, get his blood values stabilized and can maybe wean from some of these meds/procedures...but we will keep doing them as long as they are needed.
That's the news on my three boys this week...
﻿
Posted by SuziQCat at 9:44 AM
Labels: Kidneys, medical update, Neuter, Ollie, Smokey, Tanner, Three boys, Thyroid