The boys are returning to normal after their big adventure last week. 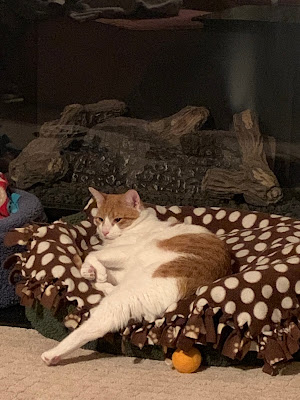 Rusty in his favorite spot at night.  This bed has a heated pad under the blanket, so he likes to cook.  I think he is getting a bit warm, since the one leg is sticking out. 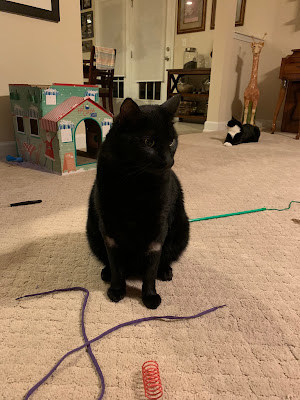 Flynn is asking to play with his strings.  He has quite a few that he likes.  It is a guessing game to pick the right one for each play session! 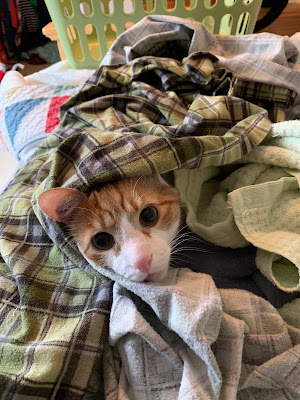 Rusty helped me with the laundry.  He loves to burrow in the clothes, just like brother Harrison.  He was purring up a storm! 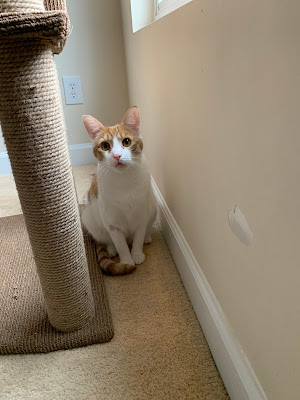 Wanting to play this morning, but Oliver was on top of the condo, and Harrison was in the room.  Rusty doesn't like to play in front of others.  He prefers the room to himself!

I haven't looked at their gums yet to see if the redness has gone.  I think they will all need their nails trimmed this coming up weekend, so I'll look then.

Posted by SuziQCat at 9:56 AM
Labels: Flynn, Rusty