We turned in our 4 black and white kittens on August 8th, and picked up three small babies with a mom.  The black and whites have all been adopted now! 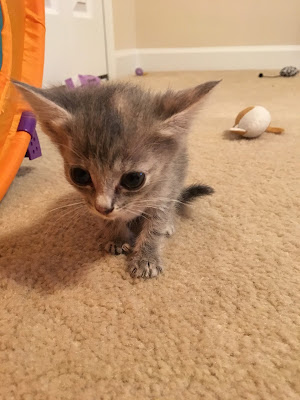 This is Madeline, she is the smallest of the three.  She and her sister Zoe appear to be from the same litter.  In looking at their teeth, they should be 4 weeks old...but only weighed 8 and 9 ounces respectively...very underweight! 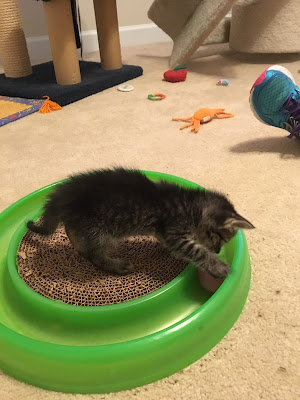 This is Monte...he was with the group, but I'm thinking he isn't a biological brother.  He weighs 14 ounces. 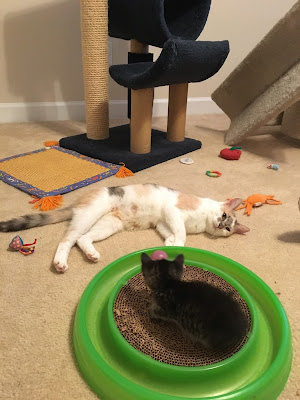 This is the mom Sadie.  She isn't their mom, but was dropped off and seemed to have been nursing so she was put with these kittens.  She has very little, if any, milk, so while the kittens were getting comfort and learning how to be cats, they were not receiving the nourishment they needed. 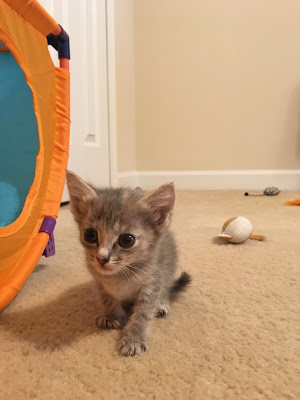 I worked from home on Thursday and Friday and syringe fed them every three hours to get them going...The small girls gained about an ounce a day.  They started playing more and looking less like pterodactyls and more like kittens!  Their back legs gained strength. 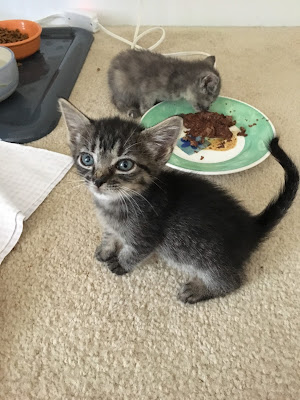 Monte looking proud on himself.  After a couple of days of syringing, the kittens would go to the food on their own and eat...definite progress! 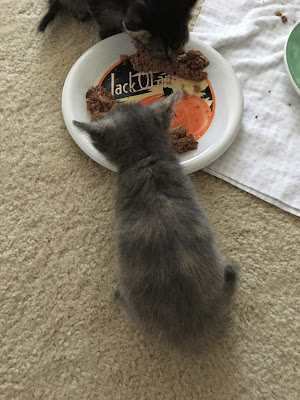 Zoe is plumping up nicely! 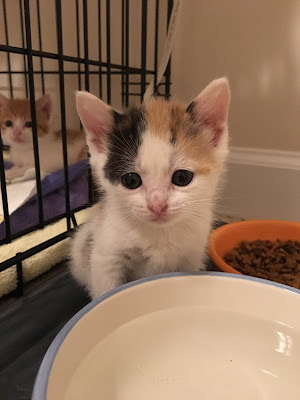 Wednesday of this week, we got a call about some new kittens that had come in.  They are about the same age as our current crew, so we agreed to take them.  We traded them for Sadie, because if she isn't producing for the kittens, she should go and try to find a home.  She should be spayed today.  There is a large "Clear the Shelter" event going on this weekend at all the local shelters, so lots of people should be out looking! 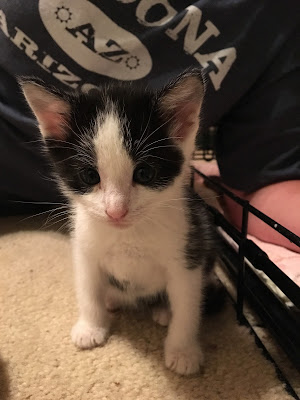 We got 5 new babies, which brings our total to 8 kittens.  This is Charlie. 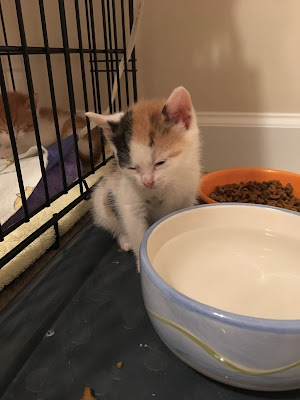 Josie was so tired she was falling asleep while drinking! 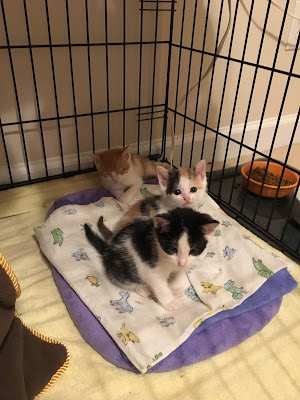 There are three orange and white babies named Regina, Caleb and Rusty.  They loved the heating pad in the cage.  Madeline was NOT happy about them taking over! 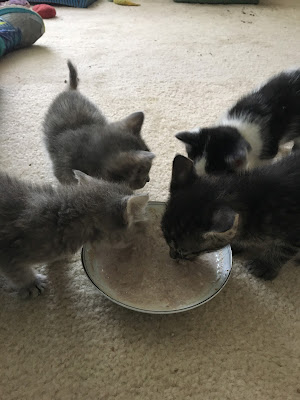 They are all getting along better now.  Everyone enjoys a bowl of milk/food slurry. 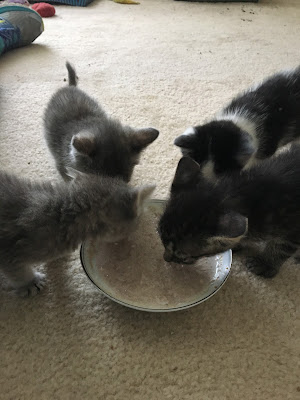 Seeing these new healthy babies really shows how underweight my original three are.   The new 5 are super sweet and social.  They were clearly raised in a home environment.  I hope their former home with spay the mom so more unwanted kittens are born.

Posted by SuziQCat at 8:43 AM
Labels: fostering, Fosters, kittens