Last weekend mom and Auntie went to the Wildlife Festival...there were many fun animals to learn about...we thought we'd let mom share with you today... 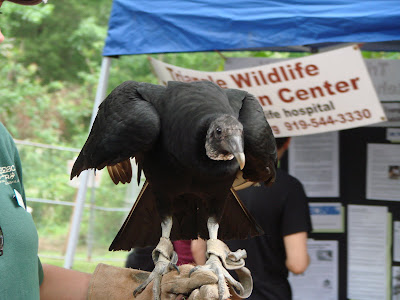 This is a vulture. Not sure what kind he is though... 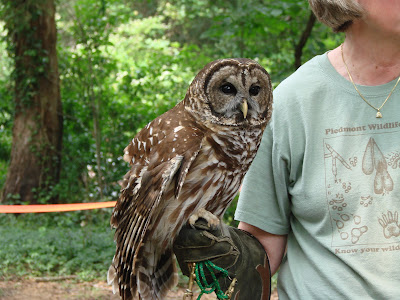 This is an owl...maybe a barred owl. Some animals were better labeled that others :) He belongs to the Piedmont Wildlife Center. 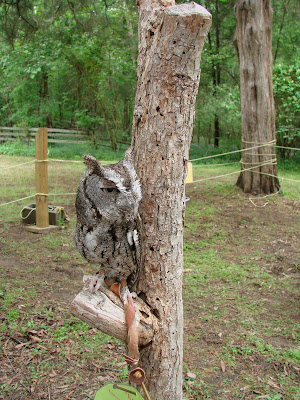 This is an Eastern Screen Owl (Grey morph). His tree was cut down, and his right wing amputated by the chainsaw. 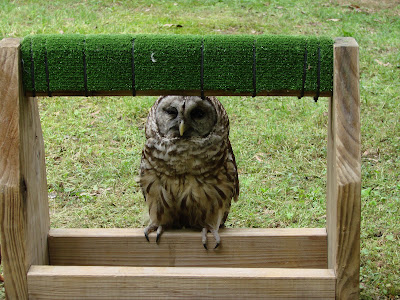 This is a barred owl...she is visually impaired in both eyes. She came to the rescue as a result of a collision with a car. Barred owls are one of the most common owls in the US. 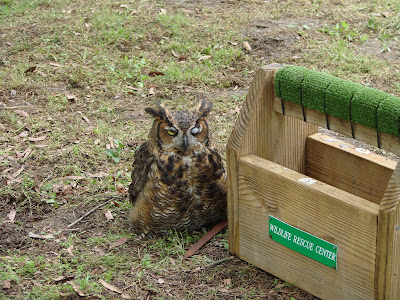 This is a Great Horned Owl. They are found throughout the US and are the largest and heaviest of the horned owls in the US. They will eat cats! This sweet girl has a wing injury. 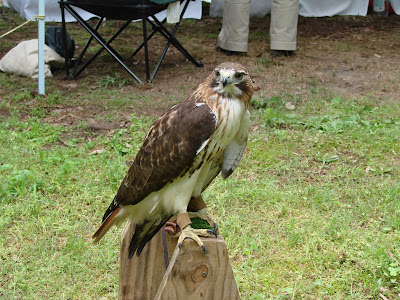 This is a Red-Tailed Hawk. She collided with a truck and broke her leg therefore she cannot be returned to the wild. 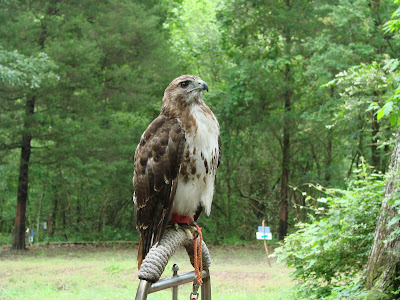 This hawk was a 'pet' of sorts for a falconer. He uses her to hunt mainly small animals like rabbits and squirrels. 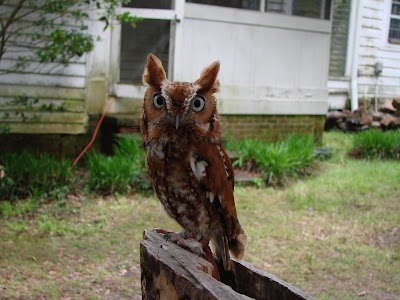 This is an Eastern Screech Owl. He is fully grown...what a cutie!

There were other examples of wildlife at the festival as well, such as turtles and snakes and lizards...mom and Auntie enjoyed the birds the most though.

We hope you have enjoyed seeing this wildlife today...tomorrow, we'll show you a guest we found in the garden!
Posted by SuziQCat at 8:38 AM
Labels: Wildlife, Wordy Wednesday