This will be a random post with a hodge podge of photos! 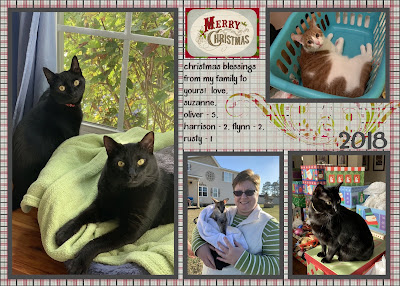 For anyone that did not see or receive our Christmas card, here it is.  I am holding a baby Wallaby, and no, he is not mine :) 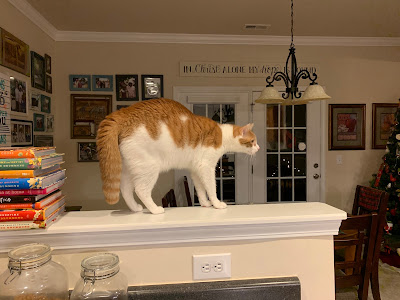 Rusty was spooked the other night.  Auntie was making a noise, and he saw Oliver pop up over the kitchen ledge...he thought Oliver was making the noise! 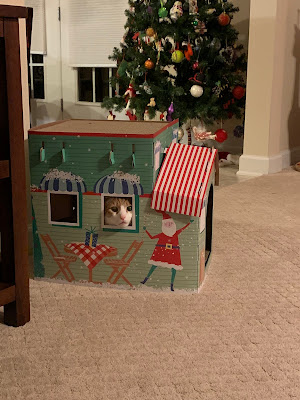 Your drink is ready at the cafe! 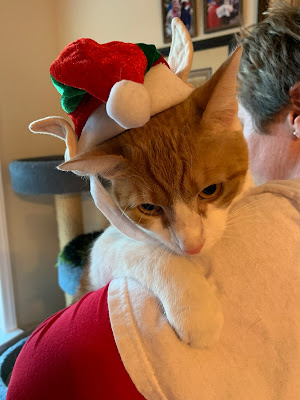 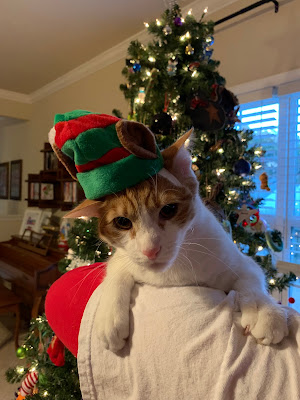 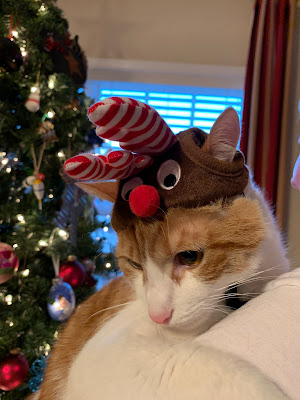 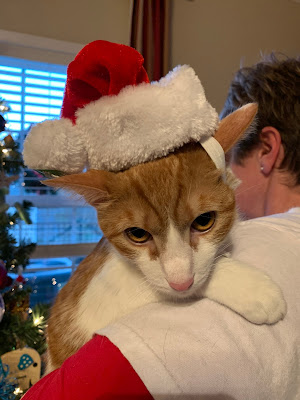 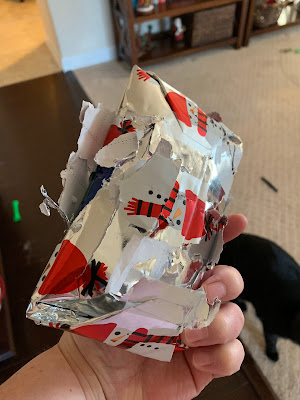 The boys were great with the presents until Christmas Eve.  They broke into this one during the night!  I guess they figure Santa had already come, so they could stop being good! 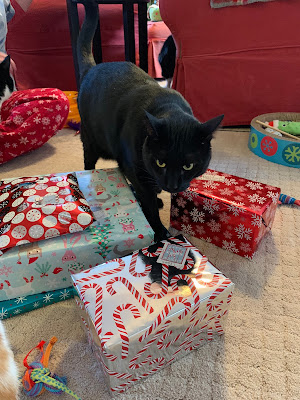 Flynn is ready to open presents! 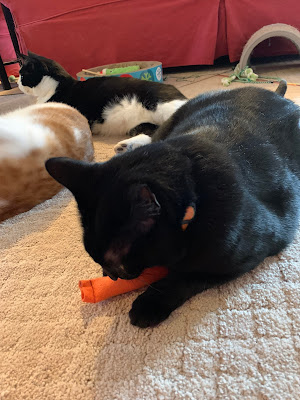 Oliver loved his catnip toy from his Cat Scout friend... 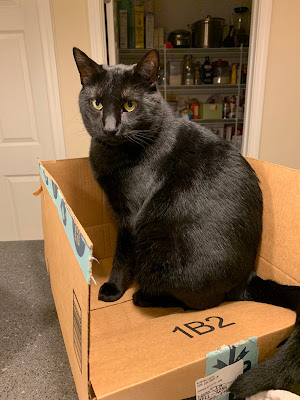 Flynn was excited about all the boxes that have been arriving at the house! 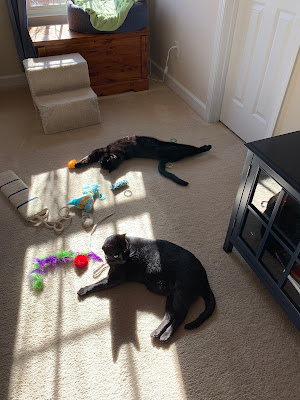 Harrison (back) and Oliver enjoying some sun and stretching... 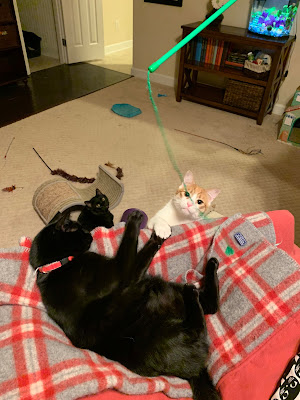 The boys playing on the couch.  Harrison is in his cushion hole, while Rusty tries to get the string.  Flynn watching and waiting for a good time to join in the fun!

We hope you all had a nice holiday break and are ready for a wonderful new year!