Flynn is a goofy boy.  He tears around the house like his pants are on fire where ever he goes!  He doesn't realize how large he is, or how long it may take him to stop when running at full speed.  He slams into walls, slides on rugs, and is a slight danger to himself and others!  I wouldn't want him any other way. 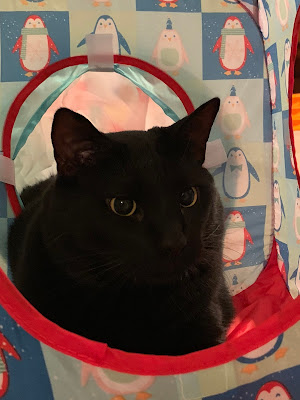 He enjoys hanging out in the Christmas cubes.  There are two cubes connected by a tunnel, so they don't venture around the house like his single igloo does. 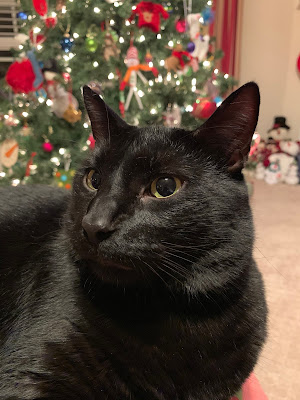 The bed on the ottoman is his favorite.  He sleeps hard when he lies down.  We laugh at him on Sunday because he seems to be wiped out the whole day! 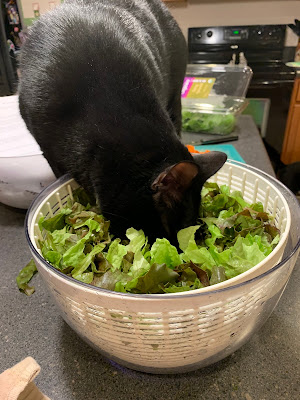 He loves lettuce!  He will help himself to it too.

Here is a video of him stealing a piece...he eventually ate the whole thing. 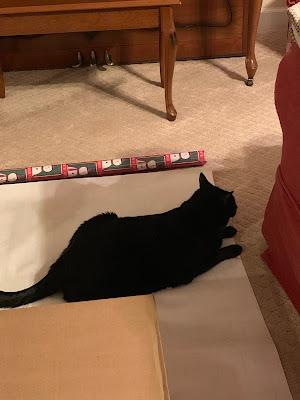 Flynn is a big helper, and know it is important to help wrap the gifts. 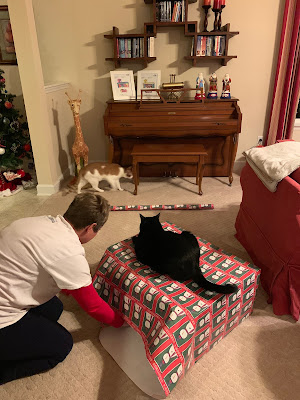 Auntie couldn't do it without you buddy! 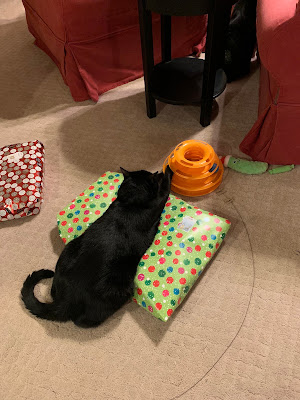 This one is finished, but Flynn knows it doesn't belong in the middle of the floor.  Thanks Flynn, we'll put it under the tree. As I mentioned before, Flynn is a large boy!  Take a look at those arms!

Posted by SuziQCat at 10:12 AM
Labels: Flynn, Video