Lots of photos again this week... 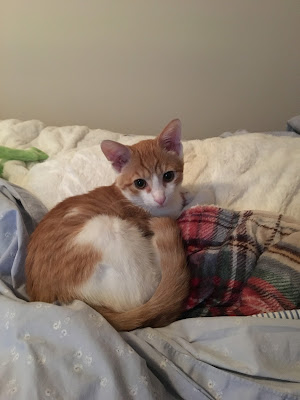 Rusty loves to snuggle in the bed.  This week he has been coming in while I am getting ready for work.  It is hard to leave when he is being so sweet! 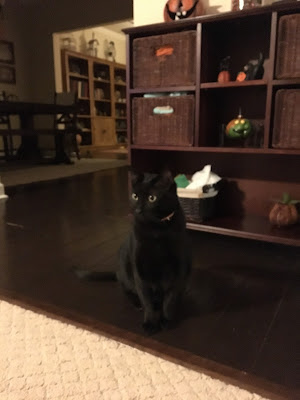 Oliver is more interested in playing.  He still isn't sleeping with me, but I hope he will return at some point!  He is very dramatic and gets his feelings hurt easily :) 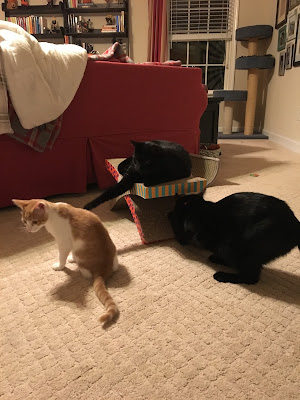 Flynn and Harrison are playing with Rusty more and more... 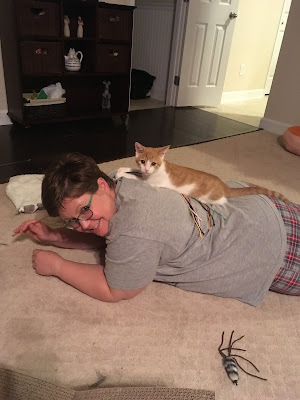 Rusty still prefers to play with me...he loves to be close and climb all over you! 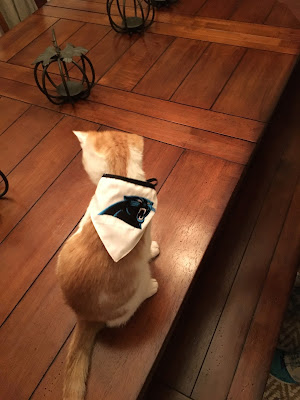 This was Rusty's first Halloween, so he had a couple of costumes.  He isn't very good at wearing them, but you take what you can get!  Here he is in his Carolina Panthers bandanna because he wants to be a panther too! 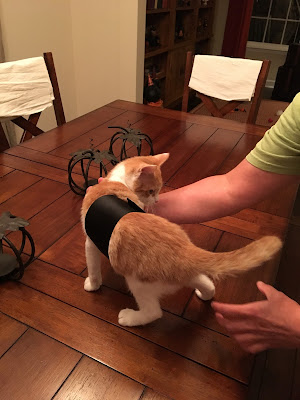 His real costume was to be Shrimp Nigiri or Ebi.  Since he is orange on the top and white on the bottom, all he needed was a seaweed band around the middle :) 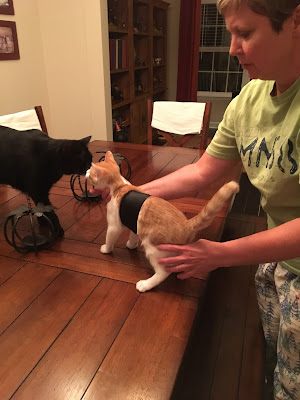 He was not in a cooperative mood....Flynn is like Dude, what are you wearing? 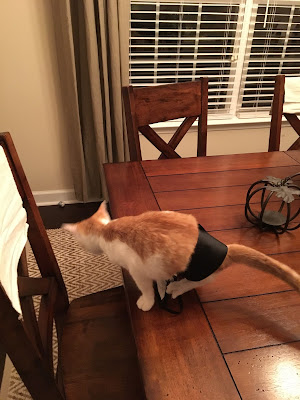 The band is a little big, so it slid down on his legs.. 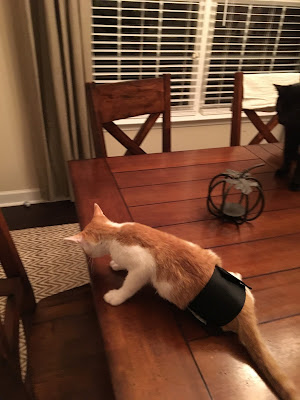 Did you get tortured for Halloween this year?