So, on the trip we are now back to Thursday, and it is the last day in the village. 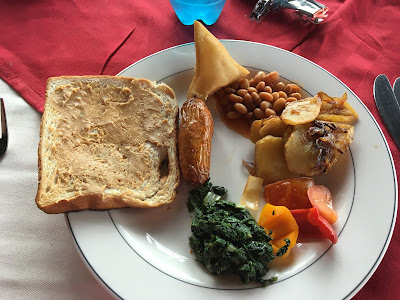 We start the morning off with another wonderful breakfast.  Peanut butter on toast, sausage, beans, spinach, roasted vegetables, potatoes and a fried piece of bread similar to a doughnut. 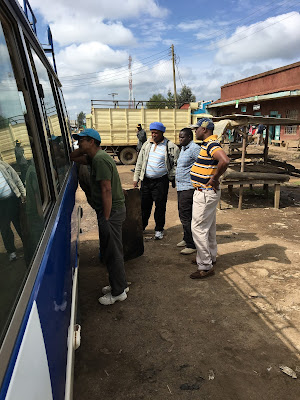 We made the drive to the village and noticed that we were bouncing more than usual.  Bonita, the driver and David decided to stop at a mechanic to see what was going on.  The leaf springs or something like that broken in the rear of the bus.  The mechanic felt like he could make the repairs in a couple of hours, so it was decided to take us to the village, and then return for the repairs. 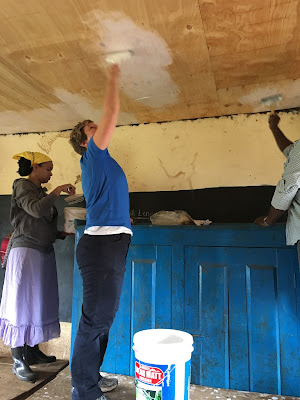 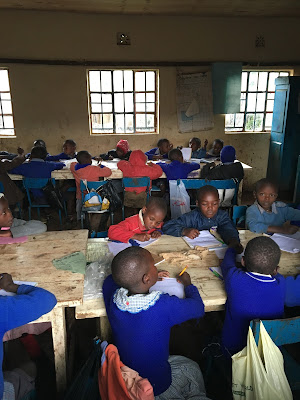 It was fun to slip away for a bit and see our girls too...Eunice is in the red coat, at the first table, facing us.  She is working hard! 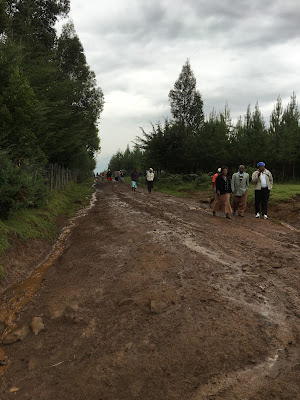 After lunch, the bus still had not returned, so we went on a short prayer walk.  We were planning to walk around the whole village, but the roads were so muddy, we just walked a short ways.  We would stop every little bit and a pray would be said for things that community felt was important.  Then we would walk a bit further, while they sang and repeat.  The topics were,
1) Drug and alcohol abuse,
2) Salvation for the men of Kiria
3) The upcoming elections in Kenya
4) That the partnership between Kiria, 410 Bridge, and newhope church would remain strong. 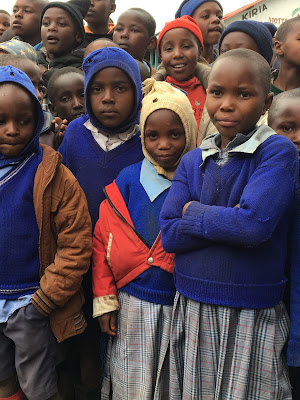 When we returned to the school, we had our farewell ceremony.  The kids came out and sang again for us.  The adults thanked us for coming and we all said a few words.

Here is a video of the kids singing.  The language will be Kikuyu, which is their tribal language.  They also speak Swahili, and then start learning English when they start school. 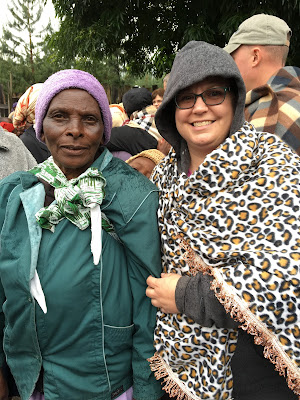 Then we were each presented with an African name, and given a shawl.  One lady from the community worked with each of us to demonstrate how to wear it.  By now, it was raining, so we were thankful for the covering!

My name is Njoki - pronounced Joke EE...the N is silent.  It means "one who will return".  I have already proven the name is fitting since I have returned for a second visit. 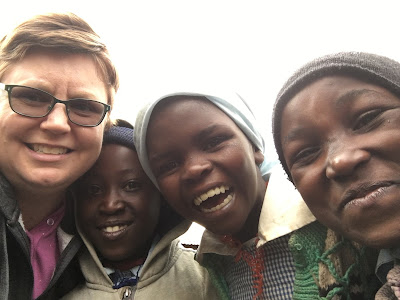 The bus was still not back from being repaired, so we hung out with the kids some more.  I love this photo of my with two of my favorite girls.  Dorcas is closest to me, and then Susan is next.  I don't know the third girls name.  Dorcas and Susan hung out with me the whole time I was there this week it seemed...they were always close-by.  Dorcas remembered me from my previous visit and I her, so it was special to be together again. 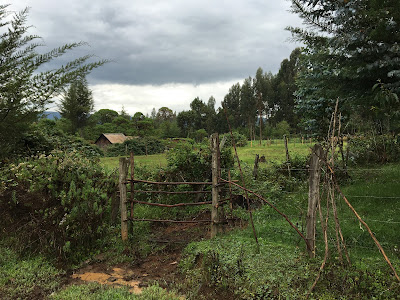 Finally, we decided to walk up the road to where the bus would be coming from, to save it some travelling.  I loved this time of just getting to be in the village and walk around... 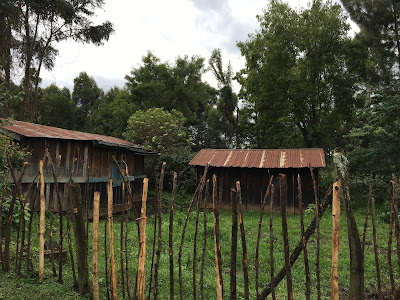 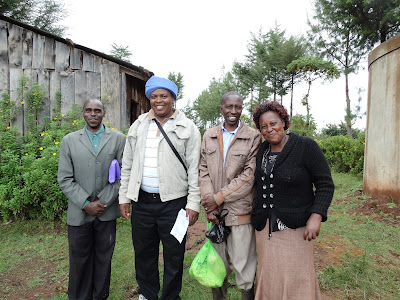 We spent some time shopping in the banana fiber shop and then just hung out with some members of the community.  Pastor Peter is a funny guy and so full of life.  Hauron (blue turban) is the leader that teaches the rejoice project to all the communities around.  John is head of the water project.  Mercy is the 410 Bridge Community Coordinator. 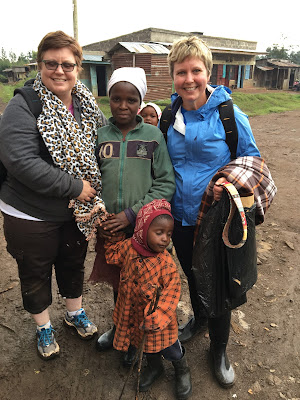 Finally, a new bus arrived with a new driver.  Bonita had taken our bus back to Nairobi to be fixed, and a Joseph had been asked to drive to us and remain with us the rest of the week.  We were sad that Bonita had left and that we did not get to say goodbye to her.

As we were getting ready to board the bus, Evelyne came by with another sister to say goodbye.  The little sister is Dorcas.  It was such a blessing to get to see Evelyne yet again.  I encouraged her to do well in school, and told her how much she means to me and Auntie. 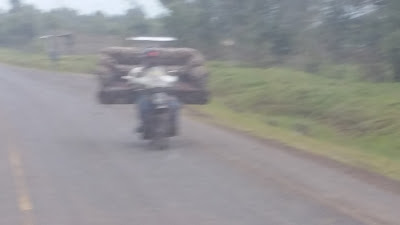 On the ride home we got to see a motorcycle driving a couch down the road!  We had been looking for one because we saw it last year, but did not have a photo to prove it.  Well, this isn't the best quality, but it is clear what you are seeing!  Love it!  The people have to use what they have...resourceful is a word we thought of often throughout the trip. 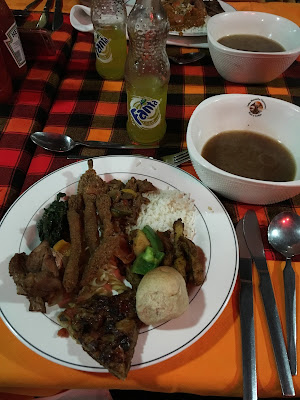 Dinner at the hotel was a bit somber, as we were all dealing with the fact that we would not see our friends in Kiria again until the next trip.  Dinner was delicious though...the chef even tried to make us pizza so we would feel at home.  The pizza is the triangle at the bottom of the plate...it was quite good, although not your standard pizza :)

Next week we make it to the safari...our trip is winding down.

Posted by SuziQCat at 6:30 AM
Labels: Kenya, Missions, Travels, Video