Tanner spent yesterday at the vet school, receiving his third chemo drug in the protocol.  He was given doxorubicin via IV.  He was quite spirited according to the vet, and very chatty! 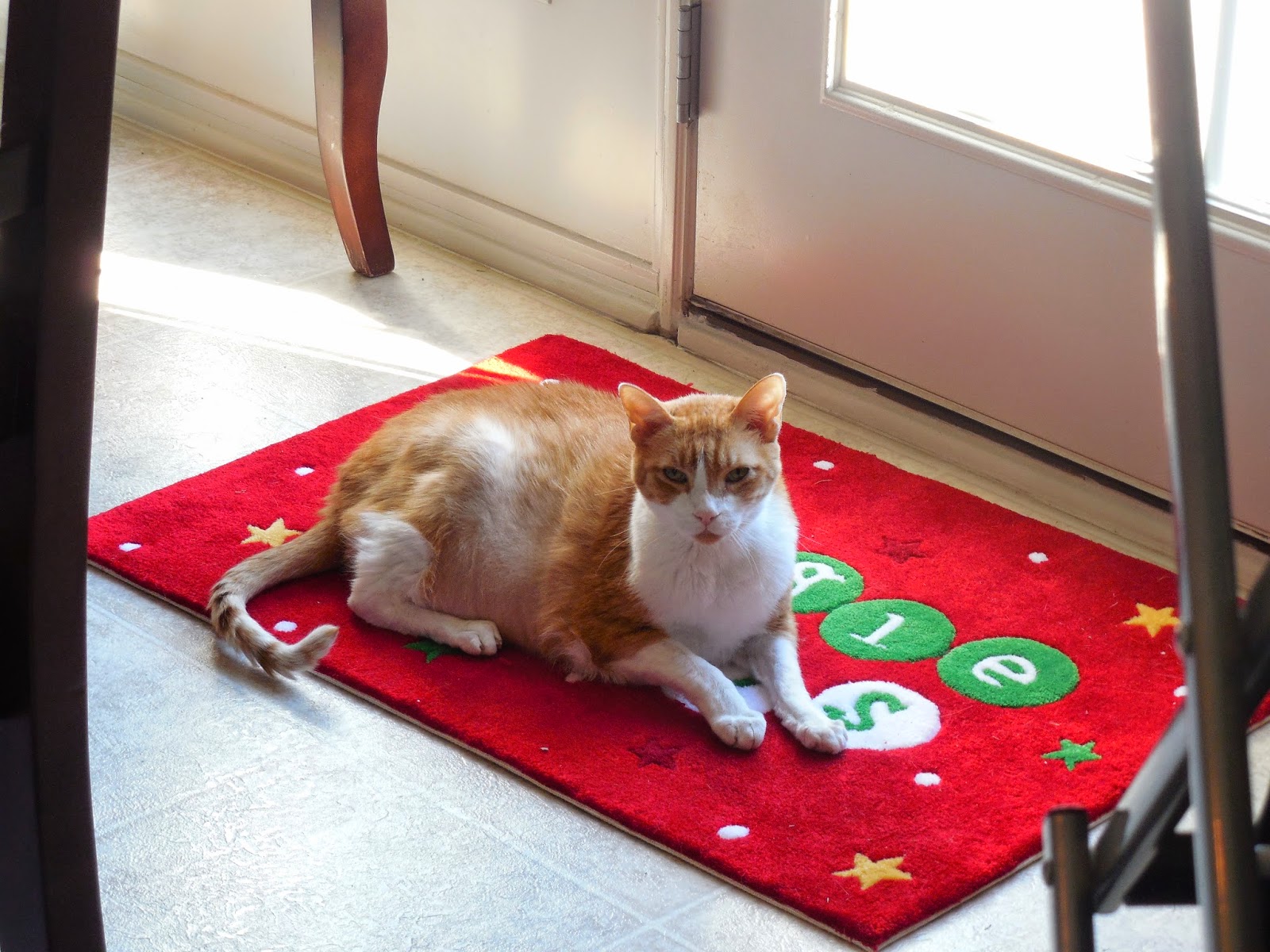 He had an additional urinalysis done today, because when they checked his renal values, they were elevated.  His phosphorus was also elevated, so they thought he was dehydrated.  The urinalysis showed that the urine was weak, and not overly concentrated like it should be if you are truly dehydrated.  They want to recheck the values next week, and are concerned that he could be starting to show signs of chronic kidney disease.  They do not think these values have anything to do with the cancer, but it could be a side effect of the chemo he received today.  For now, I am to try to push liquids as much as possible, and see if the numbers improve on their own...maybe it is a fluke this week.  So I am adding water to his canned food, and will give his some tuna juice :)

I thought he was going to get a rest week next week, but he will be going back in for bloodwork and to start the next, and hopefully last, of the protocol rounds!

Keep those purrs and positive thoughts coming for Tanner!
Posted by SuziQCat at 6:30 AM
Labels: Cancer, Chemo, Kidneys, Tanner, VET