Ollie will be turning 6 months old this month. 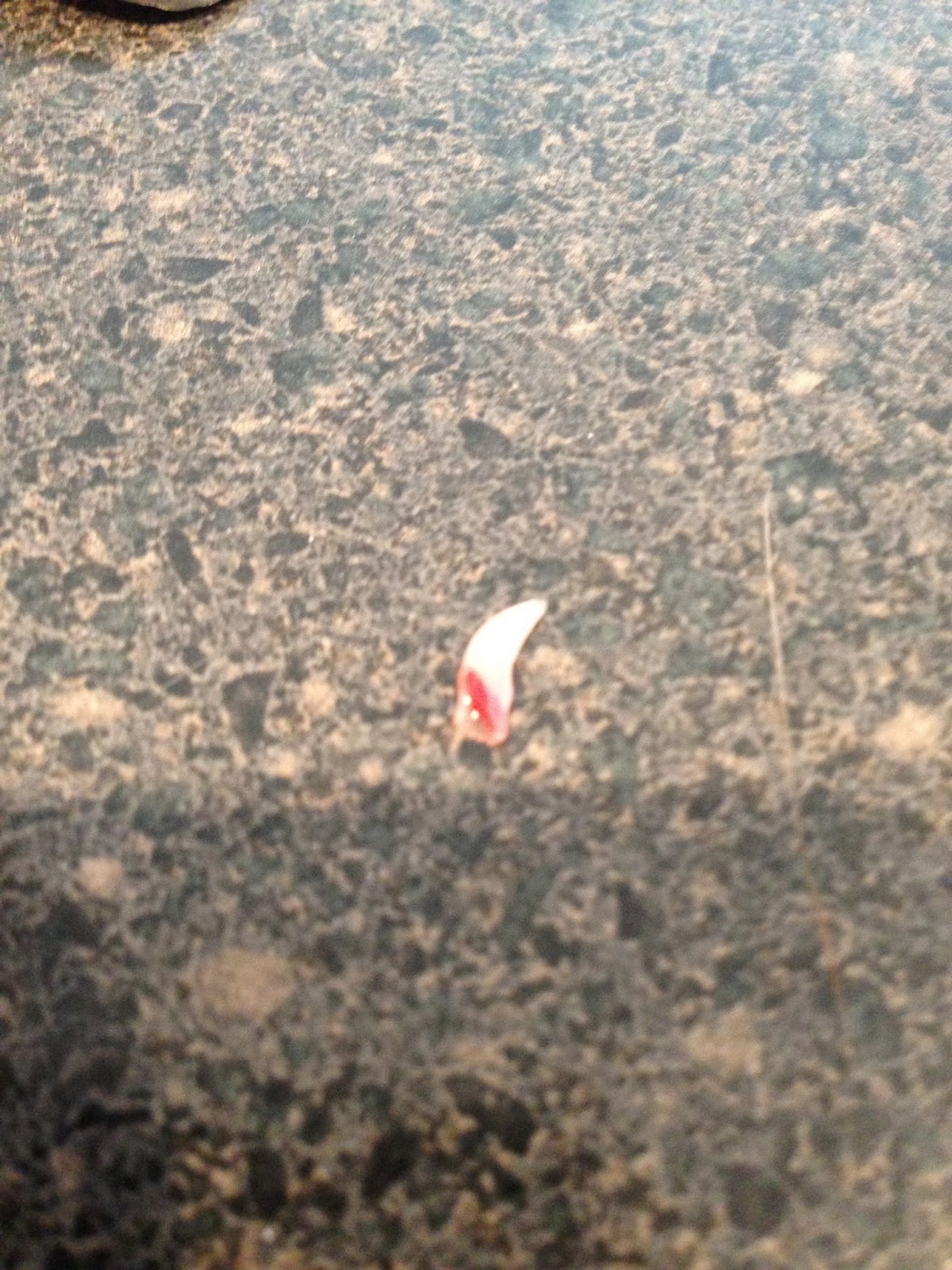 He has been losing his baby teeth.  Here is a top canine tooth, freshly lost.  Auntie happened to see it on the floor, after we noticed a bit of blood on Cousin Georgie's neck!
Ollie is also growing in the pre-molars in the back of the mouth, and his poor gums are so red and irritated right now.
Click Here to see a page diagramming the dental anatomy of cats. 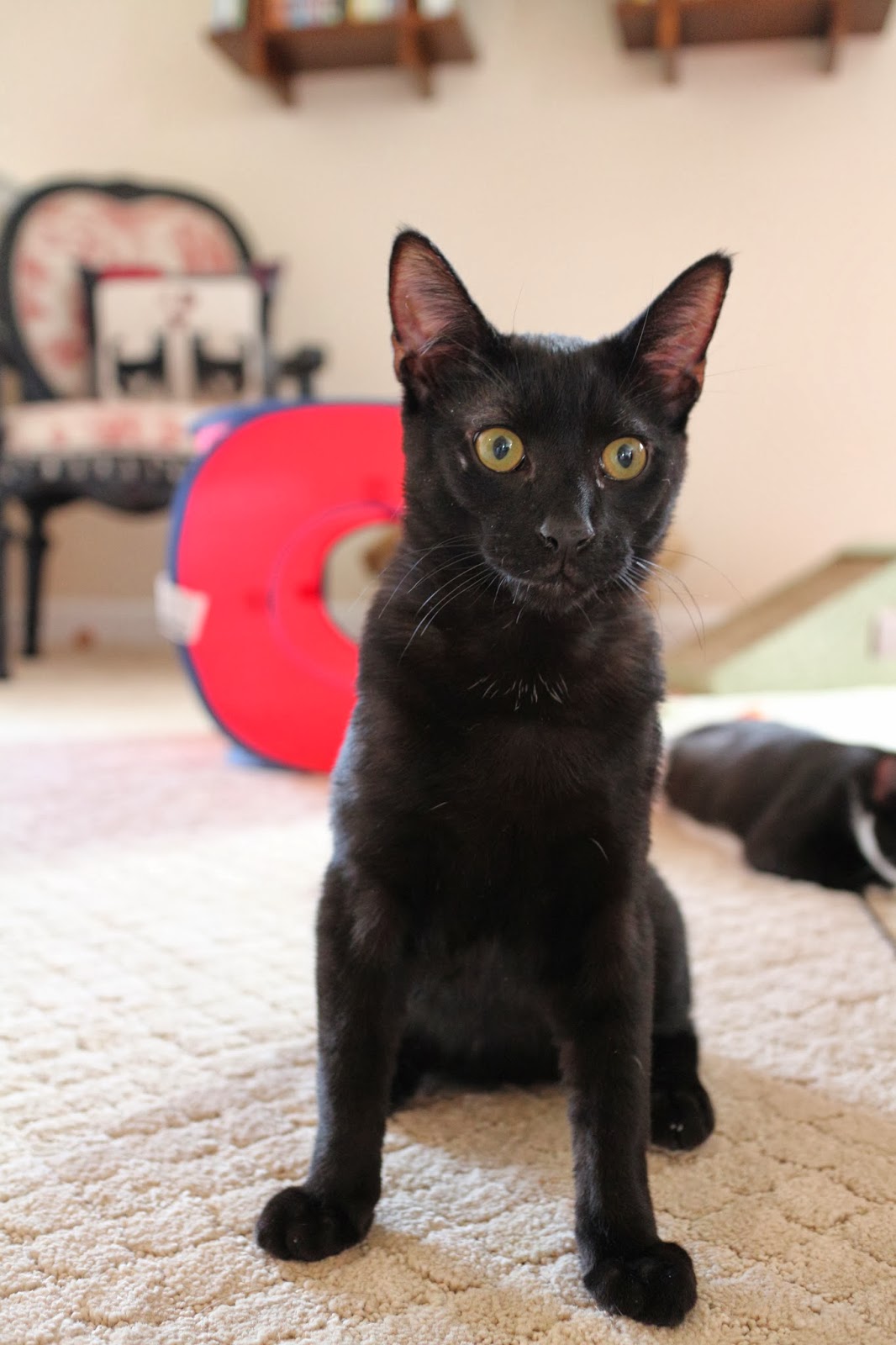 This is a current photo of him. Here are some facts about the one and only Oliver Hughes! 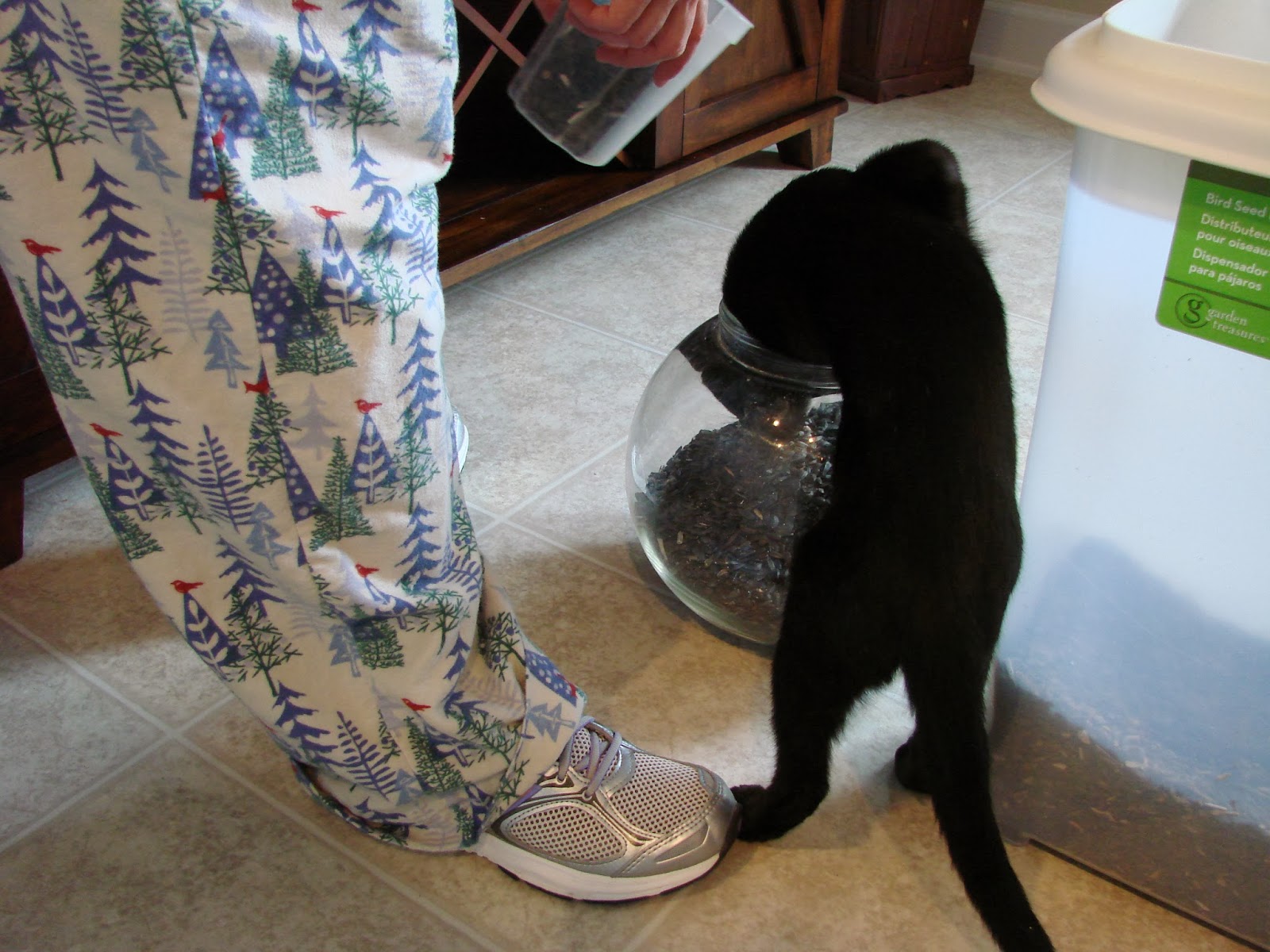 He fills the bird seed containers... 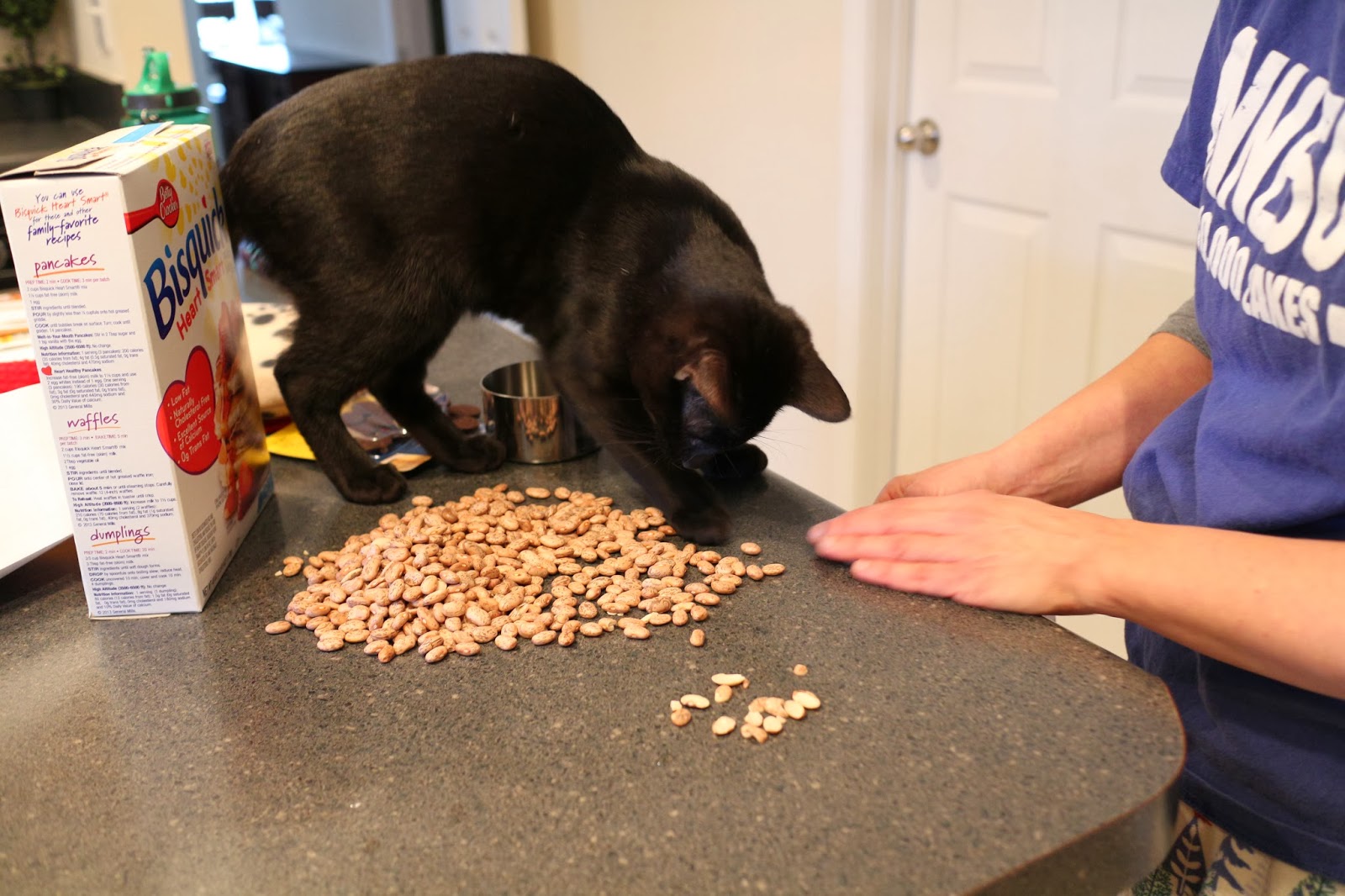 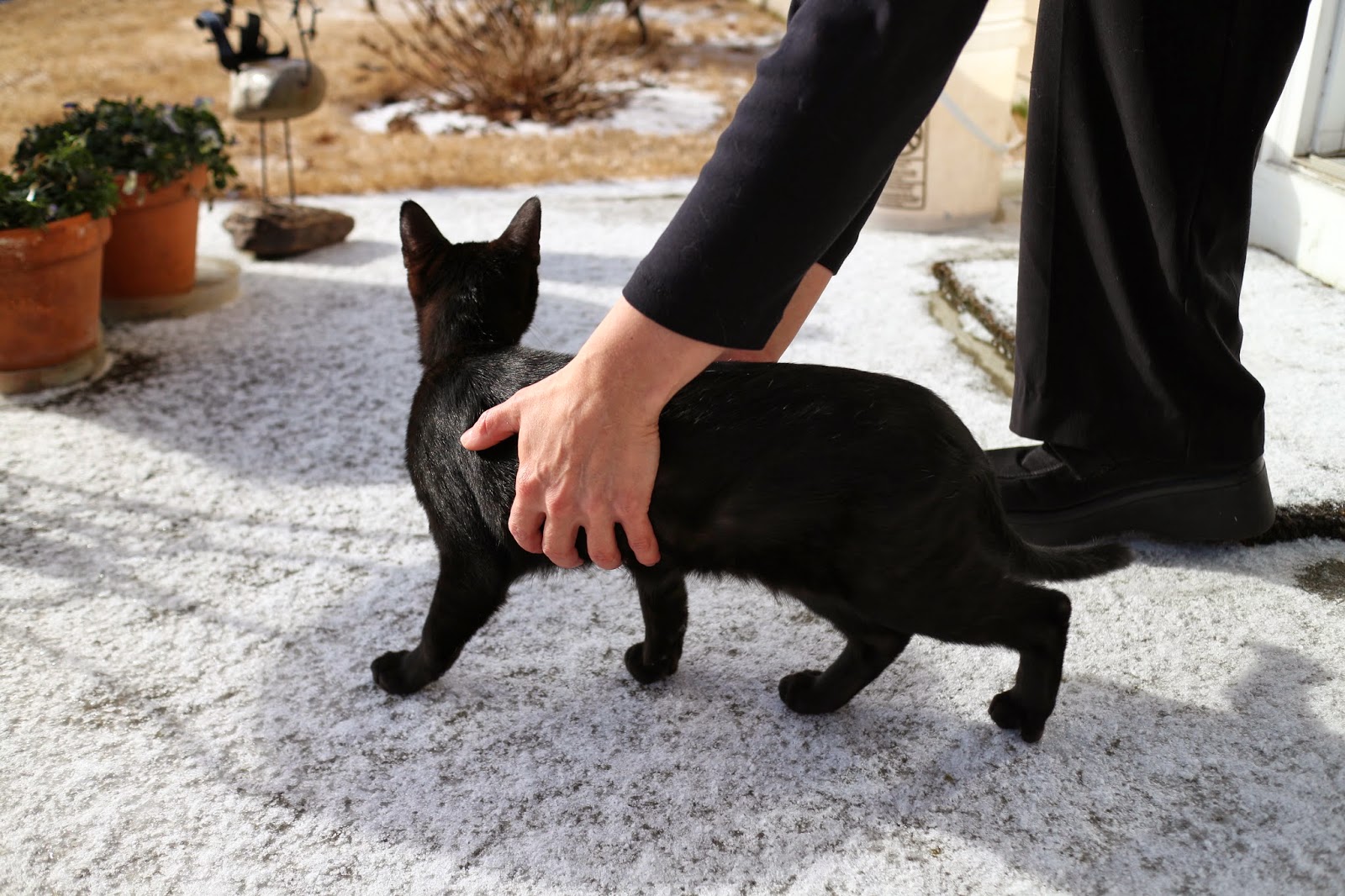 First sleet event...getting his feet cold!  He was so curious about all the sounds around him...
He is a super fun boy, and has changed so much from that helpless little kitten we picked up 5 months ago!  Way to grow up Ollie!
Posted by SuziQCat at 6:30 AM
Labels: All about Ollie, Oliver Hughes, Ollie