Well, I went out of town for the weekend, and thought I had published my U post, but it doesn't appear that is the case...so instead of getting behind with my days, I'm combining my U and V post here today...Enjoy!! 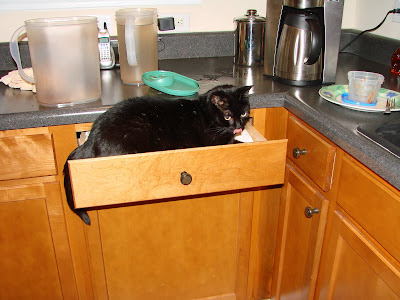 UNRULY - Devon saw the open towel drawer in the kitchen and made himself at home. We'll be posting a series of shots over at the Naughty Kitty Club later... 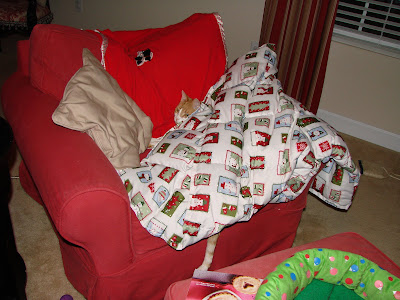 UNDER the COVERS - Tanner has always enjoyed being covered up...he crawled under here by himself one day during our snow when he came back in from being out in the cold! 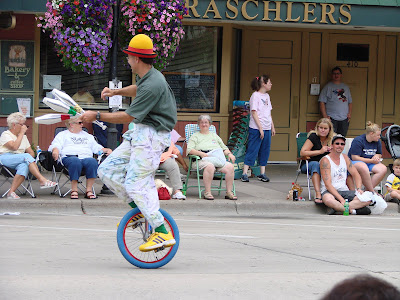 UNICYCLE - This man was in the Red Wing parade...I've seen how you have to get up on these things, and feel I would fall flat on my face if I tried!! Can any of your humans ride one of these? 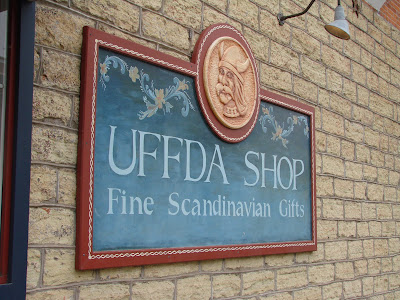 UFFDA - You betcha! This is a popular saying in parts of Minnesota...not sure exactly what it means, but we love this Uffda Shop. They have some very pretty glass figurines, although they are a bit pricey.
Now for the letter V... 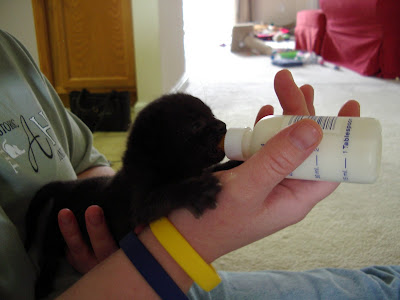 VELCRO - Velcro got his name because his fur was really strange, like the curly side of velcro. His brother will be featured in a couple of days...These boys were just a few days old when we got them. They had been found at a gas station out in the summer sun and were overheated when they came to us...we had them as foster cats for over a year because they had to be adopted together, and it's hard enough to adopt out one black cat, let alone two. They were super sweet boys though and eventually their forever home came around. 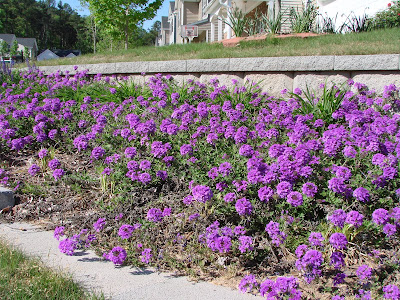 VERBENA - This is in front of our house near the road...this plant has just taken over this whole bed. 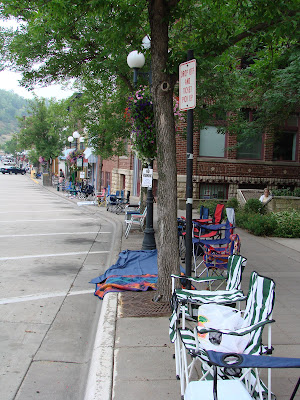 VERY TRUSTING - This is at the Red Wing parade before it started. We made it into to town and all these chairs were lined up along the street...not a person to be seen anywhere! I love small towns!
Well, there you have it, a double letter post today...tomorrow will be W...stay tuned.
Posted by SuziQCat at 7:32 AM
Labels: Devon, fostering, Tanner, U is for..., V is for...