In November 2008, a friend and I took off for a vacation in Japan. I had never been before, but she speaks the language fluently and has been multiple times, so we were set. We were there for 18 days, and visited 12 cities...it was a whirlwind tour for sure. One nice thing about the country is their love of cats. We saw cats in several cities, which was a nice reminder of my boys at home! 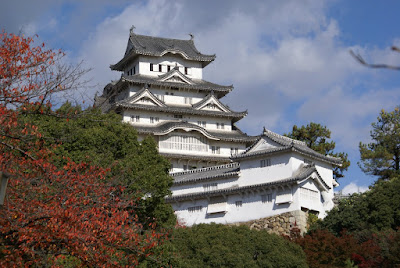 This is Himeji Castle...it is one of the only castles left that was not bombed or destroyed by fire. It was fun to explore inside. You had to take your shoes off before walking around inside, and it was a cold day! 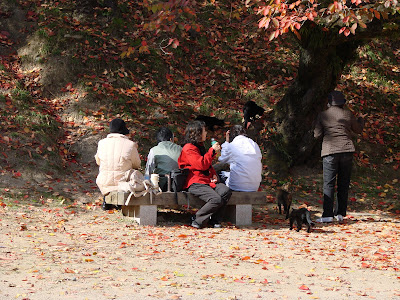 These ladies were outside the castle having a picnic when all the cats appeared. I loved it because many of them were black like my Smokey and Devon (although not near as beautiful). These ladies enjoyed their company, and probably wondered about the crazy American taking a picture of their lunch! 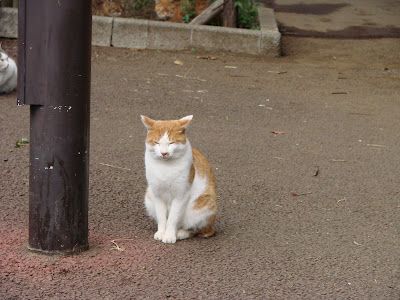 This beautiful orange and white kitty is near Tokyo. He is in the Ueno park. There are many cats in this park just roaming around, but I did notice that most of them had a cropped ear, so at least they have been spayed or neutered. Someone is obviously taking care of them because he is not overly thin. 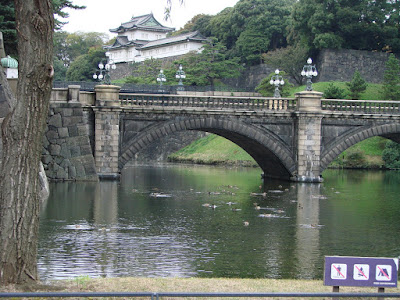 This is just a pretty bridge in the Imperial Palace Grounds in Tokyo...not too far from where orange kitty was hanging out. 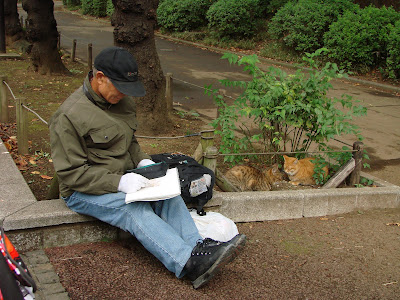 This man, along with several other folks, was hanging out in the park sketching. I don't think he was drawing those two cats sitting near him, but they seemed to enjoy his company.

This trip is coming to mind again more now that the weather is turning cooler. We had beautiful weather while we were there, although some days it was a bit cold. It is a wonderful county, with great food and friendly people. I highly recommend it to everyone! I hope to go back in a couple of years, once I get some money saved for the trip!

Where is one place that you visited that you were surprised by the number of cats you saw? Where is a place you've traveled to that you would go back to in a heartbeat, and would like to recommend to our readers?