The panthers have had a fun weekend.  Everyone is adjusting a bit better to Chad being around. 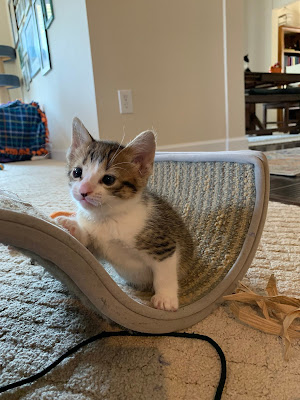 Chad is playing hard and learning new things.  He is entering the crab jump phase and it is super cute!  He loves this S Scratcher and plays on it most when he is out and about. 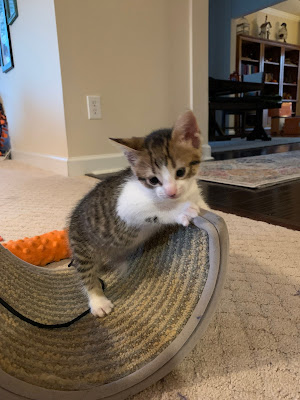 Some were wondering if he will be a foster fail, and the answer is no.  He has an adopter who will take him once he is neutered and old enough to go.  I'm working with a friend now, who is the cat medical coordinator for a rescue to see if we can run him through her group to keep cost down. 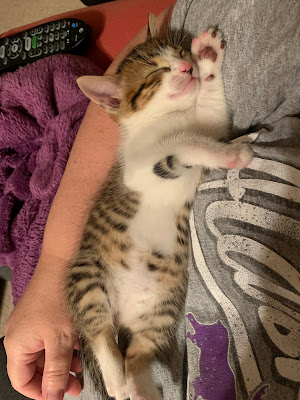 He weighs 1 pound 11 ounces and is ready to start vaccines this week.  He is a sweet baby for sure! 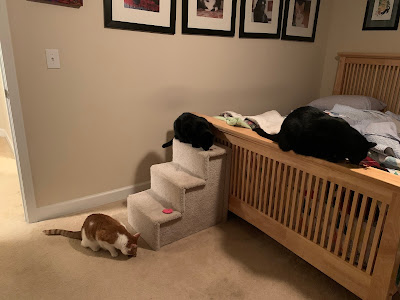 The panthers are jealous but surviving.  They are still getting their nightly treats. 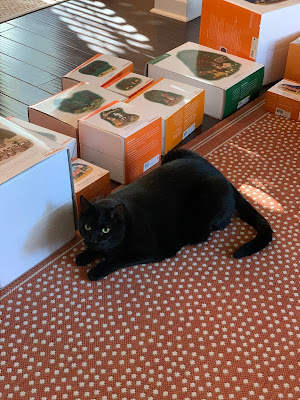 Flynn is looking over some Department 56 stuff we are trying to sell. 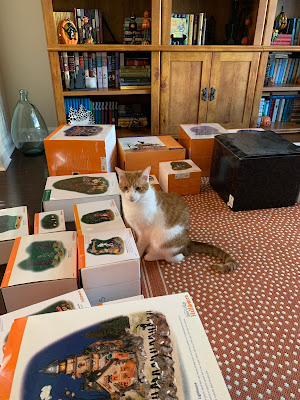 Rusty came by to look too.  Make sure we don't get rid of your favorite pieces buddy. 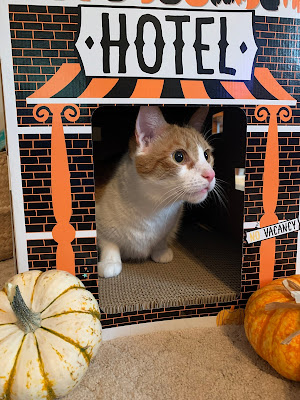 Rusty is getting braver and braver about being near the baby...he wants to interact, just isn't quite sure what to do. 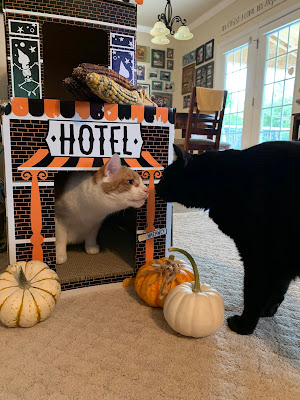 Rusty and Flynn finding comfort in each other. 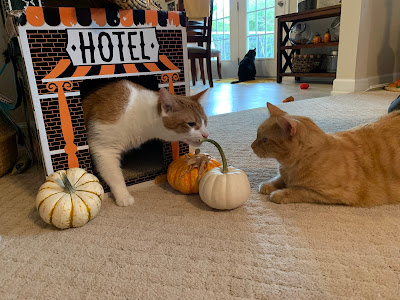 Rusty and Cousin Lenny checking out the pumpkins at the hotel 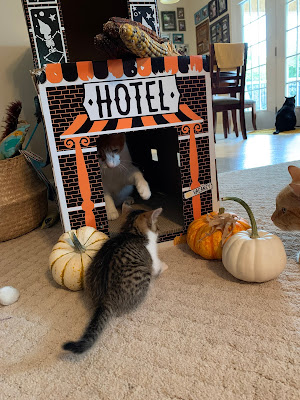 Rusty ready to swat the baby if he comes too close...Seeing Rusty with the baby has made me realize how much he looks like Tanner.  I've called him Tan more times that I can count this weekend!  He may look like Tan, but he isn't a loving, nurturing momma cat like he was. 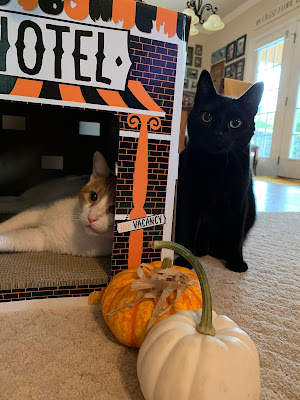 Harrison loves the pumpkins and tries to take bites out of them. 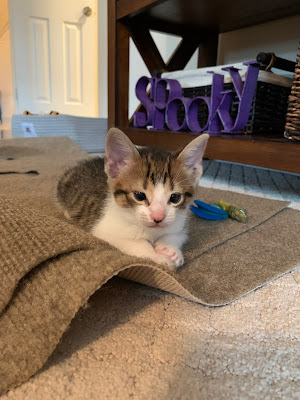 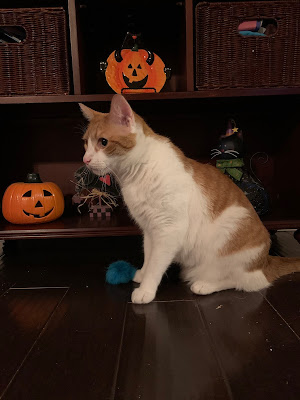 Rusty has brought his teal rabbit over to show the baby how he plays. 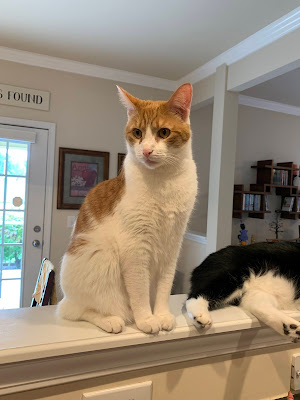 Rusty and Cousin George just hanging out.  Being up high means the baby can't get you! 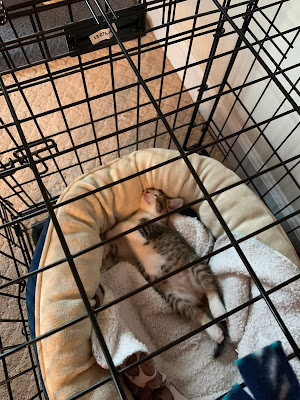 Sweet sleeping baby in his bed.  We leave the cage door unlocked so he comes out when he wakes up during the day.  He sleeps better in his bed that he does being held.  He normally plays for about an hour and then needs a nap.  He will nap for a couple of hours usually and then ready for a potty break, snack and another hour of play before back in the bed for another nap.  Such a hard life.
Here are a couple of short videos of him playing...
Links on YouTube
Video One
Video Two
Posted by SuziQCat at 9:13 AM
Labels: Cousins, Flynn, Fosters, Harrison, Rusty, Video