The mancats have had an interesting week...not all happy, but we are adjusting. 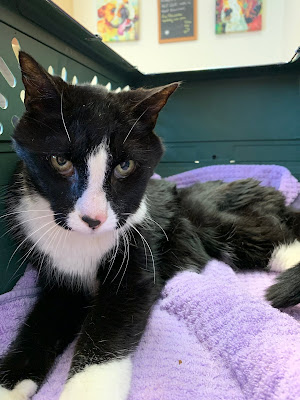 Cousin Pirate crossed the bridge on Thursday, Oct 24th.  He had pretty much quit eating, so it was the best decision for him.

The rest of the household seems to have noticed some, but none are overly upset except George.  He has started peeing inappropriately.  Hoping he will settle down, but may take him to be checked for a UTI just in case. 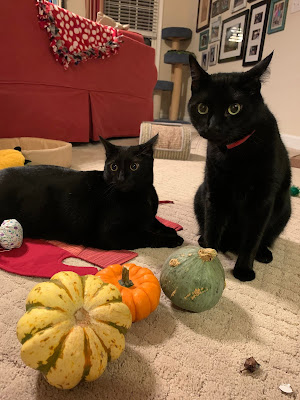 We brought some pumkins home for the boys to play with and sniff.  Always looking for a fun photo opportunity!  Oliver and Harrison were not impressed. 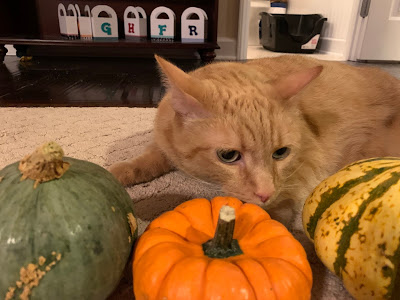 Lenny was a bit curious.  Lenny will officially be Aunties cat now instead of us sharing him. 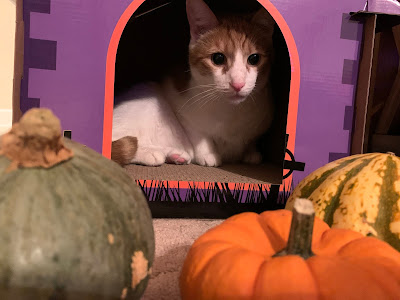 Rusty had to look from inside his house... 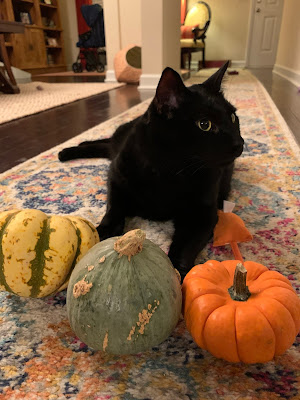 Flynn thought they were pretty cool...we have since put them outside for the birds and squirrels. 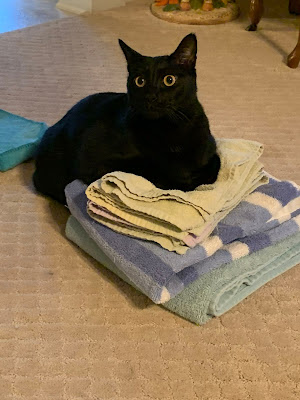 Oliver helped fold some towels...Harrison later unfolded them all trying to burrow! 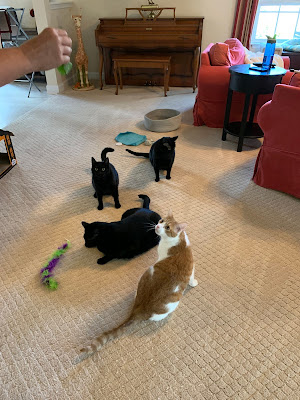 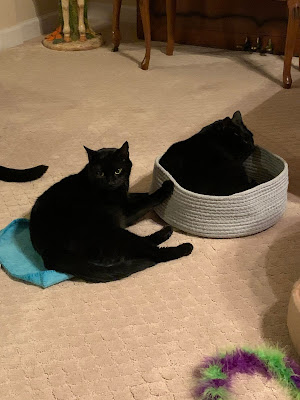 Harrison wanting to play with Flynn, but he is too tired. 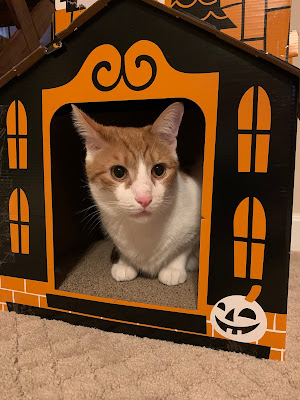 Rusty in the other house...He loves to play in these things!

Oliver and Rusty head to the VET on Thursday for their annual shots, and to recheck Oliver's chin.