Here's to another fun week with all the mancats... 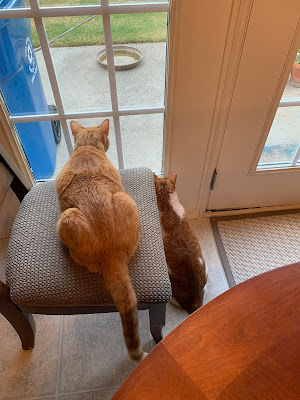 Lenny and Rusty watching a rabbit in the yard... 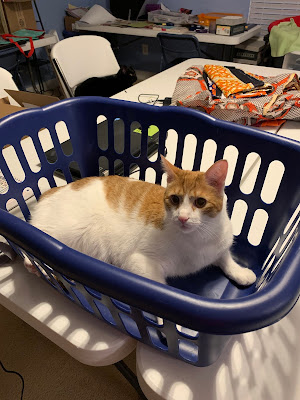 Rusty loves a basket!  It doesn't matter where it is, he has to get in and lay down! 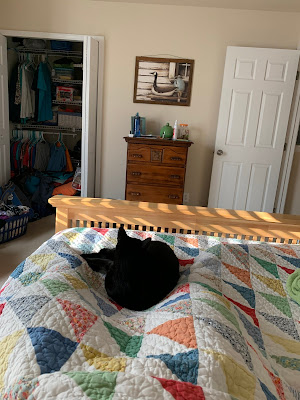 Oliver is making progress with accepting Lenny and forgiving me for messing with his chin all the time.  My view during Friday naptime. 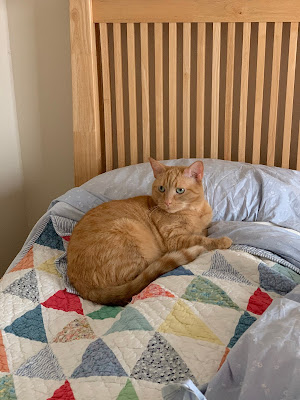 On the other side of me was Lenny...they both did great in the same bed 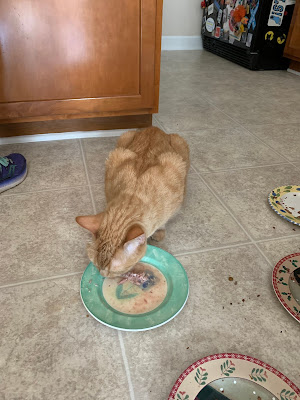 Lenny had his first taste of tuna and LOVED it! 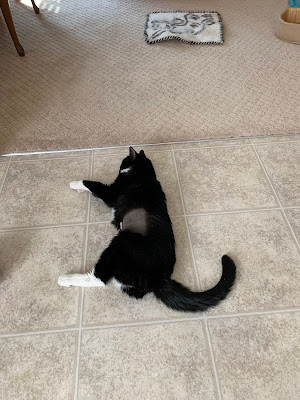 Cousin Pirate could use some purrs.  He has been losing quite a bit of weight, and the vet is trying to figure out why.  He had an ultrasound looking for cancer or digestive issues, but the views came back normal.  His blood work looks good, but we are wondering if the thyroid issues are masking the severity of the kidney disease.  We are waiting on results of some more blood work to see if there is an absorption issue.  Pirate is 16, so it could simple be age, but he can't keep losing weight at the rate he is going.  In January is weighed 11 pounds.  Now he is 7.13 pounds.

Purrs for:
~Weight Gain
~For the vet to figure out what is wrong
~For us to find some food he likes, so he eats better (he is on appetite stimulants which are helping) 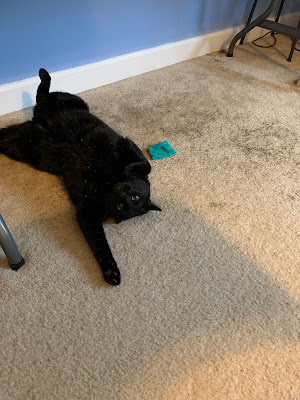 Flynn and the others have destroyed a couple of catnip toys...they love rolling in the dried remains.  Have fun Flynn!  I can vacuum another day :) 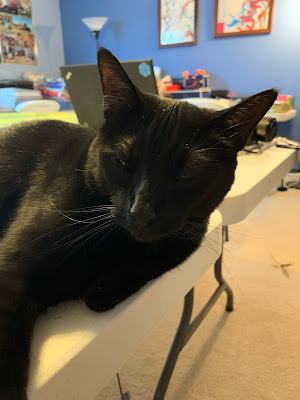 Oliver hanging out with me while I'm scrapbooking.  He is slow to accept change, but he is getting there. His chin is looking 100 times better.  Last night, I only saw a little bit of white stuff come out when I combed him.  He has another week of antibiotics before we get rechecked.  I almost imagine he will need another couple of weeks because there are still quite a few knots and bumps on his chin.  They aren't as painful for him now, I suppose because they aren't as deep as before.  Oliver is doing a great job at taking his pill every morning.  It's been a tough month for him, but his life is improving, and we are finding a new normal with Lenny around.

Well, that's all we have for this week.  Remember to stop by tomorrow to read about our stop in Juneau.