Oliver had a great time for his birthday.  He received several new catnip toys, and some new string toys too.  He was a happy boy! 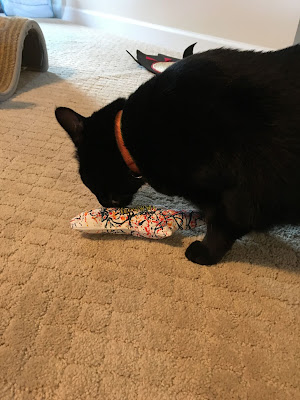 Video of Oliver licking his new catnip toy.  Harrison comes over at the end to see what is going on. 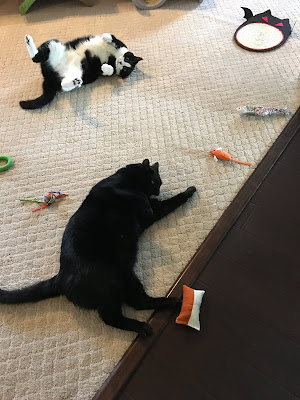 Flynn and Cousin Georgie were reaping the benefits of new catnip toys too!

Here is a video of Flynn running down the hall.  He doesn't want to be left out of the party! 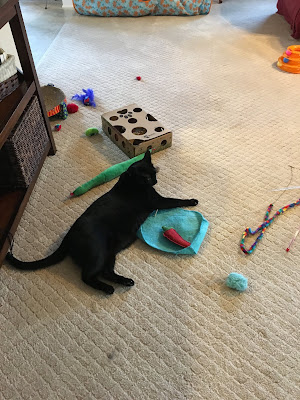 Oliver loves a certain mouse on a wire string toy.  We haven't had one for a while, so he was excited to see it again.  His signature move is a roll...watch it below.  This is more of a side roll, but sometimes he'll go straight over!

Well, there you go...Oliver had a great time for his birthday.  Thank you all for stopping by and sending him birthday wishes!