The boys were contacted by an organization called Cat Amazing to give their product a test run.  Since the boys all love cardboard I thought they would enjoy this puzzle toy.

Although we were given this toy for free, the opinions are our own. 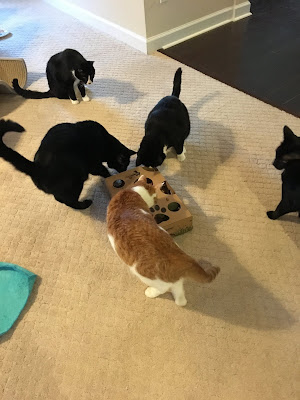 To start, the toy was very easy to assemble.  Everyone came over immediately to see what was going on, and also because I had opened the treat bag and loaded up the puzzle.  There are three sections to the puzzle, ranging from easy to most difficult.  Oliver stayed back a little because new things scare him at first.  He is such a drama queen! 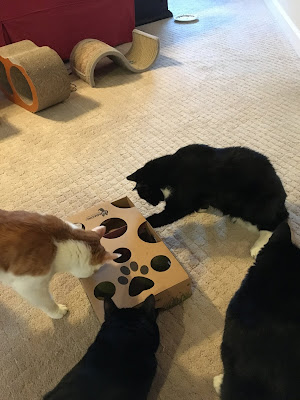 Even, Cousin Pirate, who is 15 years old enjoyed trying to fish the treats out of the toy. 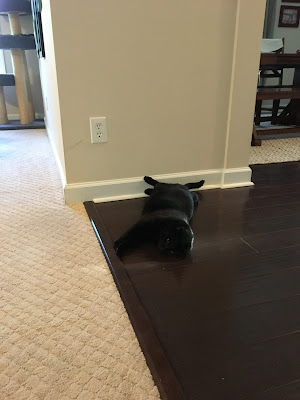 Flynn quickly lost interest.  He does not like to work for his food! 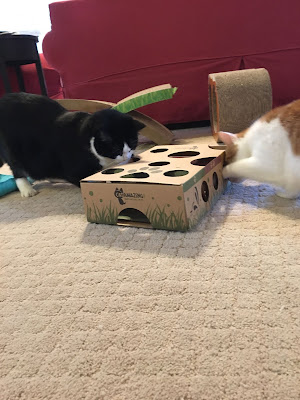 Cousin Georgie and Rusty were playing hard.  They were super excited when they got a treat! 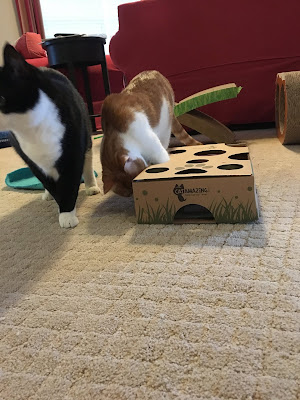 Rusty thinking and trying hard to get a snack.  Love how this toy really challenged their minds!  I'd say they played for a good hour the first time it was put down.

On this video, you can see Rusty working hard for a treat and then eating one.  You will also notice Cousin Georgie doing what he does best and that is licking the cardboard.  After a week of play, the toy was rather soggy from his licking.  Someone also took to chewing the cardboard trying to make it easier to get the treats!  Something to consider if you have a cardboard chewer/licker at home. 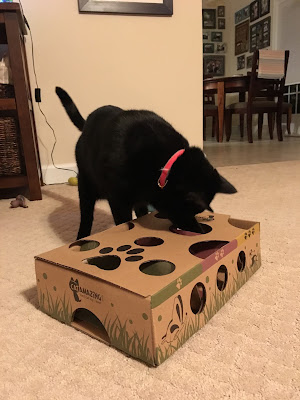 Harrison came over later to see what the commotion was about.  He LOVED fishing for food. 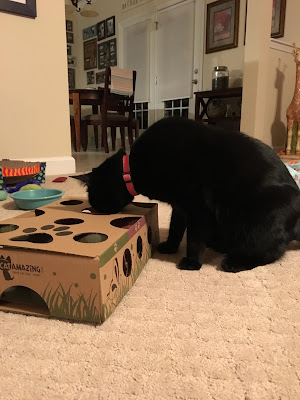 He will sit next to it and talk if it runs out of treats!

Here's Harrison working for his treats.

Reminder, this toy can be purchased through Cat Amazing and on Amazon.