Today we will focus on the rapidly growing 'littles' Harrison and Flynn. 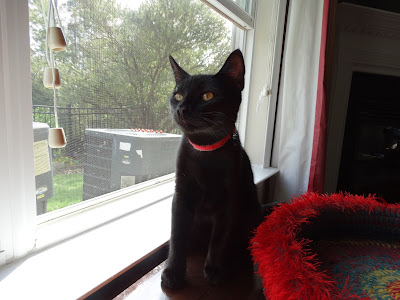 They are 7 months now and Harrison weighs just over 8 pounds.  In the past couple of weeks he has started to fill out a little bit and doesn't look so fragile.  He is a sweet boy and quick to purr. 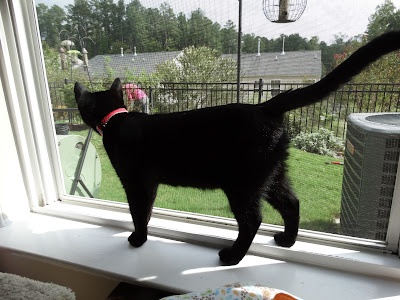 He loves to talk and is the craziest of the two.  His favorite things are eating Cousin Sophie's Florentine canned food,  stealing bags of treats from the pantry, watching his fish and trying to touch him, anything water, watching the birds outside, talking and playing. 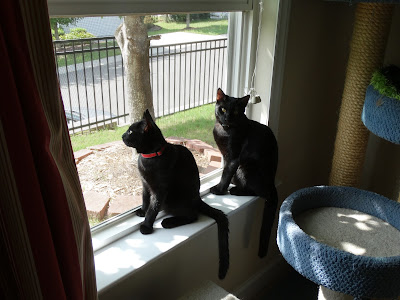 Harrison and Flynn still spend a lot of time hanging out together.  They love to wrestle and chase one another. 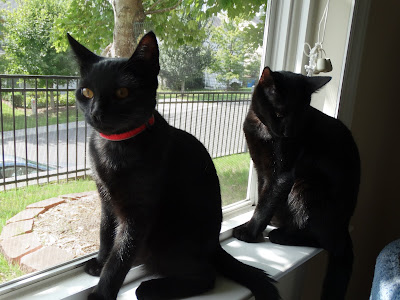 You don't notice it as much in these photos because of the camera angle, but Flynn is a good bit larger than Harrison.  They look so handsome in their collars! 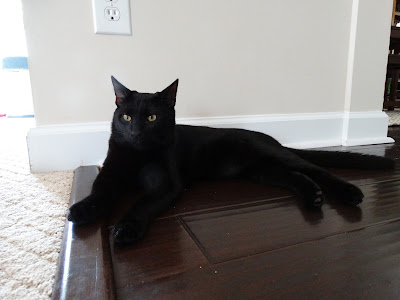 Flynn weighs just over 10 pounds now and is going to be a large cat!  He is a sweetheart and enjoys his snuggle time.  Flynn doesn't know how to walk...he has to run every where he goes!  He is our perpetual black streak. 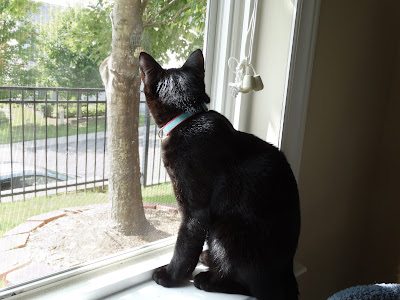 Flynn has a funny personality.  Harrison is more slap-stick humor whereas Flynn is more subtle, maybe even sarcastic :) His favorite things include: Eating, pushing his stick toy around, a favorite mouse, running, snuggling on the toilet with you, sniffing your hair, wresting his brothers, and being involved in whatever you are doing.
That's a quick update on Harrison and Flynn.  They have been wonderful additions to my family and I am so thankful for them.

Posted by SuziQCat at 8:40 AM
Labels: Flynn, Harrison, Thankful