Tanner had the mass inside his mouth removed last Friday.  They also did a dental cleaning while he was there. 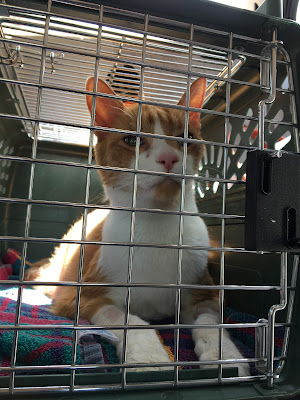 He did great during his visit, but was still quite loopy when I picked him up...glad to be going home though. 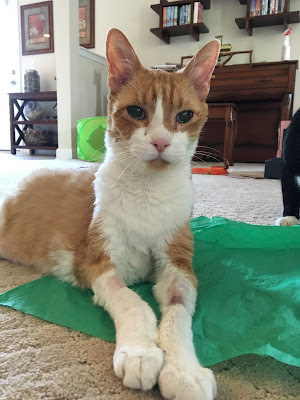 At home he was just so happy.  I gave him a tiny amount canned food because he was hungry, but I wanted to make sure he would keep it down.

The mass was on the right side of his face, and you can see he is a bit swollen.  He also had a bottom, back tooth removed on the left side.  Poor boy has stitches on both sides of his mouth!

They didn't get the first IV in properly, so he has two shaved arms and two pretty nice looking bruises. 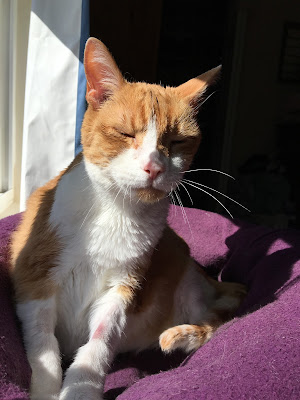 By Saturday his arms were looking better and he was still just happy to be home.  We were able to open the windows for some fresh air and he found a warm, sunny spot.

He eats well, although he cannot have hard food for a few days.  We are softening it in water because he loves his hard food.  He is on antibiotics and thankfully he hasn't started having diarrhea with these.  Fingers crossed! 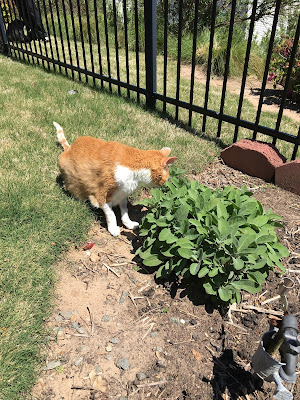 Sunday was another beautiful day, so Tanner thought munching on some Sage in the garden would make him feel better.  He is still on pain meds, although I will probably stop them tomorrow as he seems to be doing well. 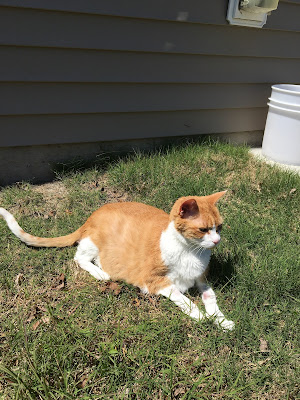 We will not find out what the mass is until late this week, probably on Friday.  I will post when we know...

Thank you all for your purrs...Tanner has done well so far...hoping there will be good news to share!

Posted by SuziQCat at 8:02 AM
Labels: Dental, strange mass, Tanner