Tanner and Oliver are enjoying the summer.  It is way too hot to be outside, or have the windows open, so we are finding ways to entertain each other! 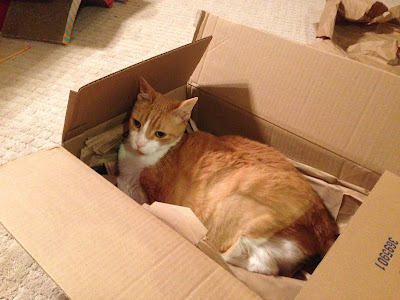 Tanner ordered some of his kidney diet food from Chewy.com, and it came in two separate boxes.  Chewy is smart though and puts lovely brown paper in their boxes!  Tanner made himself right at home in this box... 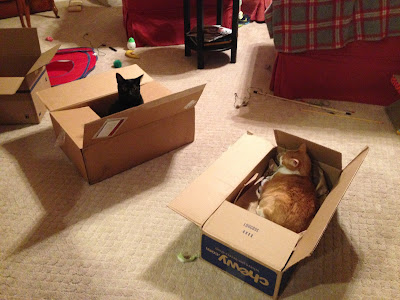 Oliver found the other one and there was some discussion about whose box was better! 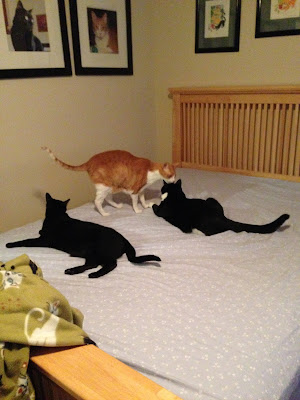 Lastly, nothing feels better than cool, crisp sheets on a hot night, so the boys helped change the sheets.  Such big helpers...even Cousin Georgie enjoys making the bed!

On the medical side, Tanner is doing just fine.  He is taking his medicines like a champ.  He has gained some weight...his favorite treat right now is mint chocolate chip ice cream!  We have also picked up a few new varieties of Orijen dry food and he loves it!  I get the smallest bag, and feed as a treat...Six Fish is a huge hit.  Since he gets a few treats after taking his pills or getting fluids, I would rather he eat nutritious food instead of actual treats...although ice cream is still allowed :)