Tanner spent yesterday at the vet school.  He received his IV doxorubicin chemo alsog with some blood work and an exam.  Next week will be a complete rest week...no blood work needed, so Tanner will not need to travel again for two whole weeks! 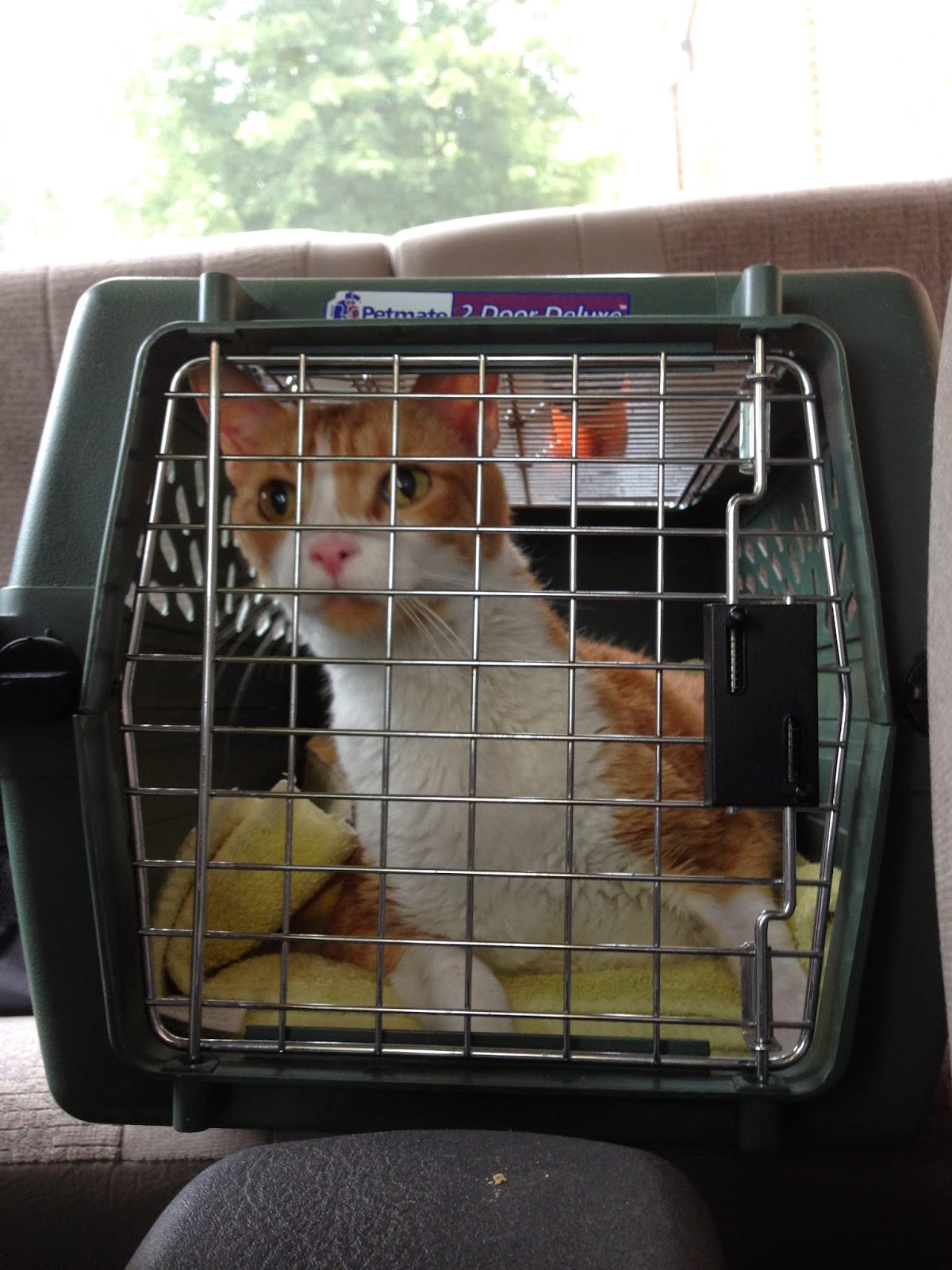 He is a good passenger in the car.  He talks some and is quite curious about what is going on.  He sits in the back seat, in the middle, so I can aim the air vents at him.  He will let you know if he is too warm...he prefers to be a bit on the cool side when he rides!  On the way home, he will talk and talk when we first get in the car...like he is telling me all about his day.  Then he settles down until we turn into our neighborhood and he starts talking again. 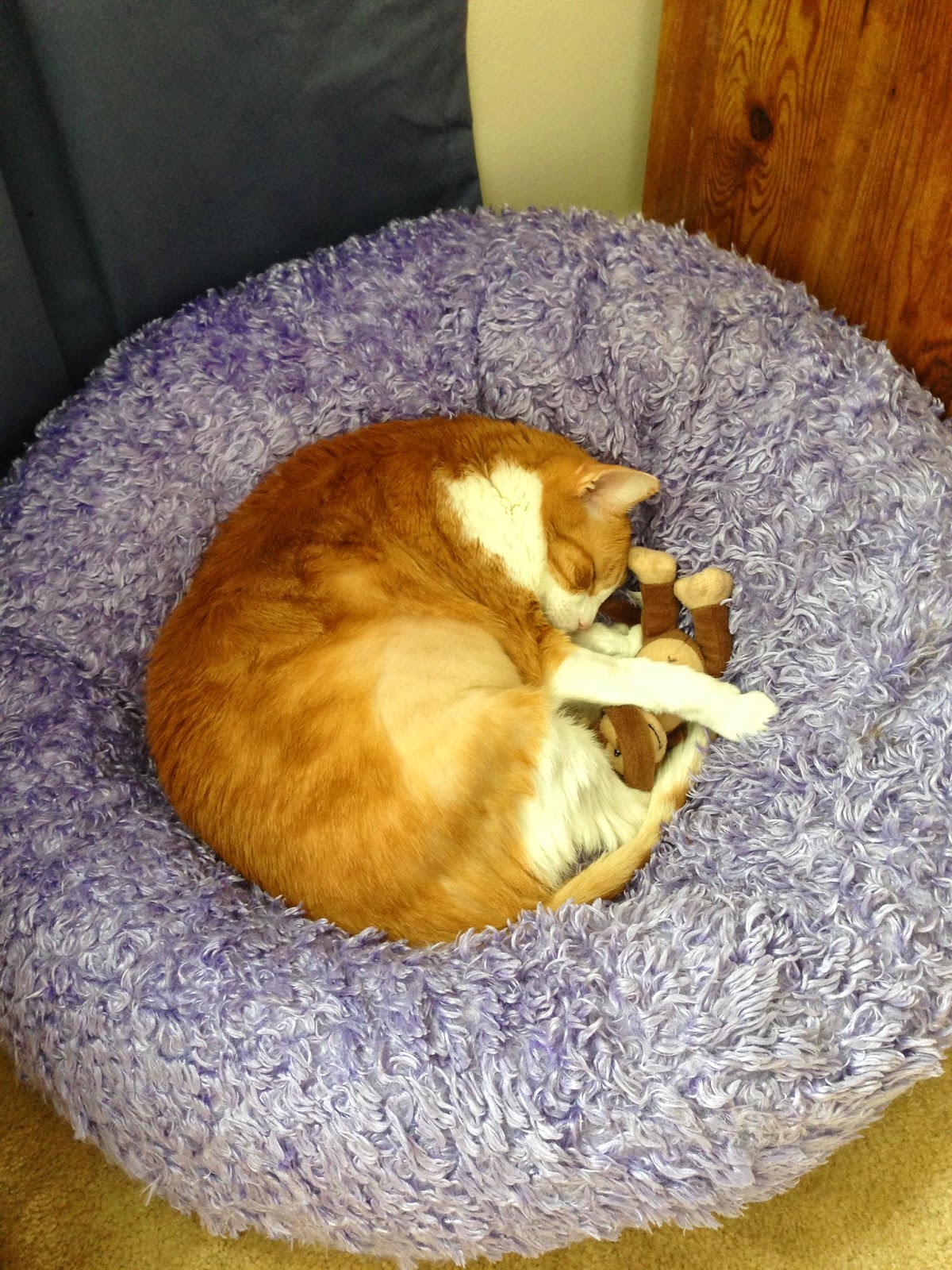 After a good snack, he will find a nice place to sleep for a while.
When I spoke with the doctor yesterday, I asked about the chances of achieving a complete remission, since he is still just showing strong partial.  She said it is hard to say, that the next ultrasound could show more improvement, no change - stable, or worsening.  She said some cats never achieve full remission, and also that many don't make it to the point Tanner is now before their cancer becomes resistant to the drugs.  She said he is the poster child right now for his cancer type and chemo protocol because he is doing so well, and that while we haven't achieved complete remission, we have had improvements at both ultrasounds, which is positive. We don't want to jinx ourselves, but I hope he will continue to do well, and beat this thing!
She is also going to research other cases like Tanner to see what the plan would be, if we made it to the end of the 27 week protocol, but still had not achieved complete remission, but he was still stable and doing well.  What options do we have then?
I am simply enjoying the time I have with my boy and hope he will be around for a long time yet to come!  We will continue to fight as long as he is doing well.  Thanks everyone for continued purrs and prayers!