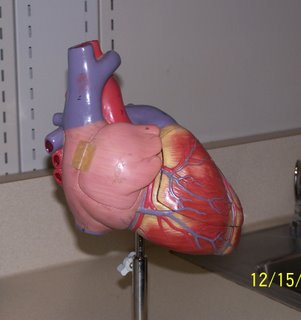 On Friday, Tanner went to the vet school for his annual cardiology check-up. He was not the happiest of cats, but he did very well. He had to get his blood pressure checked, and since they do this on their tails, he wasn't thrilled. I think he was thinking they were about to do something else back there, so he was cautious! It went fine though and he gets to have his tail squeezed again this Friday...what a lucky boy! :) 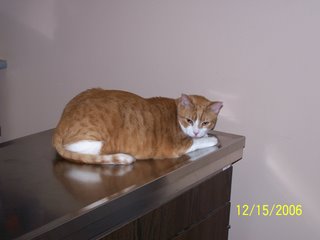 He stayed at the vet school most of the day because they had an emergency case come in, but that worked out ok because my sister and I were able to do a bit of shopping while he hung out.

We came back in the afternoon to pick him up. The doctors came in and said he has progressed mildly, and they've decided to put him on another drug in addition to his atenolol he currently takes. He is now on Enalapril in the evenings. He still takes his pills like a champ, and so far we've not had any adverse reactions to the new pill. We go back to our regular vet on Friday to have the blood pressure (tail squeezed) rechecked, and to do another renal panel. He had blood work done at the vet school, and they gave him a pretty green bandage...how did they know green was his color? He was not too happy with this bandage when he got home and started trying to walk around though...I took it off pretty quickly, but not before snapping a few photos! 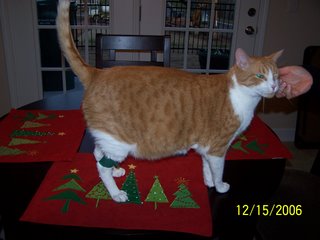 Here he is on the table with his bandage...how cute! 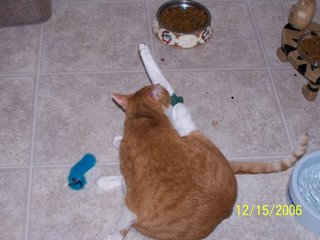 If you aren't going to take it off, I'll just wash it off!


More updates on the rest of the gang coming soon!
Posted by SuziQCat at 11:42 AM