So Rusty and Flynn went to the vet last Thursday to have their gums checked out. 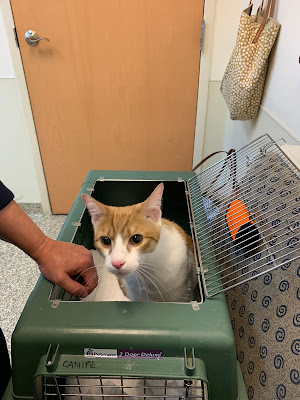 Rusty sang the entire trip over and announced his presence to the receptionist when we arrived! 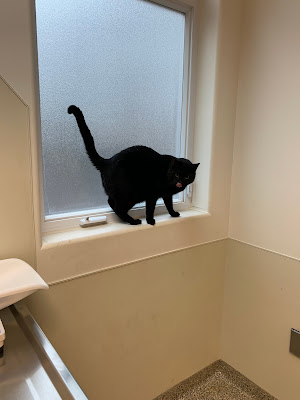 Flynn jumped right out of his carrier, once we were in our room, and tried to find an escape route.  Sorry bud, that window doesn't open! 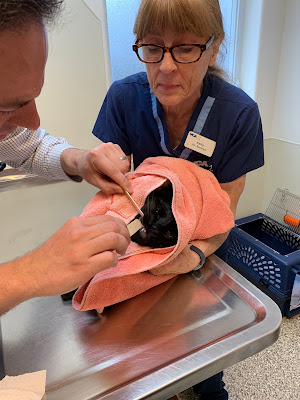 Both boys were walking around when the vet came in.  He asked, who wants to go first, and right on cue, Rusty went back into his carrier!  So Flynn went first.  He is not a good patient, so he had to be wrapped in a towel. 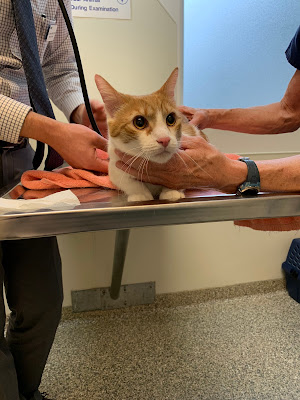 Rusty went next, and doesn't mind being examined. 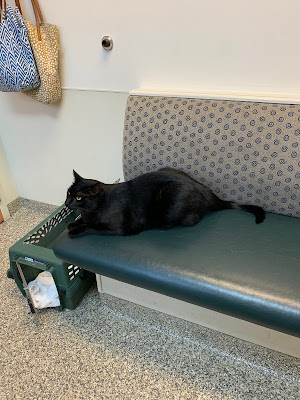 Once Flynn was done, he was just as friendly as normal, hanging out waiting on brother to be done.

All of the results are not in yet, but I expect to hear this week.  They both need dentals because their guns are very irritated and painful around some teeth.

They will get x-rays while under to check the roots of their teeth.

They are doing quite a bit of blood work looking for possible causes of this early gingivitis, because they don't have any tartar or calculus on their teeth.  The vet wonders if it is a virus or bacteria causing the inflammation.  He also took some swabs of Flynn's gums to see if anything shows up.

I imagine they will go on the 21st for their cleanings and possible extractions.

Well, there you have it.  Two young boys with dental issues :)

What age did your cats start showing signs of dental problems?