The mancats continue to do well and are as crazy as ever. 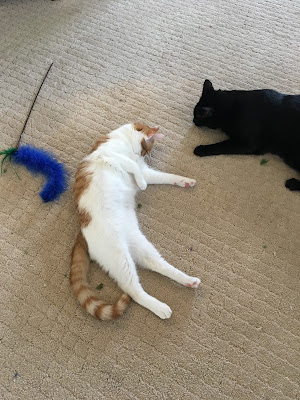 Rusty is growing every week and now weighs just over 9 pounds.  He is a thick fella, with solid arms and legs.  He doesn't have the super skinny chicken legs that Tanner had.  He is very soft and quick to purr.  He is getting better at being held, as long as you hold him the "right" way.  He still sneezes some but not as often as before. 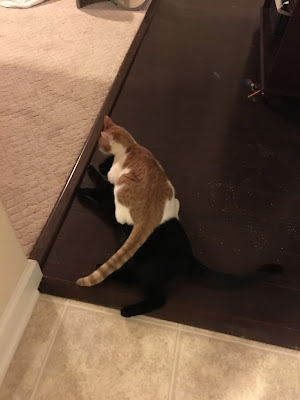 Rusty loves Harrison and Harry is a good sport to put up with him!  Here Rusty decided to just go and sit on Harry!  I know Harrison is hard to see on the hard wood floor...we should have gone with a grey floor instead of dark brown!  LOL 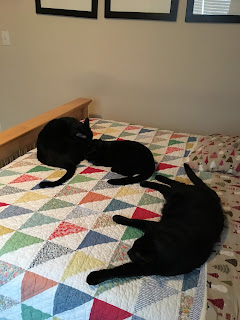 The panthers all took refuge in my room while the piano tuner was at the house on Thursday.  Rusty was in the closet behind some clothes.  The panthers from left to right are Oliver, Harrison and Flynn. 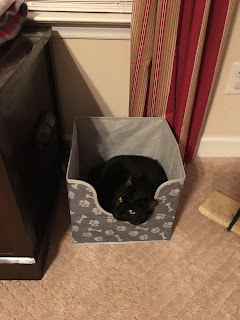 Petsmart was giving away these toy boxes if you bought so many toys...Flynn thinks it makes a great bed!