Thanks to everyone for purring for the mancats-in-training.  They went last Thursday for their big day!  Warning: Girl cats should not scroll all the way to the bottom :) 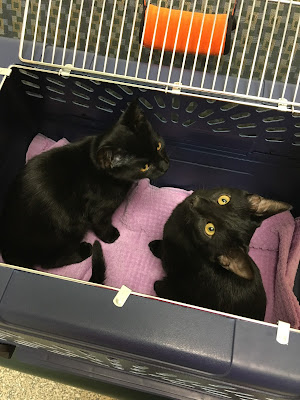 These boys are so great...I opened the carrier at the house and they both jumped right in!  They traveled every day with their foster mom to and from work, so they don't mind getting in the carrier.  I used the larger carrier so they would have more room.  I also packed a second one in the car, in case they didn't want to ride home together after their procedure.  Sometimes sedation makes you a bit angry :)  These boys were great though and rode home together without problems! 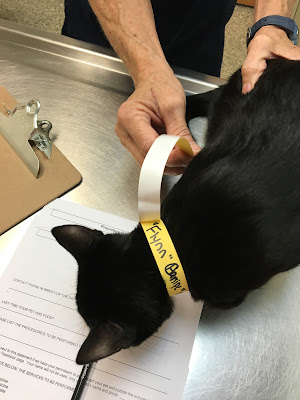 The vet had collars with their names on them so they could tell them apart.  These collars were made of paper and were huge!  The technician was going to cut off the excess in the back.  She said some dogs require two of these collars!  I can't imagine something that large. 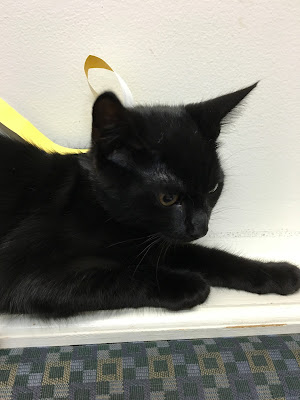 Harrison just hanging out.  The boys were scheduled to get their neuters and their microchips. 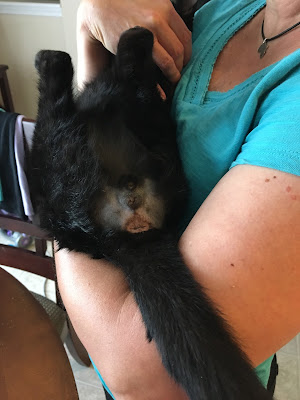 When they got home we realized they had gone a bit wild with the shaving!  This is poor Harrison :) 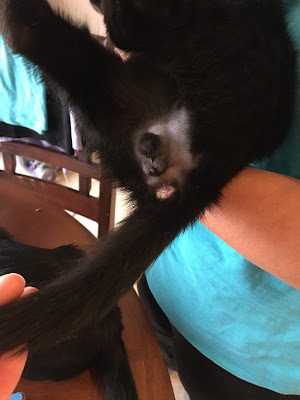 Flynn's was worse though!  He walks around with his tail in the air too, so it looks like he has a monkey butt!  We are hoping this grows in quickly!

They did great though and slept hard that evening and night.  By the next day they were playing like normal again.  They were given 5 days of pain meds, but of course did not need that much.  I gave them two doses each and called it good.

These boys are now finished with their routine vet care until next July!