Well, this has been a crazy couple of weeks for the mancats!  Auntie and I left with our parents on August 21st to head to Alaska. I'll post some pictures from that trip in the coming weeks.  The boys had a pet sitter, and we received updates daily on them, and they were all doing well.  Harrison was the only one that did not really come out from hiding.  We arrived back home on Sept 2nd and everyone was glad to see us! 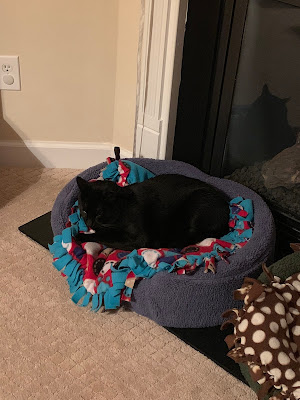 Flynn was sneezing some, so he is now just lounging around.  He is eating well though, so he should be fine :) 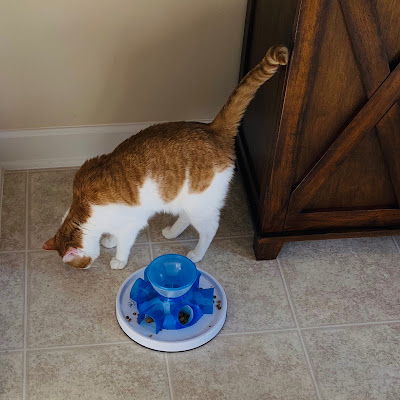 Rusty didn't mind the pet sitter and I was pleasantly surprised...he is very food motivated! 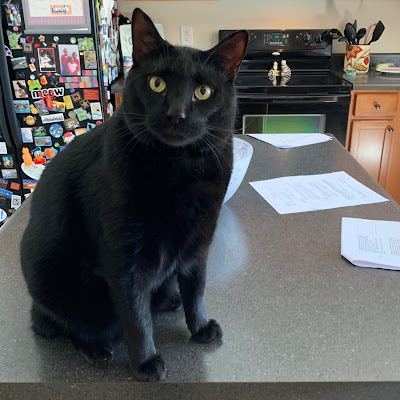 Flynn always made sure to help her when she came over... 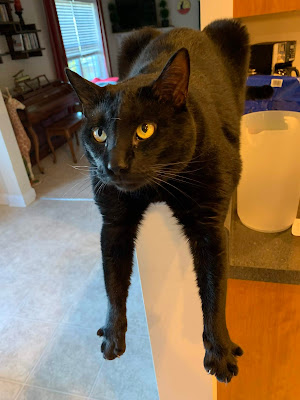 Flynn showed her what a big goof he is! 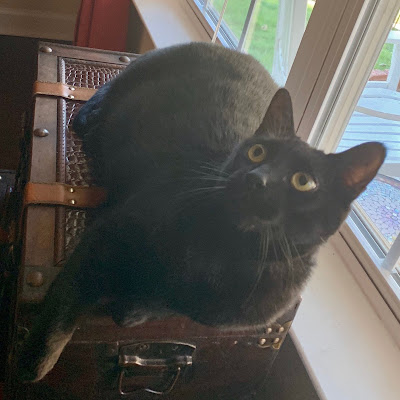 Oliver kept an eye on things too.  Oliver had been to the vet a couple of weeks before we left for some chin acne.  He had had a couple of large zits, but nothing too terrible.  We were given some shampoo and told to wash his chin twice a week and comb with a flea comb to help remove the blackheads.  He was looking good before we left, however, he was a complete swollen painful mess when we got home!  He went to the vet on Tuesday morning with his oozing chin.  I had popped a few zits on Monday with the flea comb, and done a hot compress to help more come out. The vet shaved his chin, did a hot compress, and gave him an antibiotic injection.  He was given an ointment to use daily to try and help.

Well, it's been a week, and he is less swollen but still just covered in zits.  He will be going back tomorrow to see what else can be done for him. He spent yesterday under the bed and not eating.  I found a dose of pain meds we had from Pirate, that were still good, so I gave that to him.  He was out this morning and ate some food from my hand.

It is hard to tell if it is just his chin bothering him, or it if could be what is in the picture below... 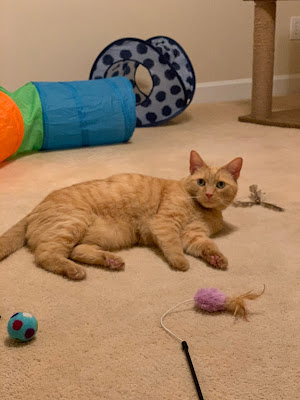 Lenny was our cousins cat, and she asked us to help her find a home or take him.  We offered to take him, and then when she finished college, if she was settled and wanted him back she could have him.  He is a super sweet and laid-back boy.  He is 9 years old.  He arrived on Sept 3rd.  He stayed in the kitten room for a couple of days and then was out in the house... 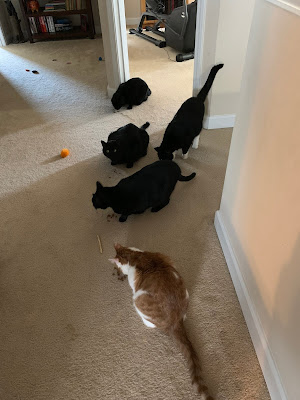 Treats are helping everyone get along and come out from hiding.  Harrison is the most nervous, but he has been out over the weekend, and doing much better. 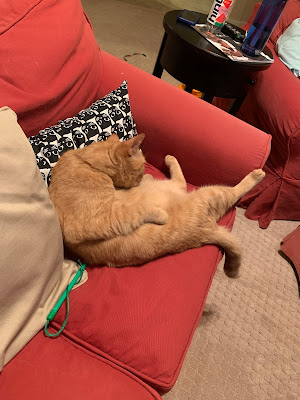 Lenny has made himself at home!

Well, there you have it.  The boys have had a big few weeks but everything is settling down now.  If Oliver can get over his chin acne we will be a happy household once again!

Posted by SuziQCat at 11:00 AM
Labels: Flynn, Lenny, New Kid on the Block, Oliver, Rusty, VET