We arrived back in Tokyo on Christmas day.  We were staying in the Asakusa area.  There is a famous temple here called Sensoji.  Once Christmas was over, the city quickly started transforming decorations for the New Year... 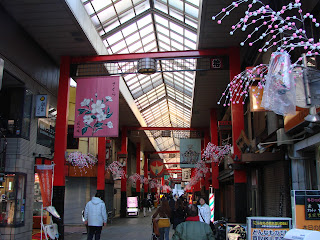 Marketplace at Asakusa, decorated for the New Year.  A lot of shops started having shorter hours, or not being open at all.  In a way that was nice, because it reduced the number of people walking around... 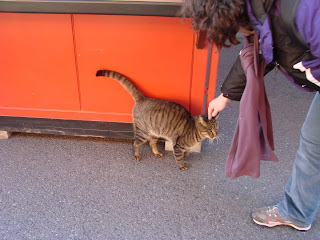 We met this friendly fella at Sensoji...he was enjoying the pets!  I was surprised by the lack of cat sitings this trip.  I suppose they were hiding out due to the cold weather. 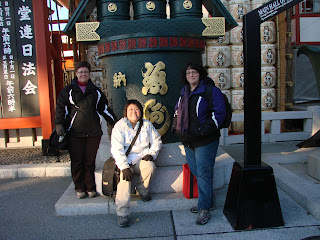 The three of us (I am in the black coat/brown pants) at Sensoji...one of the many New Year decorations...notice all the Sake barrels in the background.  They will open these and serve people at midnight! 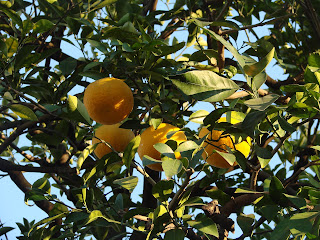 Yuzu was in season while we were there, and we loved all the yuzu products, such as cakes, drinks, bath salts, etc...It is a citrus, and can be rather strong in flavor.  A cross between a lemon and an orange. 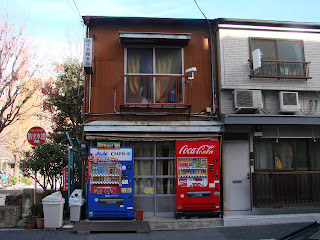 Vending machines are everywhere in Japan...you are never at a loss for something to drink or eat.  The nice thing about them is they serve hot and cold bottled drinks.  A hot tea while walking around on a cold day hits the spot! 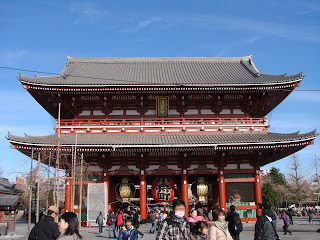 The main gate heading towards Sensoji...This temple will be packed on New Years Eve...since our hotel was close by, we opted to move to another part of town on the 30th to avoid the crowds and noise.  We moved to an area of town called Shinjuku. 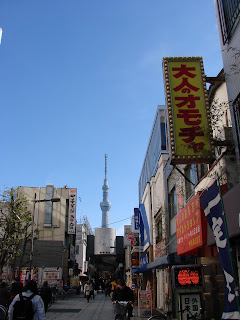 The new sky tree in Asakusa...it will be taller than the Tokyo Tower when finished.  I believe it will open in either March or April of this year. 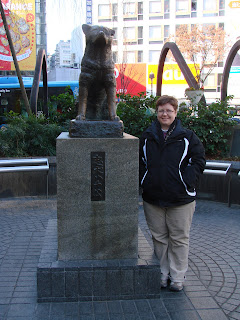 Hachiko the dog that waited for his master at the train station...The statue is in Shibuya.  Shibuya is the home of the busiest Starbucks in the world!! 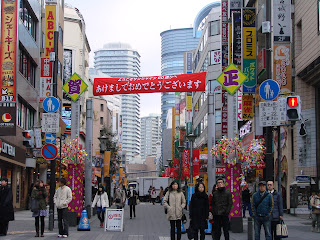 This is another area of Tokyo called Ikebukuro...it is a lively area and we spent our last day here.  The New Year decorations were still up, and most folks were off work, so it was rather busy. 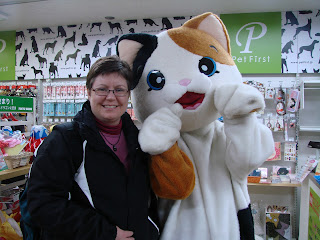 At the Tokyo Hands store, there is a pet store on the top floor.  In this particular one, you can also pay to go in and play with the kitties.  We did not do that, as we would be home the next day to see our own kitties.  This mascot came out though and we played a game with him for a prize.  I bought several toys for the boys in this store...some have been a big hit, others a flop, but that's ok :)

Well, we hope you have enjoyed this quick tour of Japan...the boys will be posting next week :)
Posted by SuziQCat at 6:30 AM
Labels: Japan Vacation