This post will feature Harrison and Flynn...they had a big week! 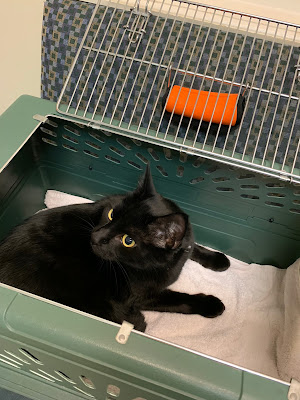 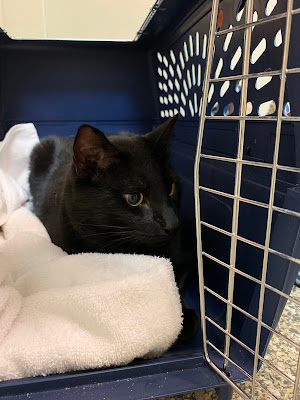 Flynn is both nervous and drugged.  He gets so upset that we tried a new medication to see if it would help him.  He was a bit better, so we will try giving it earlier next time.  We did an hour prior, but maybe 1-1/2 or 2 hours would have been better. 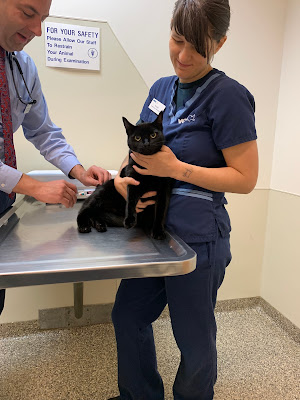 Harrison is a good patient.  Although he gets really floppy and can't support himself on the table!  He made me a bit nervous when the doctor was listening to his heart for what felt like FOREVER!  Finally, he said that when Harry's heart was racing, he could hear a slight murmur, but when he was beating normally, it wasn't there.  He doesn't think we need to be concerned at this point. 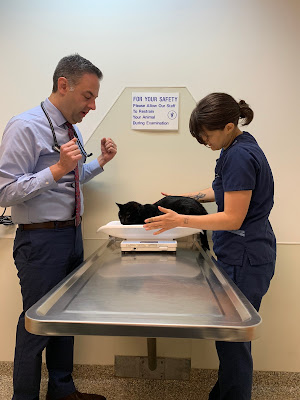 Finally, it was Flynn's turn.  So far so good...They didn't have to break out a towel to make a purrito this time, but his exam was noticeably shorter than Harry's! 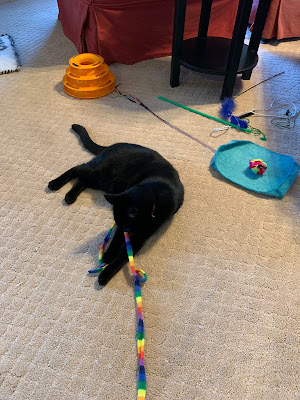 All was forgiven by the weekend though, and Harrison was ready to play! 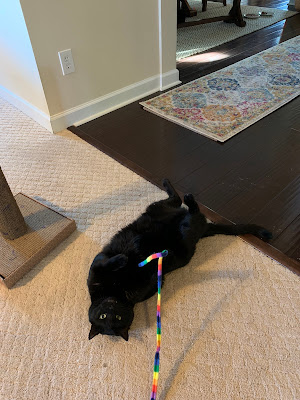 Flynn says it is too hot these days...he likes to lie around and air out his parts.  He is back to being a big goof ball!

Maybe next year, we will get the dose and timing right for him.  I don't like seeing him so upset!

We hope you all are having a good summer..thanks for stopping by!

Posted by SuziQCat at 8:29 AM
Labels: Flynn, Harrison, Mancats, VET