The mancats have enjoyed themselves this week.  Auntie got her new Fair Trade Friday box in the mail, and inside was a "beach towel".  Now this towel is more like a tea towel and will probably not absorb any water, but it is very pretty.  Auntie wondered if it would look good as a runner on the dining table, so we tried it.  The boys took right to it, trying to make sure it was straight.  Such big helpers! 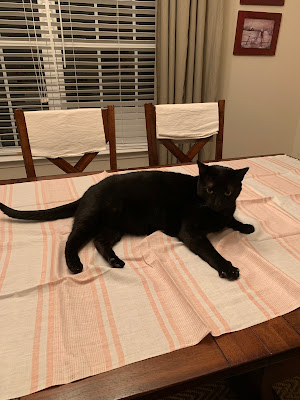 Oliver thought it had been placed there for him...this is HIS table after all. 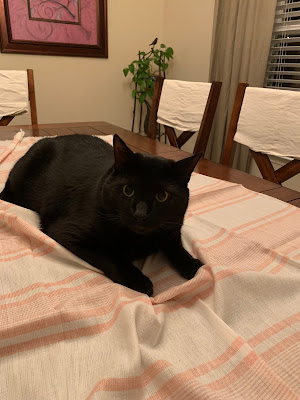 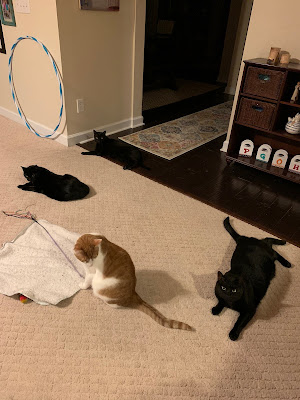 A group photo...Oliver is near the wall on the hardwood floor...he is a bit hard to see. 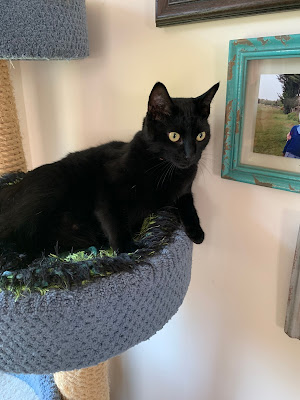 Harrison has been in a funny mood these days.  Much more relaxed and confident, which I like to see. 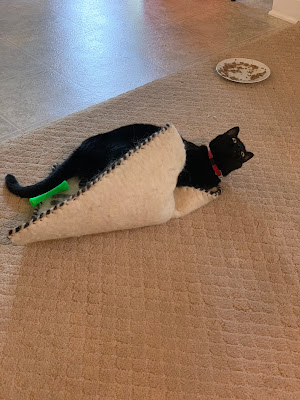 A good swipe under the stove revealed many lost toys, one of which was Harrison's favorite green mesh toy.  He brought it over to this mat and played for a long time! 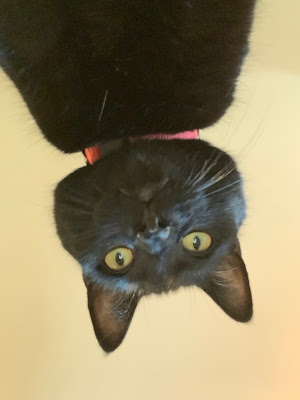 Later, I was lying in the floor playing and he was fascinated by my phone.  I sat it down, and took a few pictures of him staring at the screen!

We hope you all had a fun week...see you next Monday!