This post will focus on Rusty.  He has had a few adventures in the past couple of weeks 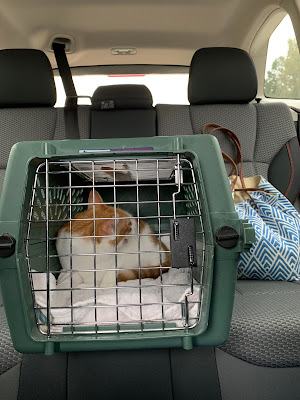 Rusty was the first cat to ride in my new car.  He was not impressed!  It was time for the annual vet visit.

Here is a video, mostly black, but you can hear Rusty singing the song of his people.  He sang the entire way to and from the vet's office! 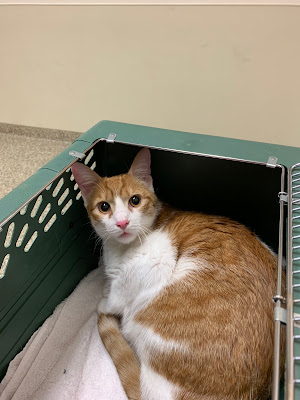 We finally arrived and were placed in a dog room again.  I think he has a flag in his chart from his Panleukopenia.  He sat calmly, but his eyes told a story of complete fear! 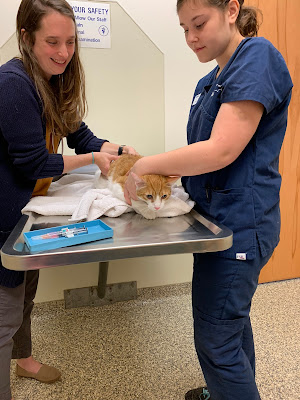 Our regular vet was out sick, so we saw a new lady.  She was nice and Rusty sat frozen in terror for his whole exam!  The last time Rusty was at the vet, he weighed 2 pounds.  He weighs 12 now!  He was given an all clear, an FVRCP and Rabies vaccine and told to come back next year.

I don't want to jinx myself, but I can't believe I have only been to the vet two times so far this year.  Oliver needs to go next month.  I can get used to this new normal! 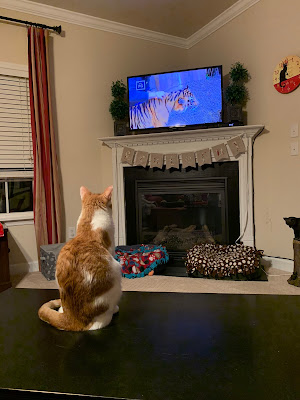 Rusty discovered the tv.  We were watching a show about a zoo, and some tigers were on screen.  He watched the whole time they talked about the tigers.  Maybe Rusty is a tiger instead of a panther :) 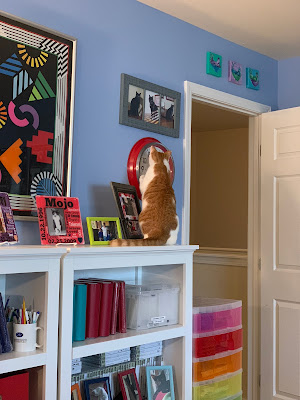 He learned to jump up on the bookcase in my craft room.  The clock was fascinating!  He tried for several minutes to catch the second hand as it clicked around.  Of course, every time it clicked a new second, he had to flinch! 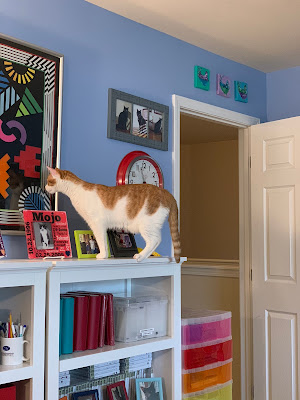 He spotted another cat in the artwork and was intrigued by him.  Who is this cat?  I've never seen him before!

The black panthers are all doing well still.  I will try to do a focus post on each of them in the coming weeks.

Posted by SuziQCat at 9:54 AM
Labels: Mancat, Rusty, VET