So we brought the kittens downstairs for a while on Sunday.  They need to be exposed to different sounds and movement, so they will be confident in their new homes. 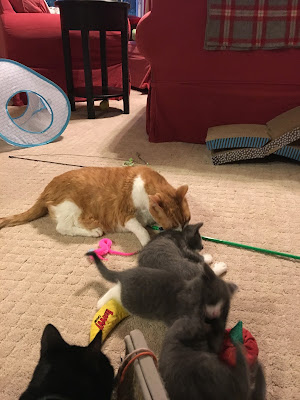 Tanner was in heaven!  He loved having this size baby around again.  He washed everyone and played with them gently. 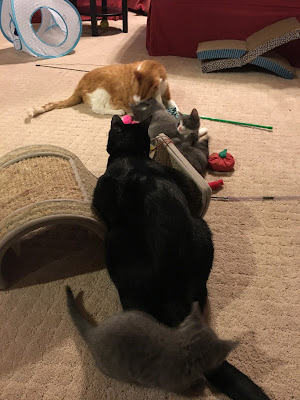 The Panthers all did well too with the kittens.  Flynn and Harrison were very curious about them.  Oliver played for a bit and then started growling at them some. 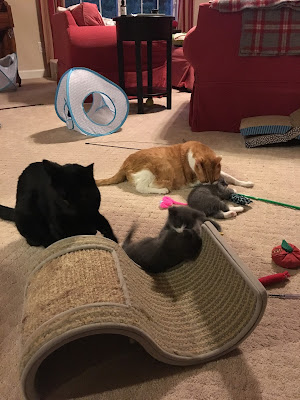 Cousin Georgie wasn't happy at all and had to be put upstairs in another room.  He doesn't like change! 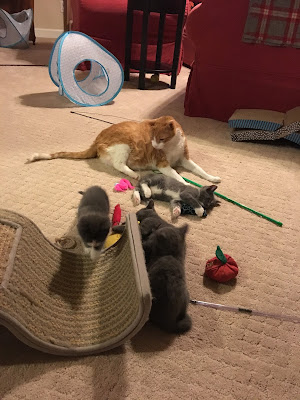 The kittens did very well.  They explored and played and discovered the catnip banana!  They had had a big day because a friend had been over with her three children.  The kittens were handled a lot during their visit! 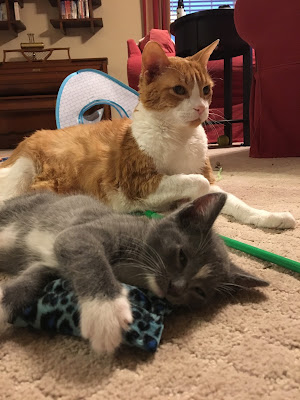 After a while, everyone was wiped out.  Solomon fell asleep hugging his new toy!

Here's a video of Tanner playing with Solomon.