This week we will focus on the special bond between mancats.  Harrison started feeling puny on Wednesday of last week.  He would vomit after eating and just sat around not wanting to play.  We knew he didn't feel well if he wouldn't play! 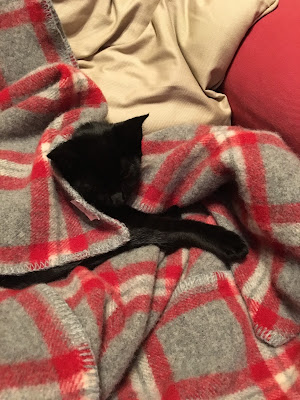 Harrison tucked himself under this blanket on the couch and slept one evening. 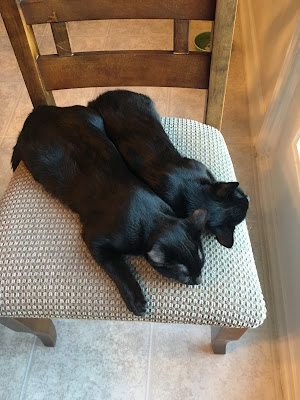 Flynn didn't know what to make of his brother not playing.  You could tell he was lonely and worried.  He stuck close to brother when he could and offered support to him. 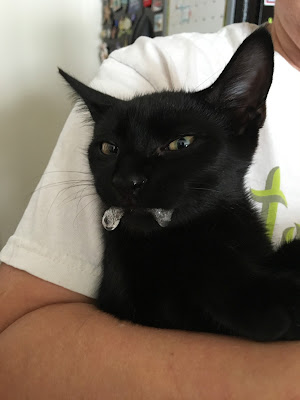 Harrison went to the vet on Friday and was given some fluids, an anti-nausea injection, and some anti-diarrhea medicine.  He definitely felt better by the time we got home!  He actually ate pretty well that night but still rested.  The next day, we had to start his medicine at home...he was not impressed!  He doesn't fight or anything, but the liquid is quite bitter tasting to him.  He gets his medicine twice a day until Friday morning!

Thankfully, on Saturday morning, he was feeling much better and asking for more and more food.  Here he is chowing down on a plate of Trout and Pasta. 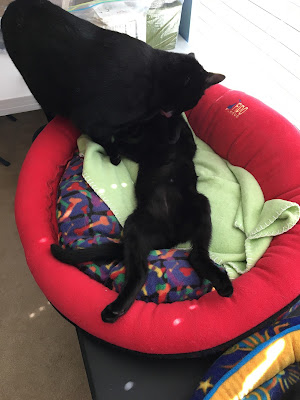 Oliver was so happy that he was feeling better.  He gave him a nice long bath while he slept! 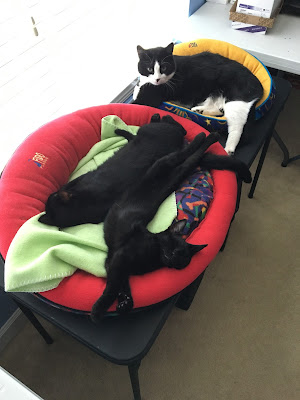 Flynn came over and snuggled with him some more too.  They are all good friends and it was touching to see how they cared for Harrison when he was sick.