Welcome back to Thika, a suburb of Nairobi.  Today is Sunday and we are going to church.  Not just going, we will be helping newhope Kenya serve their community.  We are all wearing the official church "first contact" shirt that says "Karibu" (welcome) on the front, and "Here to Serve" on the back.

African church is a bit different from American church.  The service starts with a special prayer service, which lasts about an hour.  This was extremely powerful as we witnessed first hand the needs and requests of our brothers in Christ.  The service covered everything from family, protection for children, our newhope campuses, the worship service, etc... 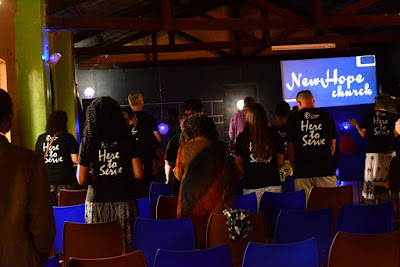 This photo was taken by the Kenyan production team...I took it from their facebook page :) 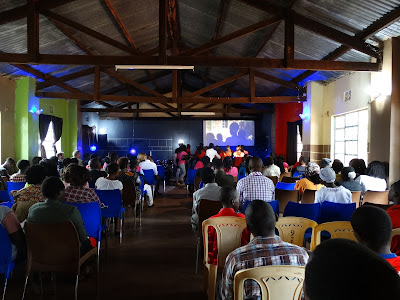 The worship service started out with a smallish crowd.  Kenyans are on a different time schedule than Americans as well.  If something starts at 10am, as long as you are there within the hour, you are still on time!  People kept coming in throughout the service and eventually it was standing room only! 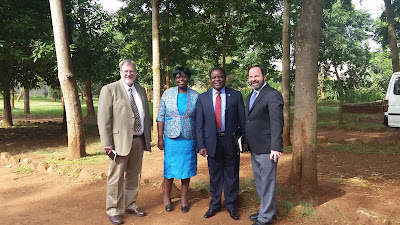 The service was special because there was a delegation from the organization called Global Partners there to ordain the newhope pastors.  This is a HUGE accomplishment as 77% of pastors never reach this milestone..  The group represented South Africa, Swaziland, Sierra Leone and Zimbabwe. 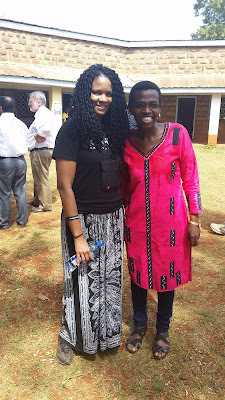 Pastor Gloria (pink dress) and her husband, Pastor Azik were ordained.  They are the first two pastors in the Wesleyan church in Kenya to be ordained.  We are so proud of them! 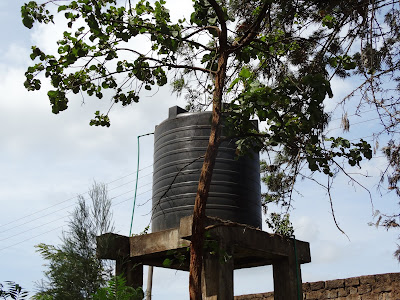 After church we had time to visit with the members.  They pointed out that we had put in this water storage tank for them the previous year. 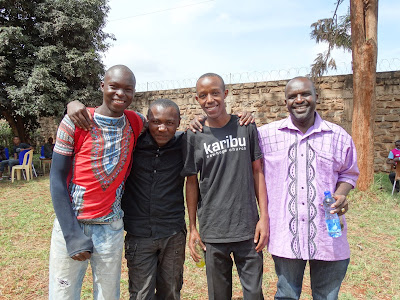 The church's rugby team and Pastor Azik (purple shirt)  This is a fine group of young men.  They helped move chairs, they cleaned, they ate lunch last to give everyone else a chance and basically did anything that was needed.  Often without prompting.  I enjoyed getting to know these guys. 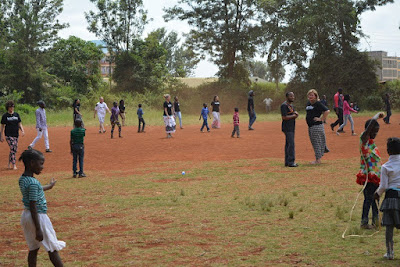 Before we ate lunch, we had a soccer match.  Yes, the newhope Kenyans had sent a video to the newhope Americans challenging us to a soccer match!  Now none of us really know how to play, so it was quite comical!  As you can see in the photo above, many rules were broken including how many to a side.  Basically, any American or kid was on our team!  One of the rugby players served as our goalie to give us a chance. 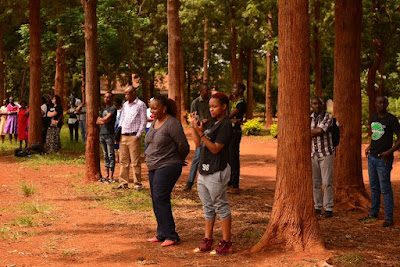 We had quite the crowd watching and laughing at us! 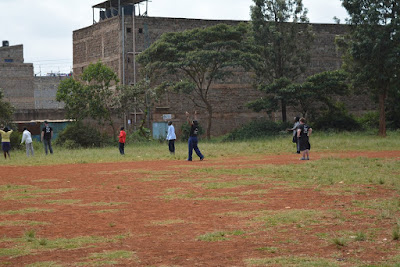 Around 2:30 it was time for our team to depart.  Four Americans remained behind as they were doing different work in Kenya, but the rest of us left for our village.  It took about 3 hours to drive to our next hotel.  Most of us slept and were ready for dinner when we arrived. 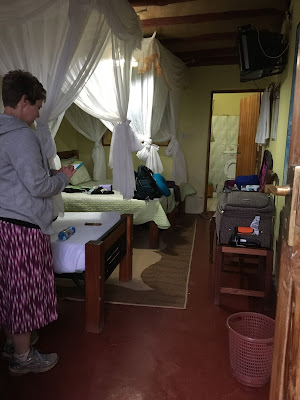 Auntie and I were surprised to find we were in the exact same room as the visit before!  We felt right at home.  The room has mosquito netting around the beds, which came in handy this trip as it was summer.  Thankfully, it wasn't too hot any day we were there really.  Not like what many of us think when we hear the word Africa! 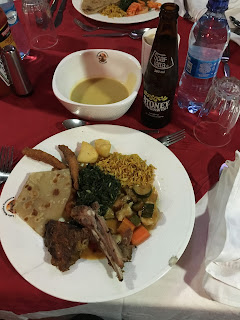 Next week, we will start with day one in Kiria.

Posted by SuziQCat at 6:30 AM
Labels: Kenya, Missions, Travels