We had to be off the ship at 6am to catch our train, so it was an early morning! 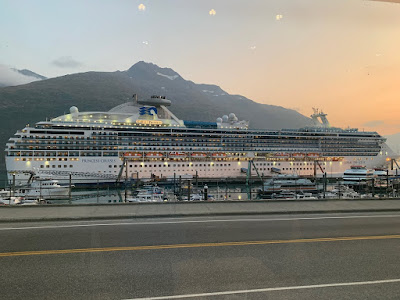 One last view of our ship...she served us well for the past week.  We will miss you Coral Princess. 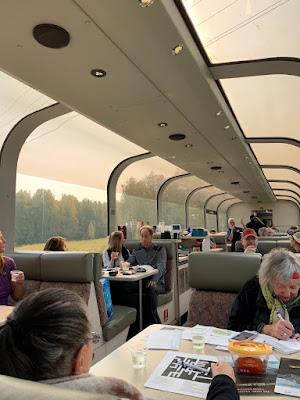 We boarded a train to Talkeetna.  It was a beautiful ride.  We were served lunch on board, given activities to do, and learned a lot about the areas we were passing through. 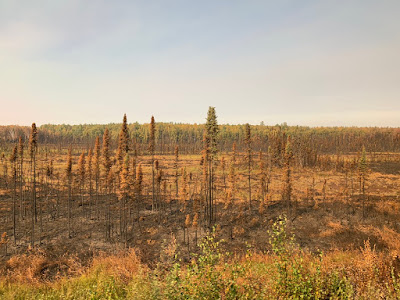 They were having a lot of wildfires in Alaska...here is an area that had recently burned.  Because most of Alaska is uninhabited, they do not worry as much about the fires.  Fires create new life, so unless they are threatening humans, they typically let them burn themselves out. 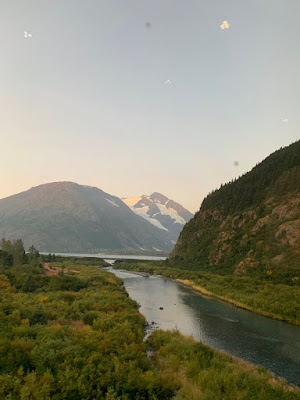 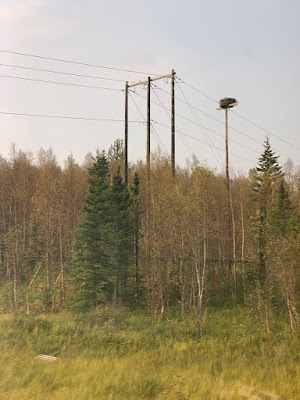 This is an eagles nest on top of a power pole.  When the state needed to put up new poles, the citizens were concerned about this nest.  Thankfully, the pole was left alone and the birds still live there today. 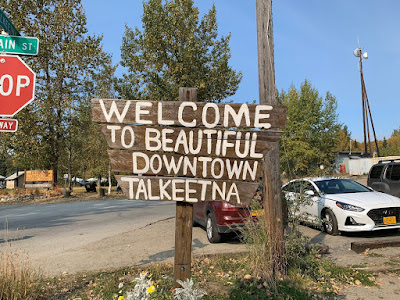 Our train ride ended in Talkeetna.  This town is about 3 blocks long down one street.  It didn't take us long to visit all the shops :) 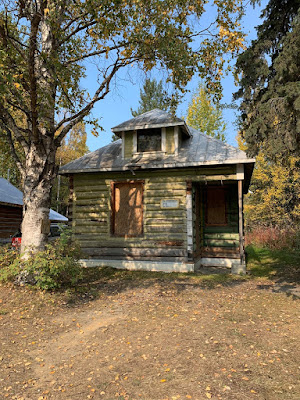 There were several older looking homes...I'm not sure I'd want to stay here during the winter.  We didn't see a grocery store anywhere! 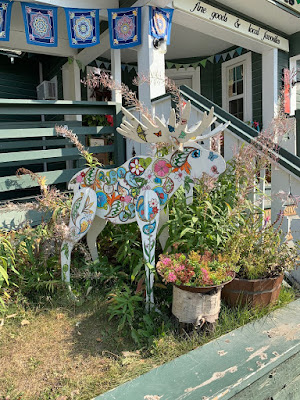 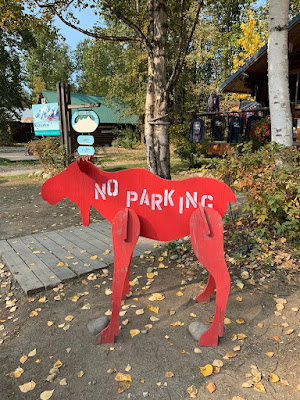 Don't mess with the Moose...no parking! 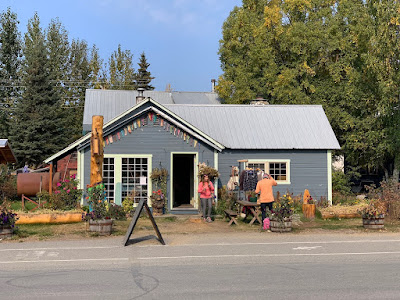 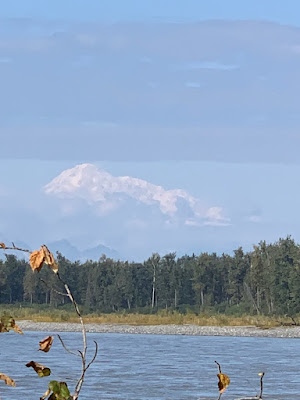 We ventured down to the river and spotted Mt Denali.  It was a pretty clear day, so we were lucky to see the top of the peak.  Only about 30% of visitors see the top. 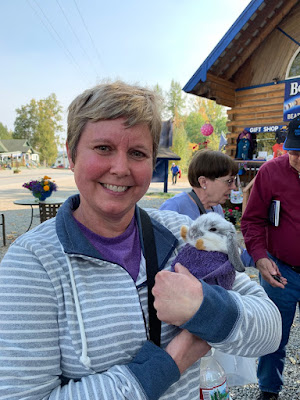 As we were heading to the bus area to catch the bus to our hotel, we found a place where you could hold baby bunnies.  Here's Auntie holding one.  It was a fun way to end the day in Talkeetna. 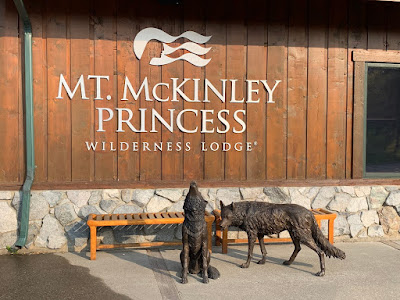 We stayed at the Mt McKinley Princess Lodge for one night. The lodges were just as fun as the ship.  There were hiking trails, shops, restaurants, and just beautifully manicured grounds... 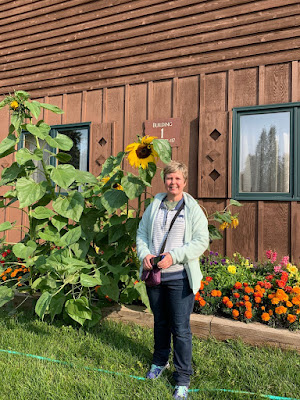 We had time to do some hiking the following morning before catching our bus to Denali National Park.  Auntie and I found some large sunflowers. 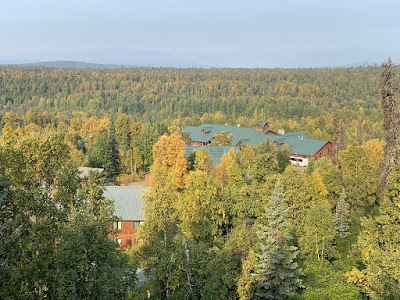 Here is a view of the property from the Tree House.  There were many buildings you could stay in, and a shuttle bus that ran continuously so you could get to the restaurants and such. 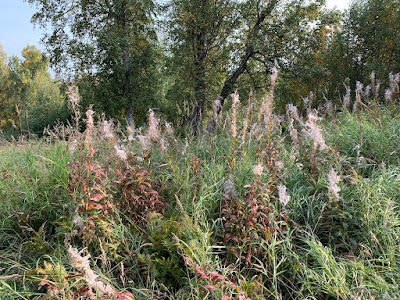 This is Fire Weed.  It was blooming because we are nearing the end of summer.  It got it's name partially due to the red color, and also because it is the first plant to reappear after a fire.  We tried Fire Weed ice cream in Talkeetna, and I bought some Fire Weed honey to put on my yogurt.  It has a bit of a berry flavor, and is pretty good. 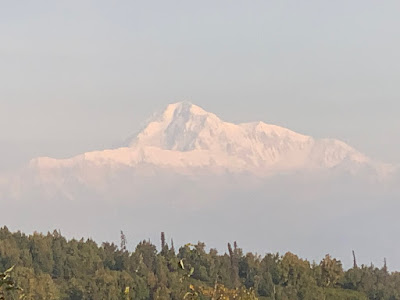 Another view of Denali from the lodge's back porch.  You could get on a list to be called when the top was present, which was a nice feature.  Thankfully, we saw it pretty much the whole time we were on the property.

The name of the mountain was changed to Denali from Mt McKinley in 2015.


Posted by SuziQCat at 6:30 AM
Labels: Alaska, Vacation