Here in North Carolina, we don't get a lot of snow, so it is exciting when it happens!  This past Wednesday, they were calling for 1-2 inches, but we ended up with almost 8 when it was all over!  Our State pretty much shut down!  LOL 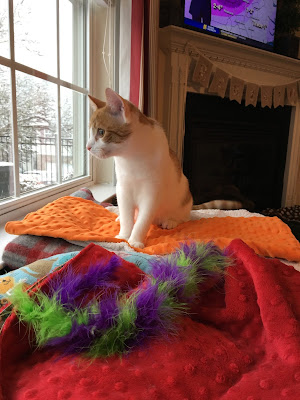 Rusty was fascinated by this falling white stuff.  It was a really pretty snow with big fluffy flakes.

Do you see his purple and green feather/puff?  He carries it around with him everywhere!  He also has a blue one that is still on the stick that he loves as well. 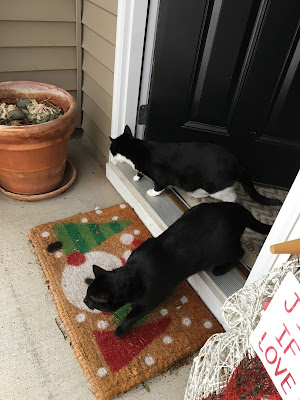 We decided to let the boys look closer from the front porch...that way, they were under a cover and didn't have to get in the snow unless they wanted to.  Flynn and Georgie were the first ones out... 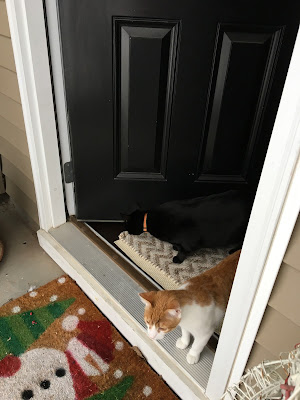 Oliver and Rusty were curious as well... 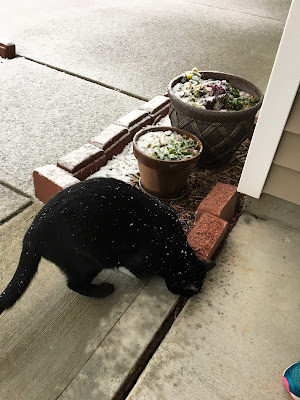 Flynn didn't mind getting snow on him...he loved it and went out several times throughout the day. 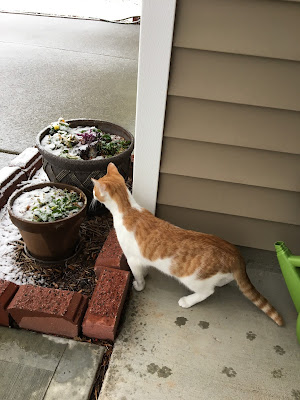 Rusty was very curious, but not enough to get wet...you can see the snow had just started. 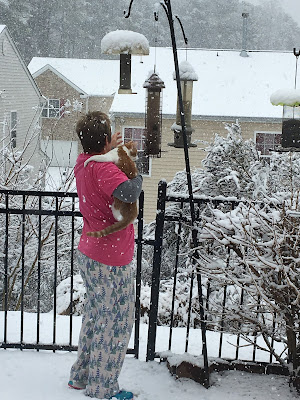 As the amounts grew, it would weigh down the squirrel proof feeder and the birds couldn't eat.  Auntie and Rusty went out to knock the snow off the top. 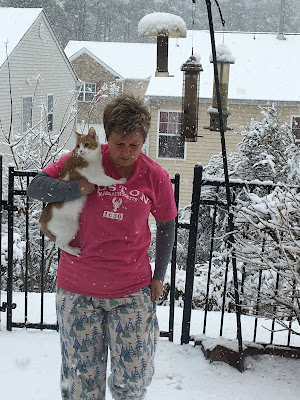 Rusty is holding on for dear life! 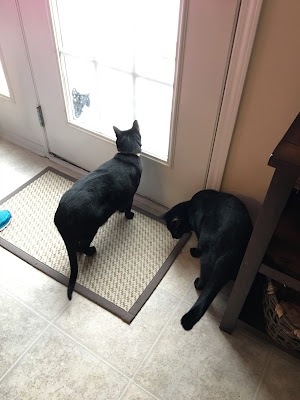 Oliver thinks he would rather watch from inside...do you see Georgie outside?  He loves the snow and enjoyed walking around in it for a few minutes. 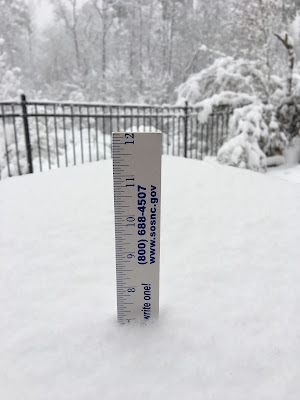 We still had a couple of hours to go before the snow ended...it went all day long and was so pretty and peaceful.

What about you?  Do you like the snow?  Are you brave enough to go out and get your feet cold and wet?