A random collection of photos this week, but Oliver is here! 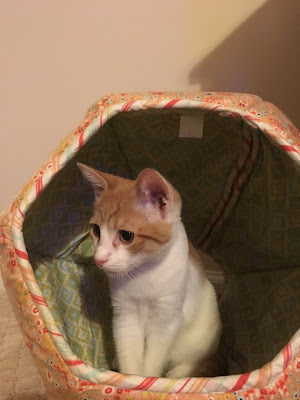 Rusty hanging out in the cat ball. 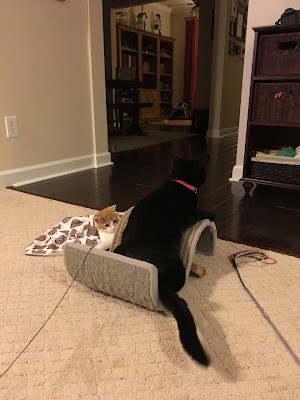 Harrison and Rusty playing on the "S" Scratcher 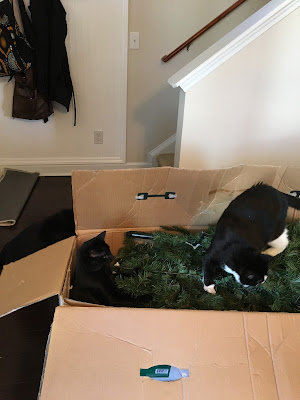 Flynn and Cousin Georgie checking out the Christmas tree 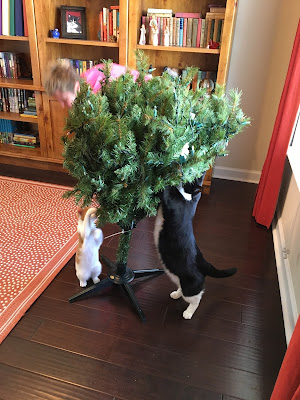 Rusty and Cousin Georgie saying something isn't right about this tree...they try to pull those branches down for Auntie! 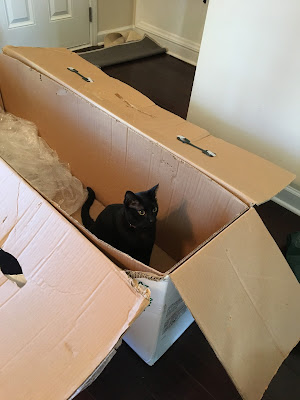 Oliver double checks the box to make sure all the pieces are out... 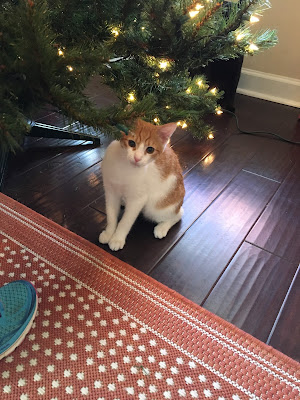 Rusty admiring the lights...so far he is doing good with the trees...keeping his mouth closed, and not chewing anything! 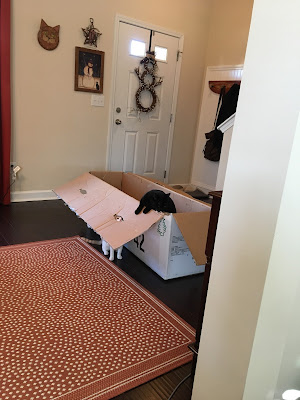 Rusty and Flynn playing in the box... 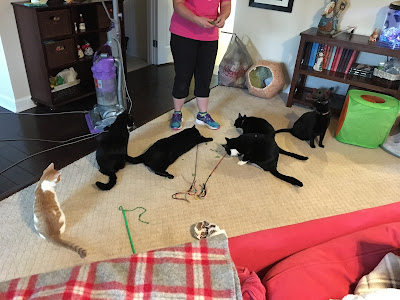 Later that day, we rewarded all the hard work with some fresh catnip...
l-r Rusty, Pirate, Flynn, Georgie, Harrison, Oliver 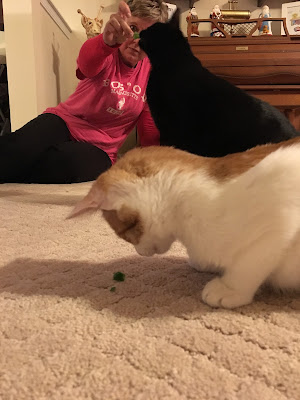 Rusty tried to eat his piece...he still isn't too sure about this catnip stuff... 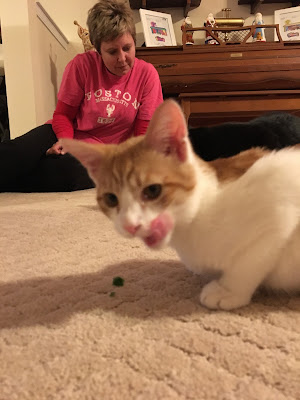 Eventually, Flynn came over and ate his piece! 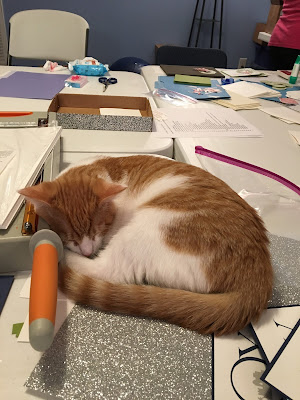 Tired baby after a long day of work!

We hope you all had a wonderful Thanksgiving!