Our trip to Kenya started out with a lot of travel.  First flight left at 6pm from Raleigh and went direct to London. 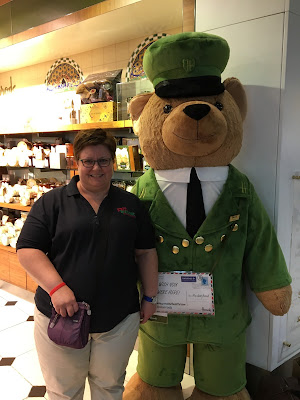 We had about 4 hours of waiting once we arrived.  Plenty of time to walk around, shop, and get a good breakfast.  We finally boarded for Nairobi and of course the flight was delayed.  In addition to being delayed, it had to have been at least 90 degrees in the cabin!  We were all sweating and miserable.  Thank goodness we had packed cooling towels, so we survived.  I refilled my towel each time I went to the bathroom, so it stayed cool. 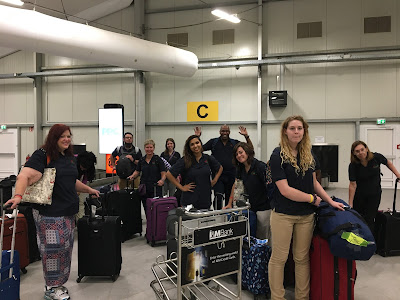 Because of our delay, we arrived in Nairobi at 11pm.  Thankfully, all of our personal luggage, plus most of the extra bags arrived. Two odd sized boxes decided not to join us, so time was spent filling out lost bag forms.  Here is the team waiting for the lost bag folks to finish so we could be on our way to the hotel and bed! 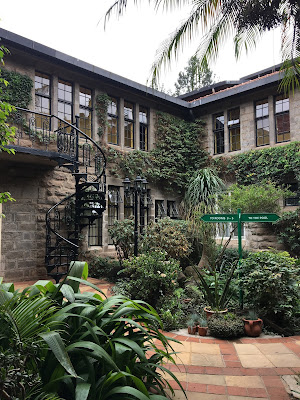 Our first night was spent in luxury at the Fairview Inn.  It was a beautiful property with wonderful food and people. 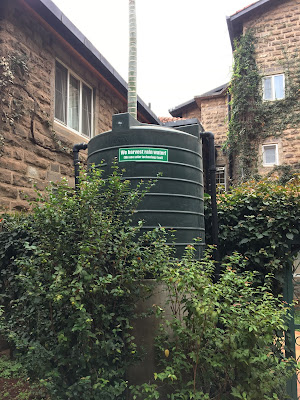 A water tank...these are seen pretty much everywhere in Kenya. 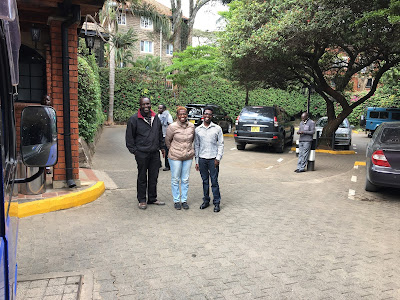 We met up with the Kenyan pastors, Street Hope leaders, and the founder of the Ark Children's Home for breakfast.  It was so nice to see friends and catch up!  Here are Pastors Joshua, Gloria and Peter. 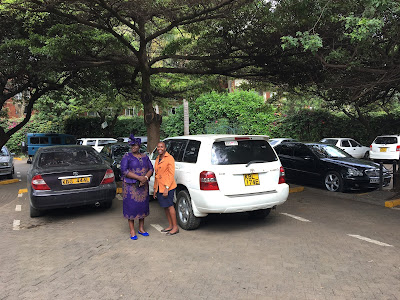 These ladies are Carol, who runs the Ark, and Susan, Peter's wife. 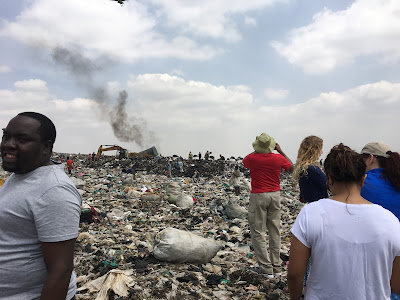 After breakfast, our time of luxury ended and we were thrust right into intense poverty at the Dandora Dump.  From my reading on Wikipedia, the dump is 31 acres and has been considered "full" since 2001.  Over 2000 tons of garbage is still dumped there daily though from all over the city and airport. 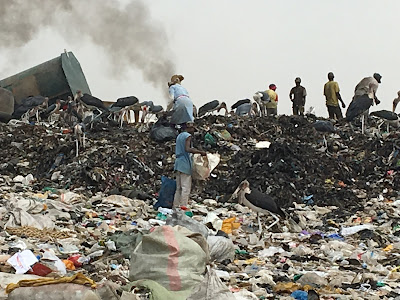 There were many people picking through the garbage and large Marabou Storks scavenging as well.  The dump is a dangerous place because people are desperate for food and the recyclables they collect to sell.  We were escorted by armed men at all times.   We spoke with one of the pickers and she said that a bag of plastic bottles would bring about fifty cents, and it may take 3 hours to fill the bag.  Just imagine. 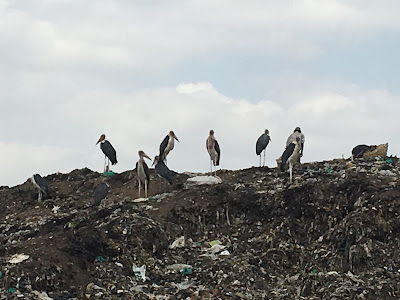 Here is a better shot of the storks...they stand about 5 feet tall!! 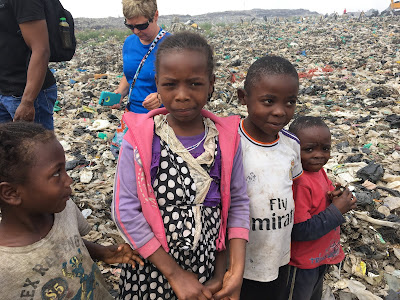 Rita and her siblings walked with us through the dump.  They live in Dandora and the trash helps to provide for their family.  I also read that many of the kids in the area have respiratory problems because the dump is always burning.  They also have high levels of lead in their bodies.  The very thing that is helping them survive even a meager existence is the very thing that is slowly killing them all. 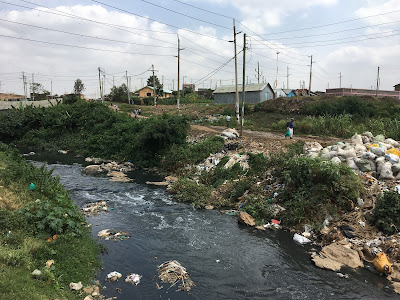 This river separates the housing in Dandora from the dumpsite.

There has been discussion about closing the dump, however it is a tough subject because so many individuals rely on it for life.

The words for today were Overwhelmed and Helpless.

Posted by SuziQCat at 6:30 AM
Labels: Kenya, Missions