We continue to have above average temperatures here, which we are not complaining about!  I thought that I would share some photos of the first snow/ice storm from early in January. 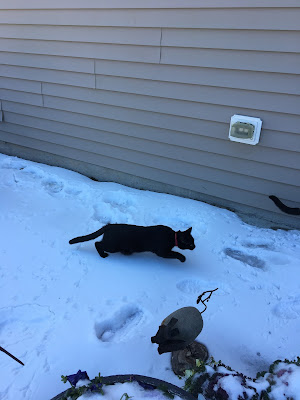 Harrison was not impressed and ready to get back in the house!

We were supposed to get an all snow event, but it turned into a snow/ice storm like always. 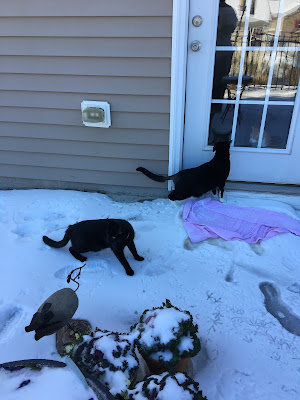 Cousin Georgie is at the door waiting and Harrison is next in line... Tanner never made it outside...he decided he liked his toes warm!  We had to put towels down to make a path to the trash can because it was basically a sheet of ice. 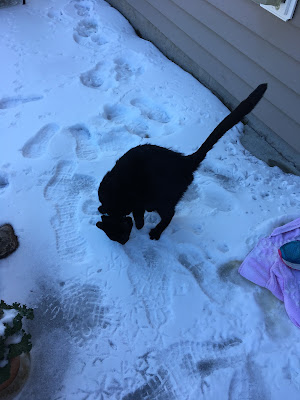 Flynn was chill like always...he doesn't let anything phase him! 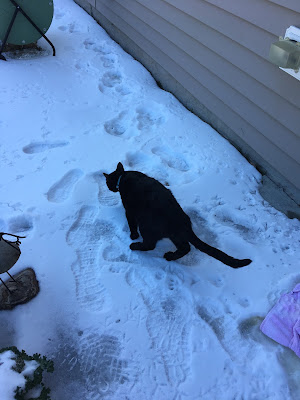 Checking it out...this is his and Harrison's first snow. 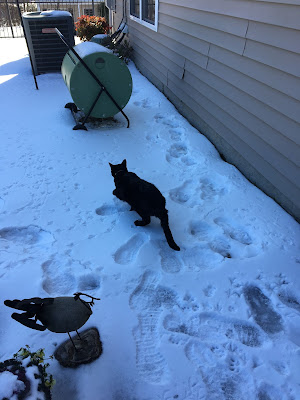 Venturing a bit further...he has never been in the yard before either... 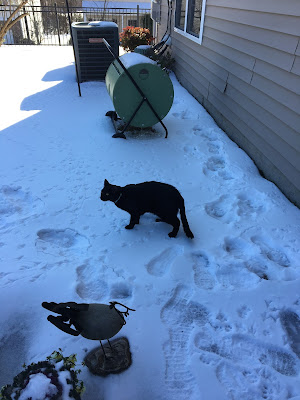 There isn't a photo of Oliver because I tried to bring him out, but he refused to be put on the ground.  He climbed to my back when I bent over to sit him down, so I walked back towards the door and he jumped back in the house.

We live in a neighborhood and there are two entrances.  Each one has a hill to climb to get to the main road.  We were stuck at home from Friday until Tuesday unable to climb either hill to get out!  Lots of kids sledding though and having fun.

I hope we have another snow this winter, although I won't complain about temps in the 70's in February!
Posted by SuziQCat at 9:37 AM
Labels: Flynn, Harrison, Mancats, Snow, Tanner