Harrison loves the water!  He hears it running somewhere and he has to be there to touch it.

This weekend we had a few times where Harrison could play in the water.

First, he discovered the washing machine! No worries, it was not running at the time, but it sure is a fun place to explore! 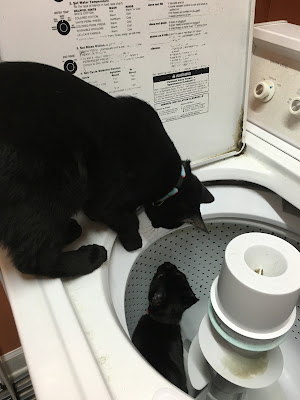 Harrison in the washer and Flynn checking it out 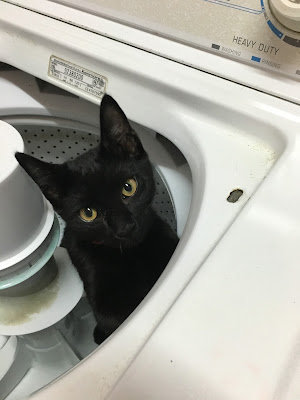 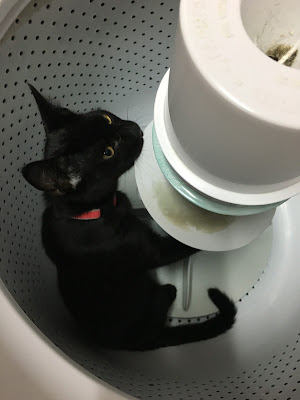 Harrison watching the water flow into the washer

We didn't get a video of this event, but later Auntie was adding clothes to the washer as it filled up.  Harrison is watching the water and touching it as in the video above, but then he decides to get in with the clothes.  He steps down onto the clothes and starts sinking into the water!  We snagged him out and dried him off...he loved it!  You need to keep a camera handy when Harry is around!

Secondly, Harrison helped me change the fish tank water.  Once the new water was added back in, he took a minute to inspect our work!  You can see all the water that has been sprayed on the wall from him shaking his paws!  I'm posting a short video here, but the YouTube link is a longer version.  Notice, he is in up to his armpits!

After the fun he had in the bathtub the other week, I ordered him some moving bath toys.  They finally came last night, so it was time for Harrison to play again.  I started him in a clear bowl so all the boys could play if they wanted to.  Flynn was a bit curious and touched the water some, but none of the others came over.

Harrison and his toy fish

Well, we hope you have enjoyed this edition of Harrison the Water Baby!

Now, I want to take a minute and wish my beautiful Devon a happy 15th birthday at the bridge.  You are missed very much but I see a lot of you in Oliver and Harrison.  Thanks for sending these special boys to me! 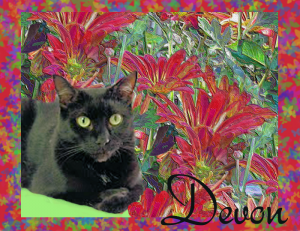