This post isn't about weight loss, but more about some side effects that Tanner is working through at the moment.  If you all remember, a couple of months ago, Tanner's blood work came back showing he was anemic.  Well, we have been monitoring him, and he is acting and eating normally.  He still at times though, will look rather pale.  His nose will be pretty white, and his feet pads will be more white instead of pink, etc...I took him back to the vet because I thought maybe his anemia was getting worse or something.  His blood work actually came back really good!  The anemia appears to have resolved itself, and his numbers looked good for everything they tested.
So why does he turn pale at times?  The vet is wondering if because he has lost so much weight (25% of his total body weight) that maybe some of his heart meds need to be adjusted now.  She believes at times, his blood pressure is dropping causing him to appear pale. 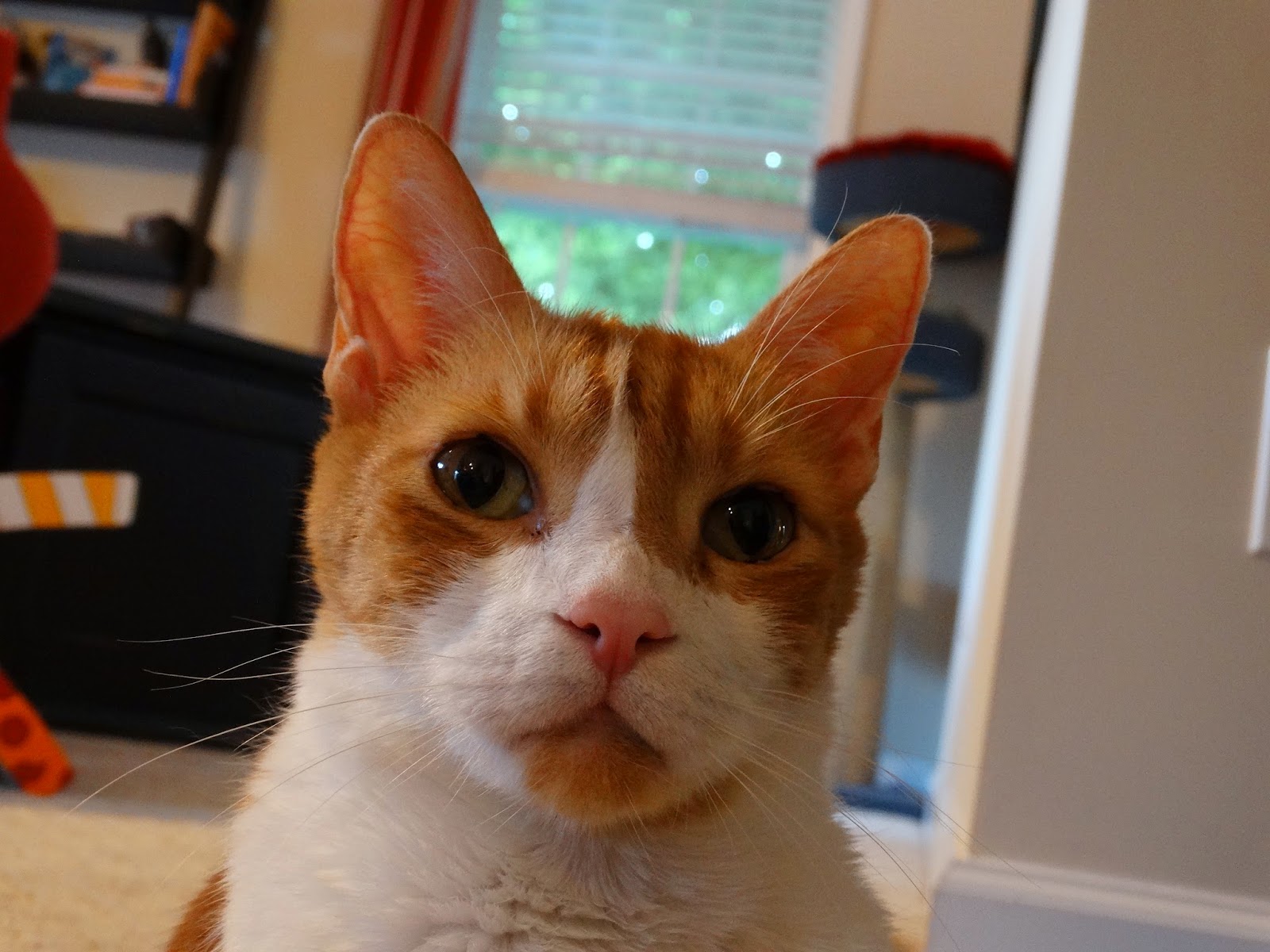 Here he is with a nice pink nose!  This is what it should look like... 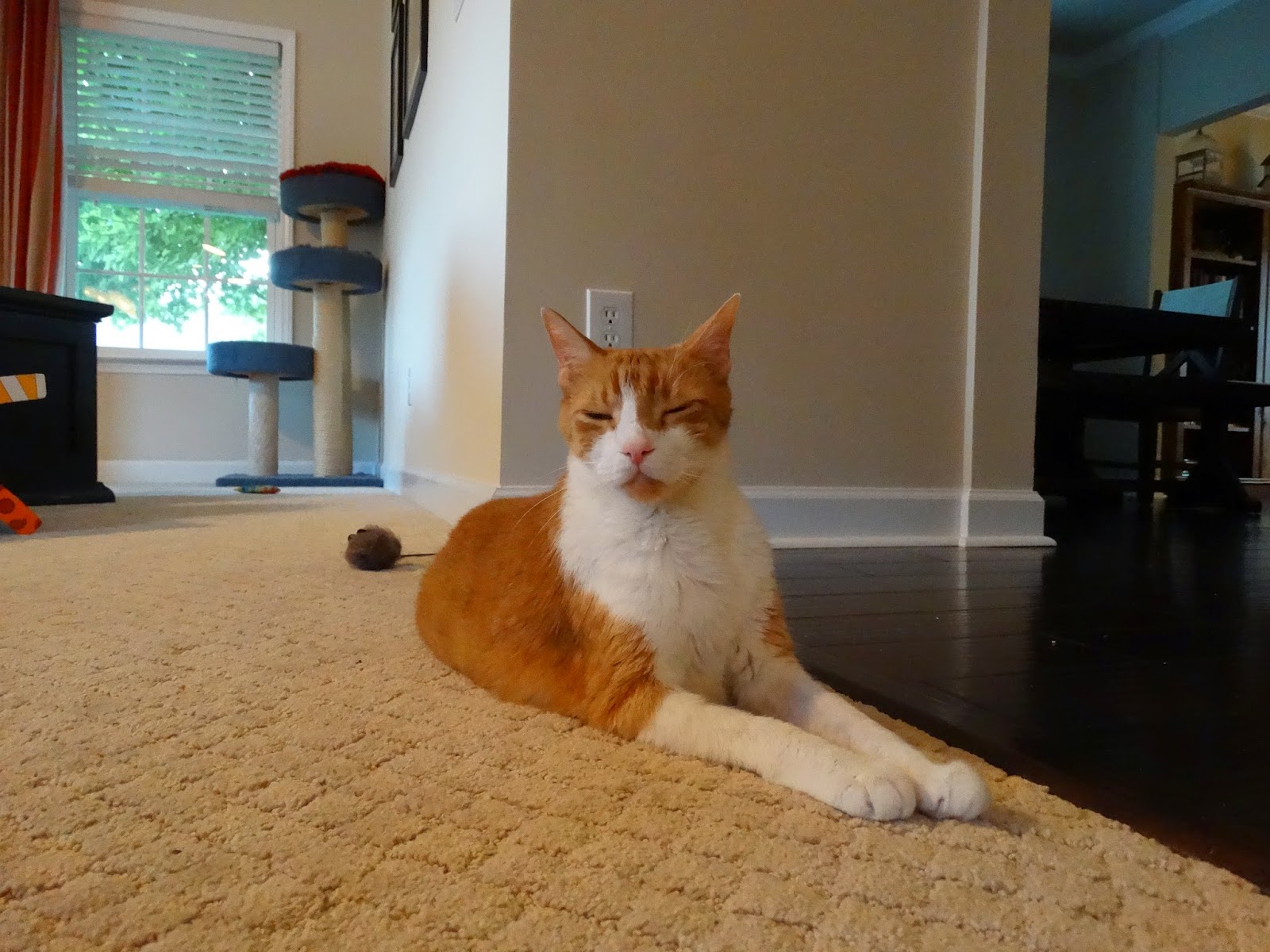 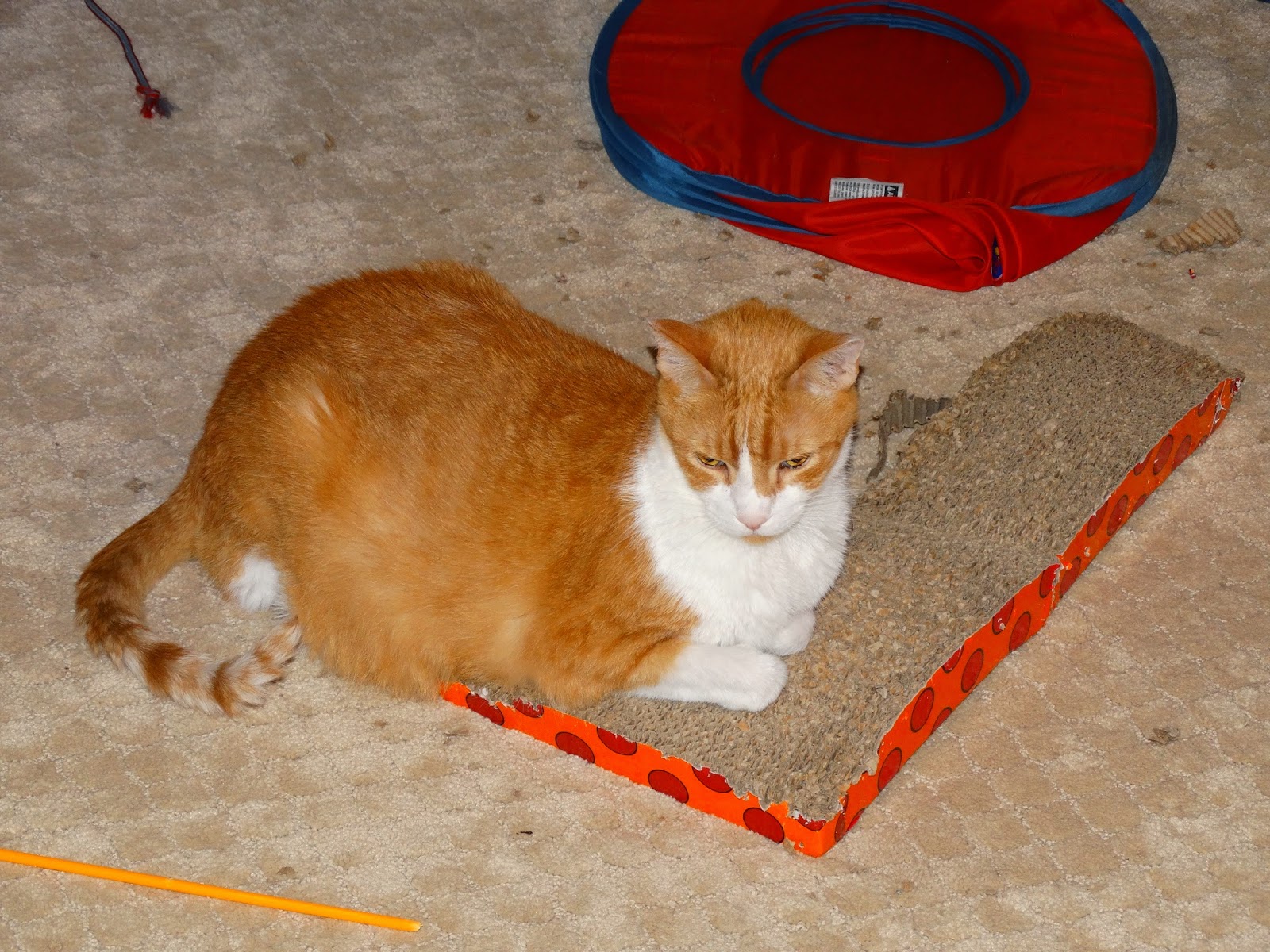 Hard to see because of the angle, but here is a whiter looking nose...When I see him like this, I am to check his heart rate to see if it is elevated, meaning it is compensating for the lower pressure.  And then aggravate him, to see if he "pinks" back up.  I usually give his tail a good squeeze!
We checked his blood pressure at the vet, and it was pretty normal for a stressed cat.  He was also very pink at the vets office because he was upset!
We will be working with his cardiologist to see which med we need to tweak to get him to stay pink :)

Posted by SuziQCat at 6:30 AM
Labels: Cardiology, Side effects, Tanner, VET, Weight Loss